Played on via Steam PC with a 360 controller.

From the Editor: "When I play '20XX,' I feel like a Robot Master, one who's light and fast but is also in search of that next great weapon or ability."

'20XX' has been in development since mid-2013. The game was part of a successfully funded $20,000 Kickstarter in April of 2014 and went into beta phase in Early Access late last year. The developer, Batterystaple Games, has said that the game will be finished in 2016 but also that it will "be done when it’s done".

'20XX' is a 2D action platformer inspired by the venerable 'Mega Man' series of games. The gameplay is the typical repertoire of wall jumping, buster shooting, spike/lava avoidance and all that, but it adds a wrinkle in the form of heavy replayability and a roguelike style. Every playthrough offers different levels, enemy formations and so on, and also selections from a large number of power-ups. Defeating a boss nets the player their choice of prize, from the boss' power to money to passive bonuses. Money, called "nuts", is exchanged at vending machines for health or other prizes. Soul nuts can be collected by defeating mini-bosses, and are used to buy power-ups back at base in preparation for the next run. 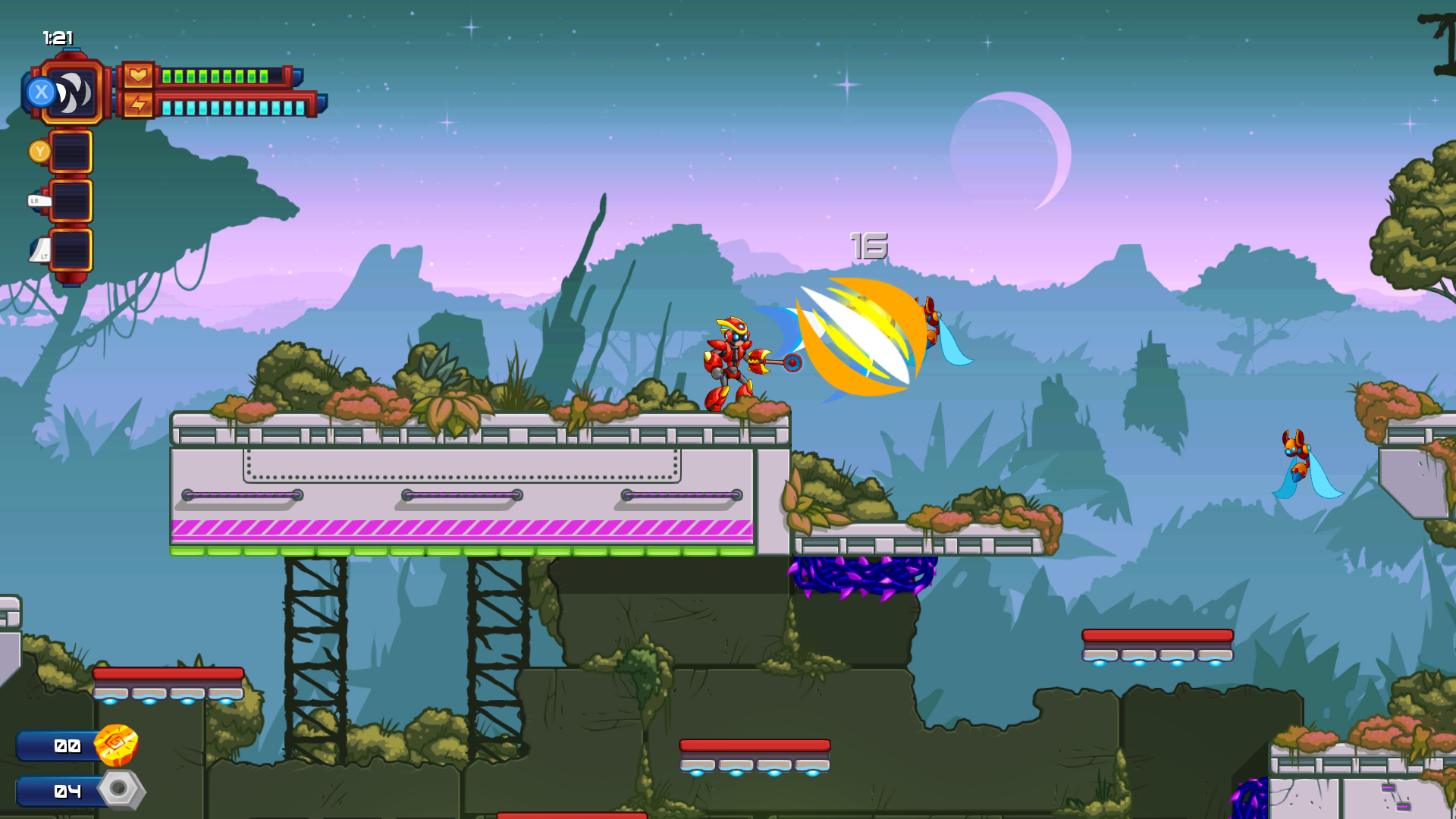 Batterystaple did excellent work in merging classic platform mechanics with more modern accoutrements. The heroes of '20XX' have fluid, responsive controls. The difficulty here comes only from the content and not any glitches or technical problems - if I didn’t know any better, I would have thought the game was in a release state (except for co-op - we’ll talk more about that later). One of my favorite things about the roguelike genre is that no matter how many times I die, the game rewards me in small ways, usually by adding an item to an unlockable collection. Then I have a chance of finding that item, which may be very powerful, in a future run. 'The Binding of Isaac' makes great use of this mechanic, for instance, and so does '20XX'. The pre-game item shop would not only unlock an item permanently, but also place it into my current inventory. Of course, this item shop can only be visited upon death, although there are other shops within the levels where I could spend my hard-earned nuts.

For skilled players, many power-ups can be collected over the course of a single run, by defeating bosses and beating time challenges. The game would rapidly become arduous without them, as every level ups the difficulty significantly. Over the course of my testing I was quite pleased with myself if I completed three levels in a row, which might seem weak, but '20XX' gets pretty difficult, in a good way. The platforming is so fun that I was all too eager to start another run.

Speaking of the platforming, it’s more akin to the speed and style of 'Mega Man X' over classic 'Mega Man', and perhaps even faster than that. There are certainly more enemies onscreen at once, but it’s not a bullet hell. The enemies all generally follow recognizable patterns and are easier to overcome than the jumping and sliding, which amps up to insane levels as the stages are cleared. Even though I’m not a hardcore platforming enthusiast, '20XX' is an excellent teacher and it wasn’t long before I was pulling off sick slides and turbo jumps, although there were plenty of falls into acid and bottomless pits along the way. It isn’t a one-hit-and-you’re-out type game - the heroes have health bars that can be replenished and upgraded over time, and confident players can even gamble away their health for other goodies. 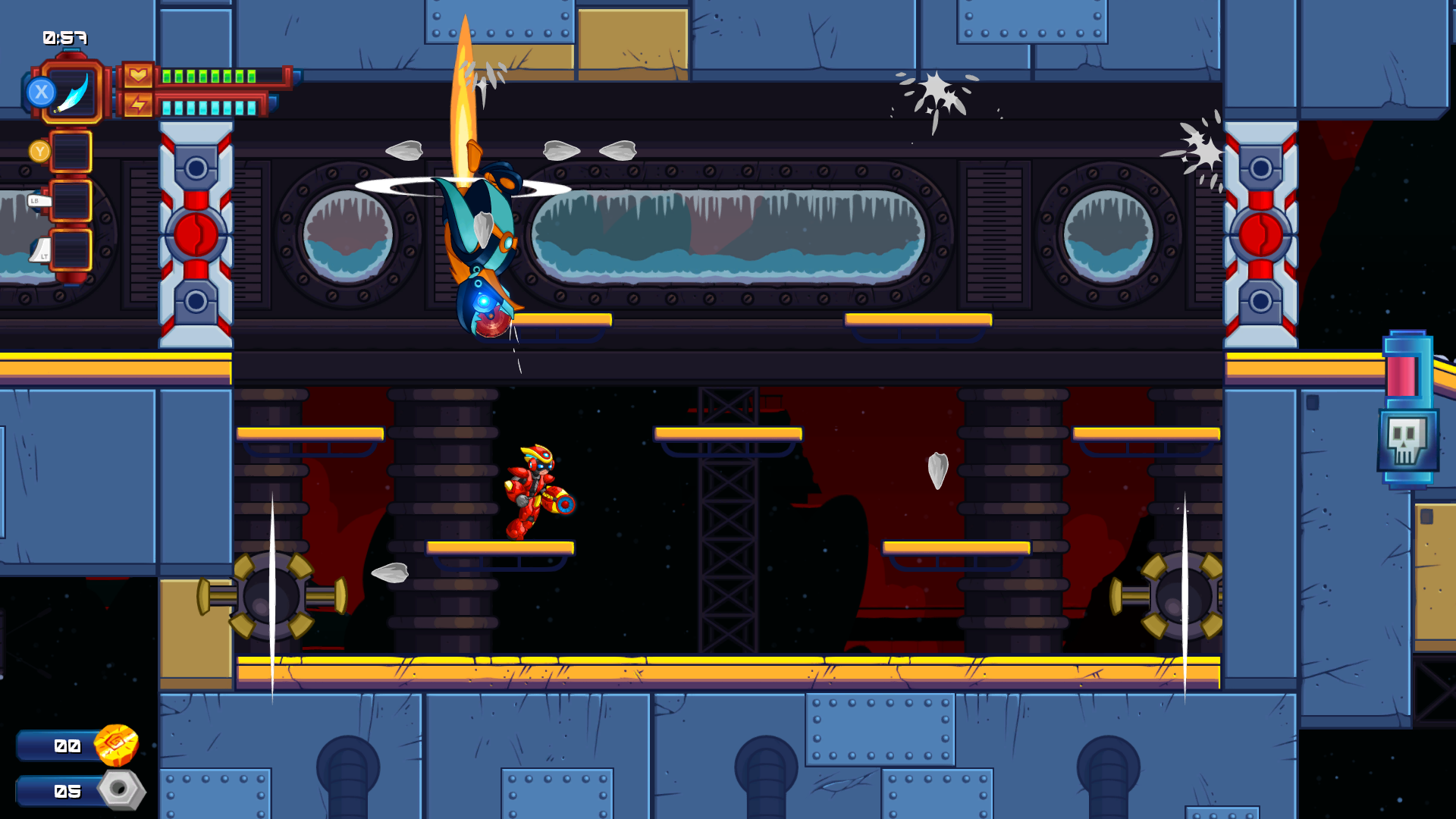 As mentioned, there are two heroes that I was able to experience: Nina and Ace. Nina is the more conventional character, with a rapidfire long range weapon and decent speed. Ace cannot shoot anything (with his primary weapon), as his gun is replaced with a short- to medium-range sword that does heavy damage, but leaves him vulnerable to faraway enemies. He can also move quicker than Nina, so I could close the distance and shred enemies before they launched too many mortars or shoot too many lasers. I enjoyed Ace the most but Nina is also a capable fighter. The Kickstarter campaign mentioned other heroes for stretch goals that were not achieved, but I do hope that Batterystaple is able to add more eventually. 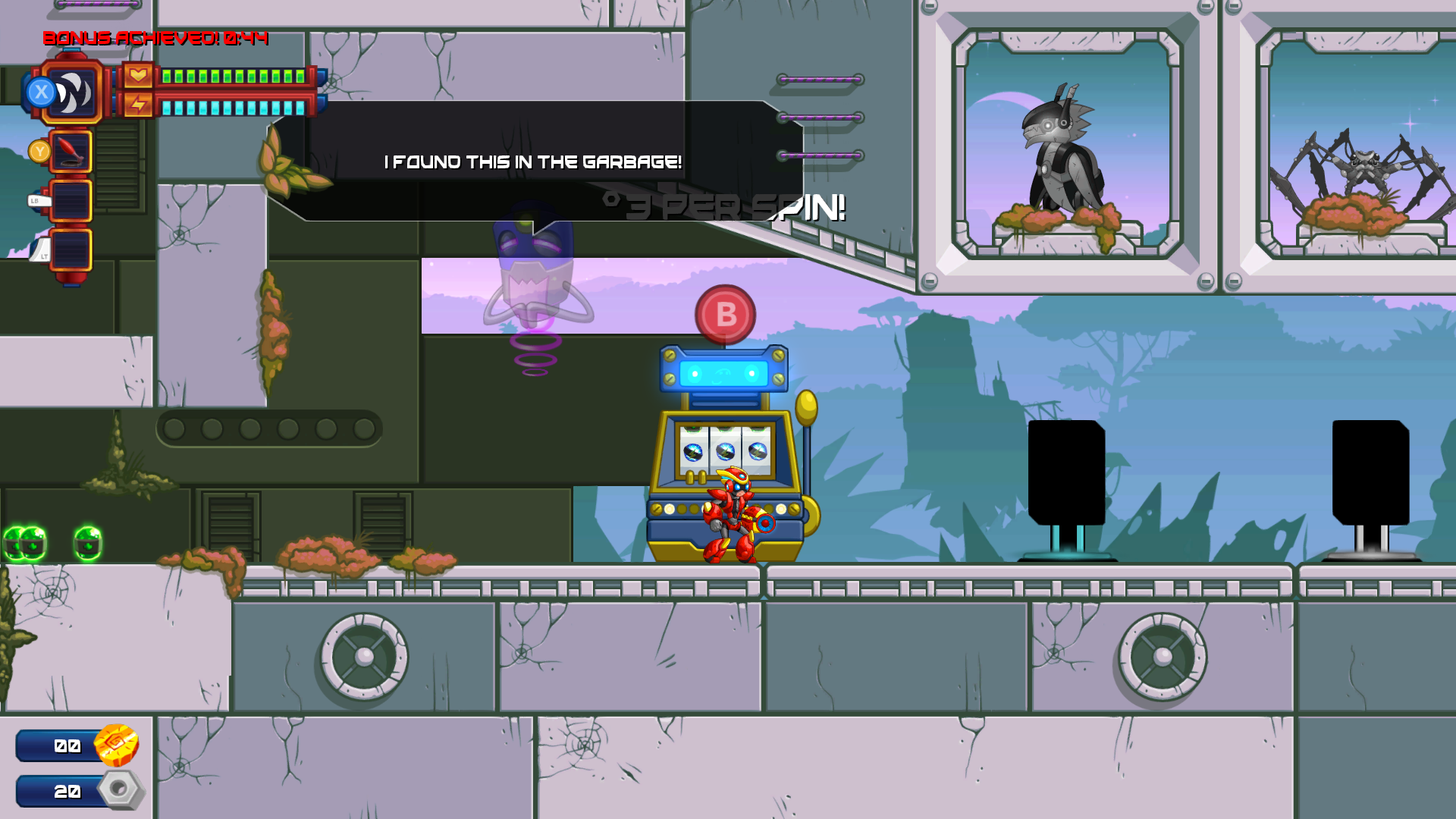 Although it does look like a classic platformer in terms of its general aesthetics, the game has a high-res animated palette much more in line with today’s standards. It has even come a long way since its Kickstarter days nearly two years ago, when it was looking a bit rough, to be honest. Now it hums along smoothly in all of its 2D goodness with nary a drop below 60 fps. The music and sound effects are pure chiptune, straight out of an 80s arcade cabinet with a dash of robotic hopefulness. 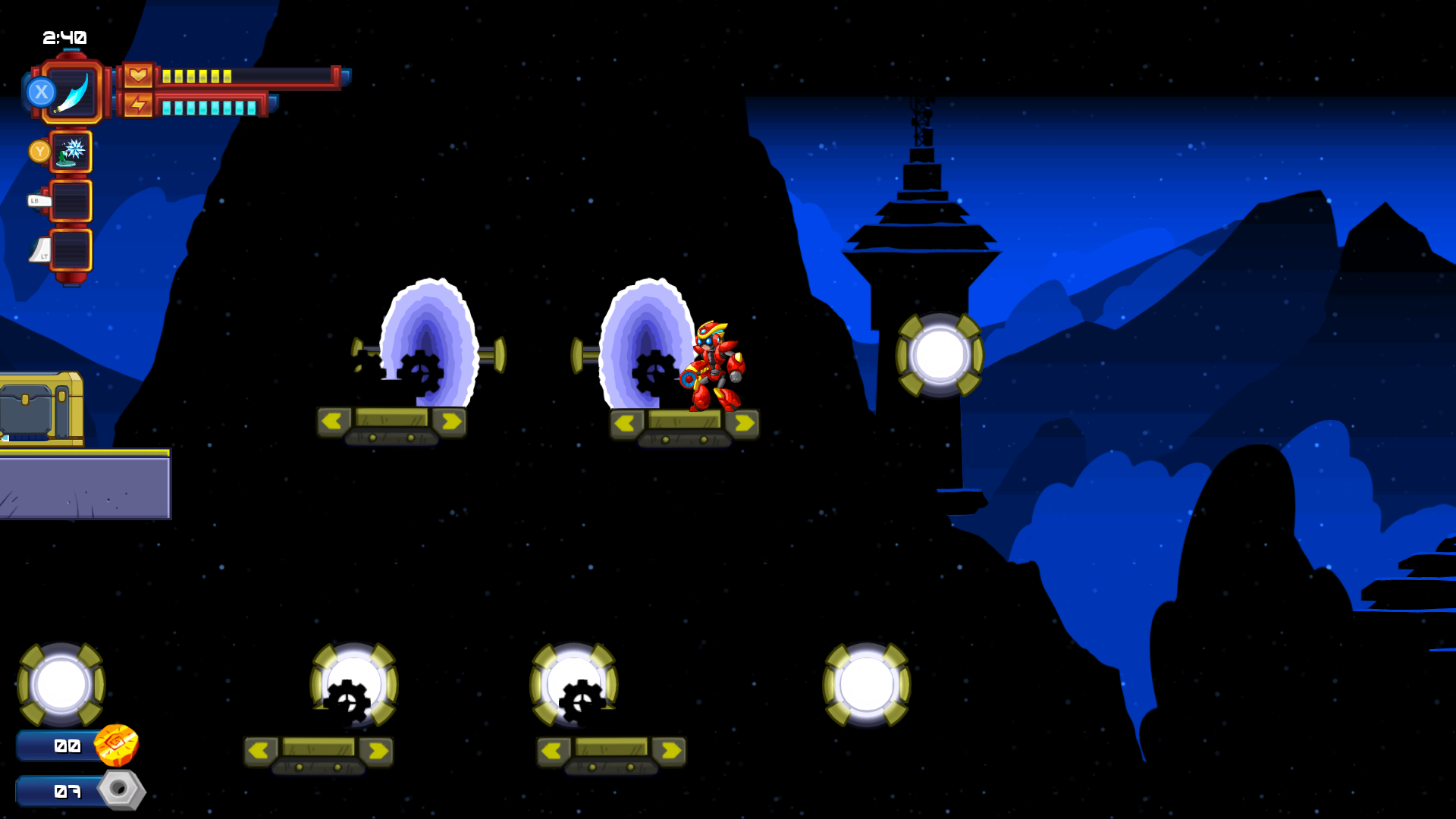 I only have one complaint about '20XX' and that is the network co-op multiplayer was not functional. I was unable to be matched with or run through levels with other people in any capacity. In its defense, the game does have a disclaimer when the co-op menu is opened that says something along the lines of "This probably won’t work". It could be the difference between a great game and an exceptional one, something I’m sure Batterystaple knows, so I doubt that Early Access will end before this feature is fully functional.

I was not following '20XX' before this Early Access playthrough (by accident, not design), but it has converted me to an adoring fan. It's only $11.99 in the Steam store while it’s in the design phase, which may not be for too much longer.