Sorry, Folks, 'Alan Wake's Not 'Return'ing Yet After All

Remedy trademark isn't what you think.

A few weeks ago, some sharp internet users managed to dig up that Remedy had filed a trademark for for an intellectual property and website called 'Alan Wake's Return', which many were hoping was a sure sign Remedy were planning to continue the adventures of everybody's favorite author. Good news: 'Alan Wake's Return' definitely exists. Bad news: It's only as an in-game television series in 'Quantum Break'.

Similar to the hilarious 'Lords and Ladies' series that was on all the TVs in the 'Max Payne' games, 'Alan Wake's Return' will be a full on live-action series that shows sporadically throughout the game. They'll even be starring Max Payne himself, Sam Lake. The trademark filed was basically just a CYA policy, in case the series stepped on anyone toes along the way, according to Lake. 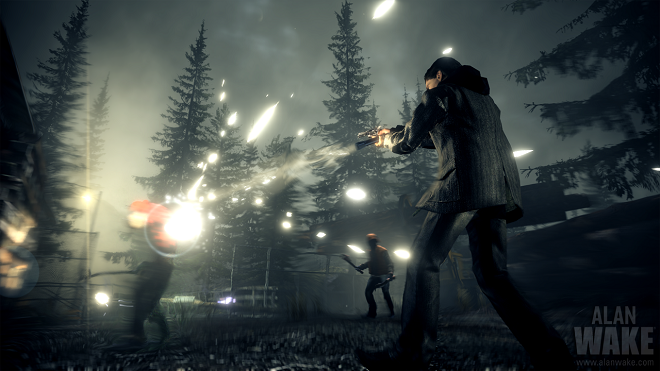 So, tl;dr, "[there's] no real news about anything future Alan Wake-related."

Having said that, don't give up hope entirely yet. Lake did have this to add: "we are exploring possibilities and concepting different things, but lots needs to click into place for anything to happen. We will be the first to talk about it when there is something definite to talk about." One can only imagine that packing the original game in with 'Quantum Break, and thus putting the original game in front of more eyeballs can only help remedy's case when trying to prioritize a sequel after Quantum Break's a done deal.