With 'Pillars of Eternity: The White March: Part I,' Obsidian & Paradox Interactive Are Doing More Than Just Expanding The Hit RPG

Even Obsidian is surprised at how the base game will change.

The idea of a proper game expansion is something of a lost art, what with forgettable, shoddily produced DLC regularly being slapped with the title of 'Expansion.' Of course, isometric RPGs were also considered a lost art not all that long ago. That was before the Kickstarter-rattling 'Pillars of Eternity' hit the market. (Review here.)

Thus, it should come as no surprise that the first expansion for 'Pillars' is most definitely ambitious in aspect and scope. It's even more ambitious than the name, 'Pillars of Eternity: The White March: Part I' suggests. It's pretty clear that with Obsidian and Paradox Entertainment actively developing for 'Pillars' (as opposed to say, ditching it and moving on to a new project), the idea of expanding the game is being fully explored.

Having seen the expansion in action and having talked to the team at Obsidian (lead by Producer Brandon Adler) about the new features and lore, I'm comfortable with pointing out just how much more is in the works than just checking the box in terms of a expansion that was promised back in the Kickstarter phase. For spoilers about the lore, please skip down, because first, I want to cover what's new in 'The White March Part I,' and how it will change the greater game. 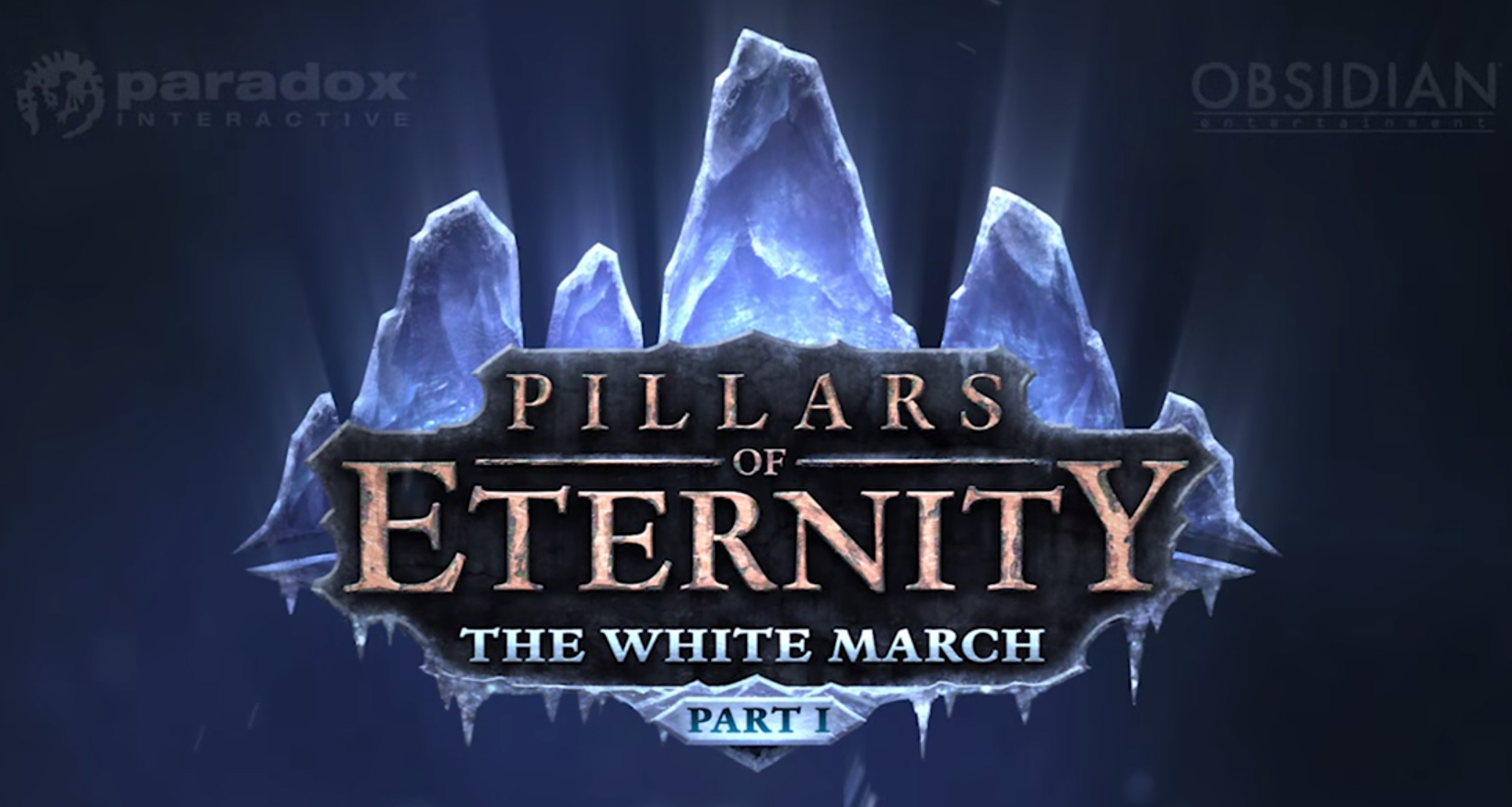 Yes, this expansion has long been promised, and in a way it represents the final backer promise. The expansion will raise the game's level cap from 12 to 14, and it adds new spells, abilities, and talents for all 11 classes. It will also add two new companions, the Devil of Caroc and Zahua.

The expansion will introduce soulbound weapons whose characteristics will change depending on the class of the party member to whom the weapon is bound. These weapons will get stronger over time, so that choice is even more important.

While these are nice, juicy expansion-esque features, there are others of a greater significance. With the expansion, Obisidian is going to introduce several fan-requested changes that will fundamentally alter how the game is experienced. For example, cross-class (aka multi-class) talents will allow players to really get creative with their party members' skills. Case in point, the rogue who can frenzy like a barbarian, or summon skeletons. These talents won't be exactly like if they were primary class talents, but still, the options will be many. 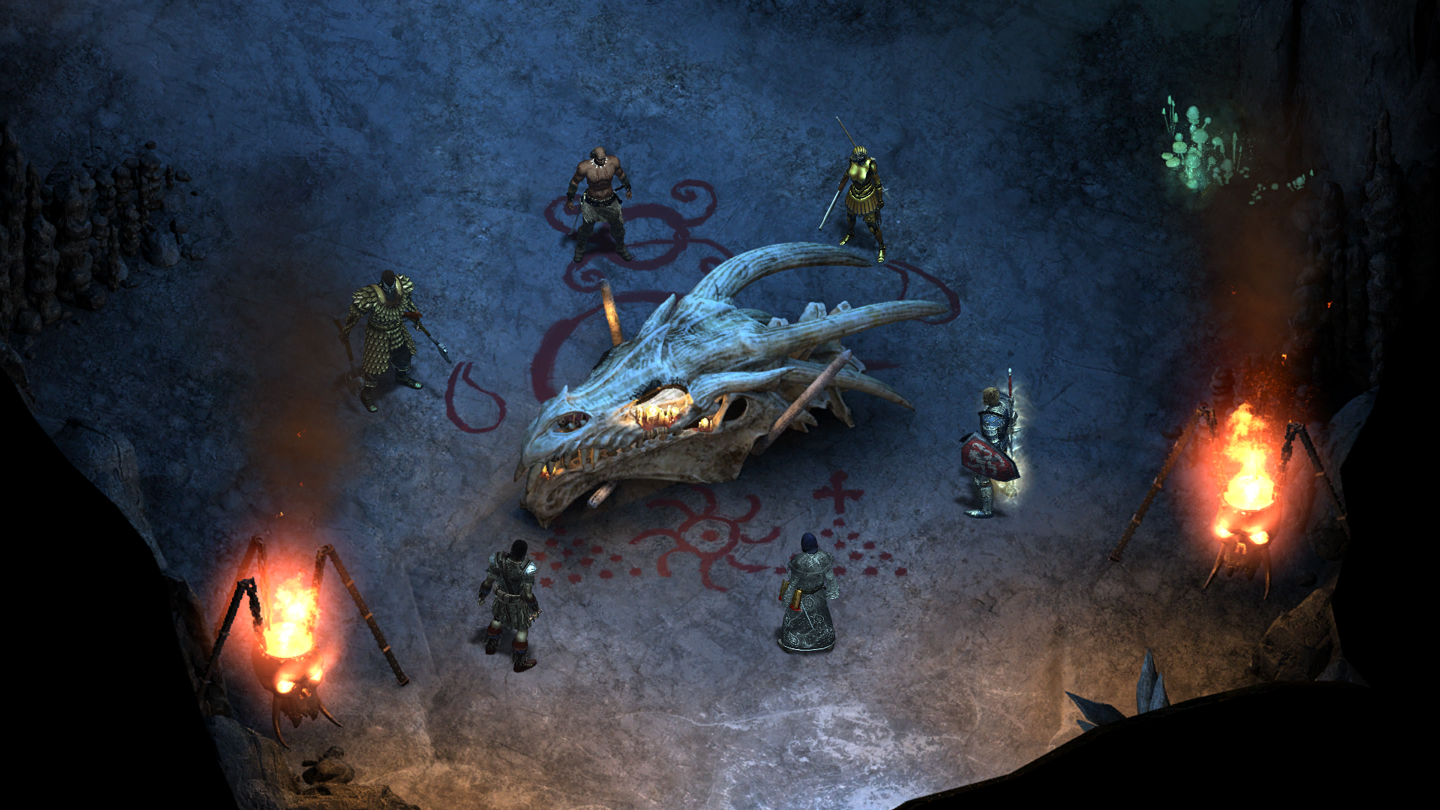 Class importance and distinction is like to increase, however, what with the soulbound weapons, and the new Party AI scripting system. With class-specific party behavior options, players will gain a greater default way to control their party members, and this deeper set of orders can be toggled on or off with click of the UI or hotkey.

Even still, the way that stealth is handled is changing. In 'Pillars,' the party's stealth status was all or nothing, and at first detection, all party members and most AI enemies were drawn into battle. With the expansion, stealth will be handled on a per party member basis, and that means that players can exercise a much larger degree of tactical ability prior to combat, positioning their party members in a way to exploit detection. This may sound too powerful, especially for those players willing to infiltrate and backstab enemy positions, but there is a catch. Enemies will also behave in manner more attune to individual stealth settings.

These changes are being worked back into the main game, and as it turns out, many enemies have grown a bit wiser and a bit tougher as a result. For veteran 'Pillars' players, these features are bound to touch a nerve, but hopefully in a good way. (Party A.I. changes, Individual Stealth, and Spell Range Indicators, and Accuracy Indicators will be updates for all owners of 'Pillars of Eternity,' and not just expansion buyers.) 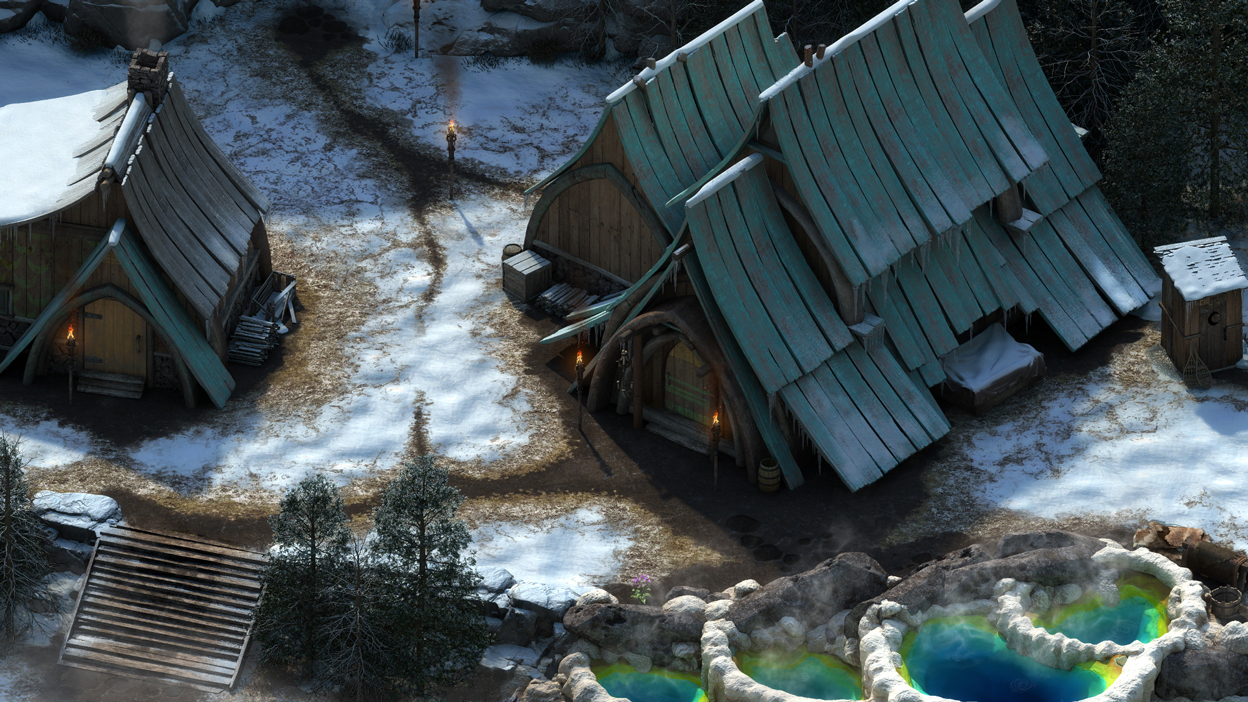 While the release date for 'Pillars of Eternity: The White March: Part I' remains elusive, Obsidian has described 'Part I' as aspiring to the size of 'Baldur's Gate: Tales of Sword the Coast.' The expansion content is meant for mid to higher level 'Pillars' players. While it's not barred from early game access, players should bear in mind that the new content can scale all the way up to those have already beat the main game. (New players will want to choose to play the expansion content now or later.) And the story details are already flowing.

From your stronghold in the main game, pleas for assistance arrive from the village of Stalwart. While the village itself and its ogre menace are not specifically your dream quest, the nearby Durgen's Battery calls out to you, promising to reveal the lost secrets of Durgen Steel to whomever is stupidly brave enough to come looking.

In an example from Obsidian, the player goes to confront an ogre matron. The player wants the ogres to knock off their attacks and to grant access to Durgen's Battery. Naturally, slaying all of the ogres will accomplish these goals, but should the player talk the ogre matron into assistance, they will not only achieve those goals, but they will also find the local ogres considerably more peaceful. Even better, the ogre matron's throne room will become a new hub for the player. 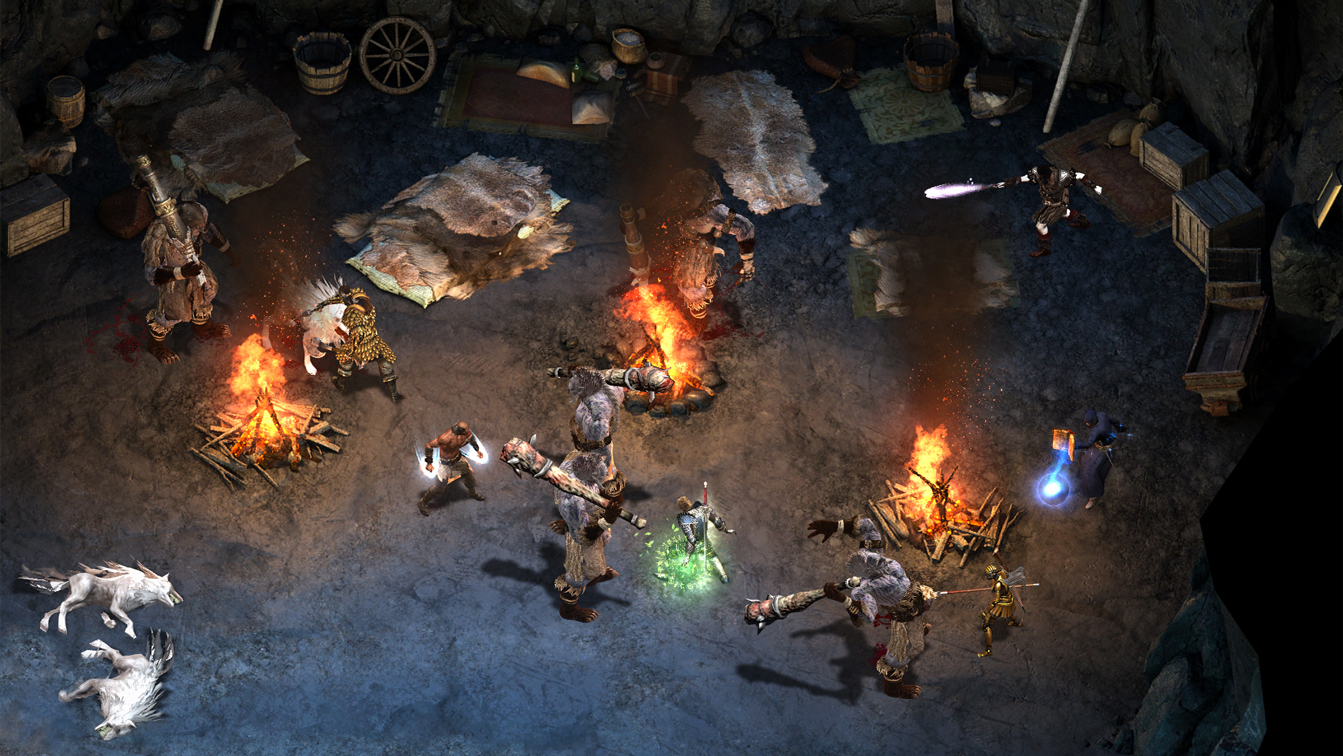 Another big change for the expansion involves the text-based scripted events. These events will now check more player stats and offer more options thereof. In the example that Obsidian gave, the player and party become trapped underground. The player could use one of the new abilities, the Barbarian Dragon Leap, to become free, but the other trapped party members would suffer considerably. Instead, a party wide magic armor is used with the results being a much healthier party.

The Devil of Caroc (rogue) can use her smoke bomb to evade dense combat situations while the drug monk, Zowa can summon fire and ice monks to assist in battle. Another new ability saw a giant hammer positioned above enemies that crushed while it pinned. The hammer grows larger with each strike.

These new members, the new abilities, the souldbound weapons and so on, can be used in the base game as well, which helps to explain why 'The White March' is being divided up into parts. The idea is to get the content into players' hands, and to continue to use player response to guide continued development. 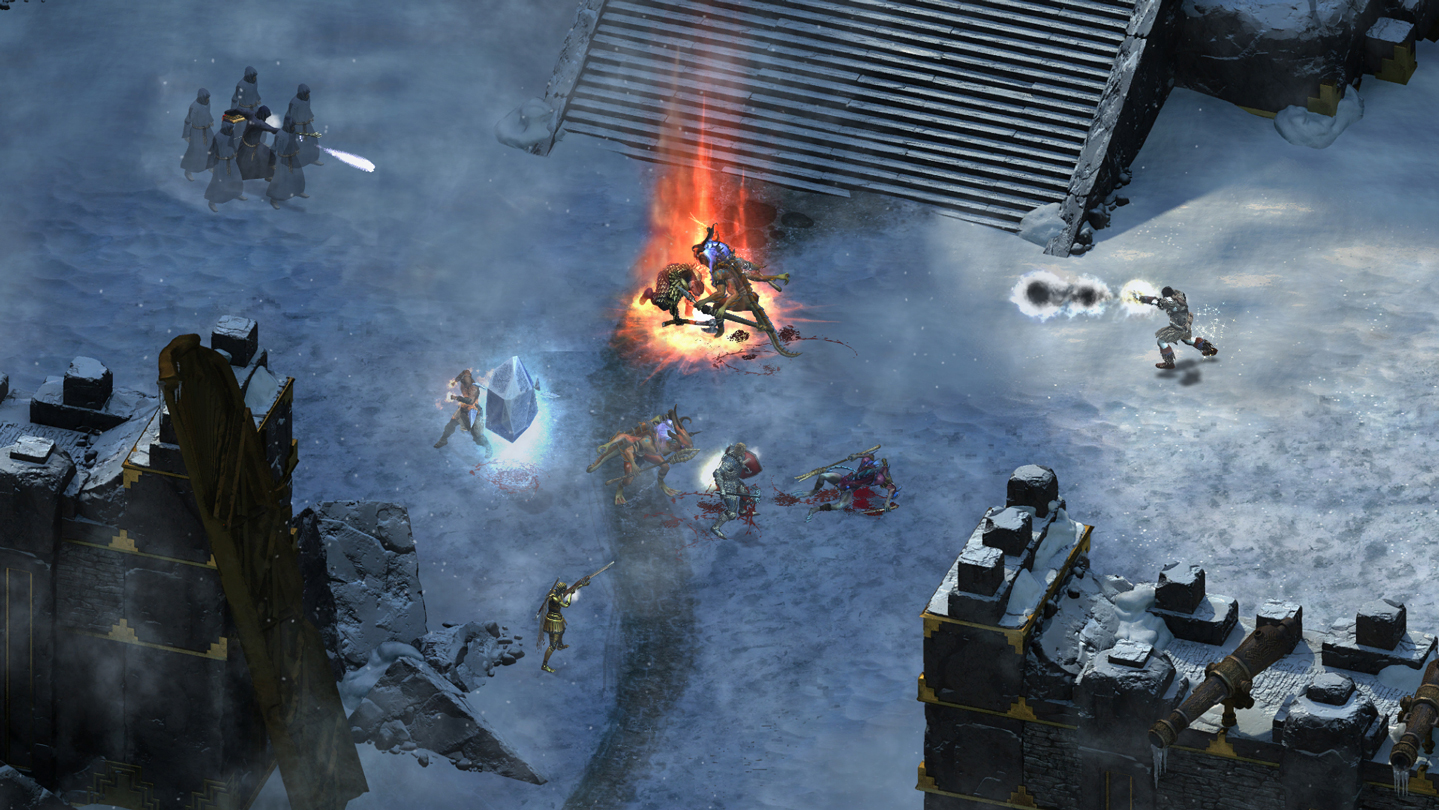 Further detailing of 'Pillars of Eternity: The White March: Part I' has been promised by Obsidian & Paradox Interactive ahead of release. For now, players must wait, knowing that a smash-hit is being prepped for major changes as part of a major expansion.