After a year of quiet, 'Gone Home' is coming to consoles on January 12th. This version has been built on Unity 5, and will be published by Midnight City for the PS4 and Xbox One

A top aim of this version of the game is to replicate the PC version experience on the consoles. That ought to mean the console version will be identical to the PC version, with few concessions given to suit a living setting. 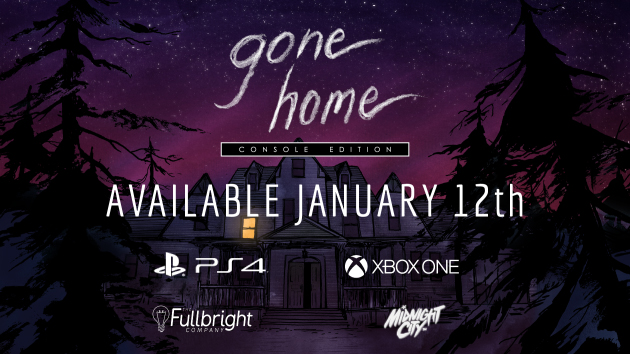