Long time Marvel fans, bettter known as the creators of Ratchet & Clank, set out to create a 'Spider-Man' console showpiece.

Insomniac Games Creative Director, Bryan Intihar, called the collaboration with Sony Interactive and Marvel a "dream come true." He also described what we can expect out of the gaming experience, not only including fan favorites like "Spidey’s acrobatic abilities, improvisation, and web-slinging to life. But we also want to introduce new elements that players have never experienced with Spider-Man, ranging from traversing with parkour and utilizing the environment, to new combat and blockbuster set-pieces."

Insomniac is developing and Sony is publishing, so this game will likely stay a PlayStation exclusive. Likewise, it's important to not that this game is tied into any film project and has its own story. 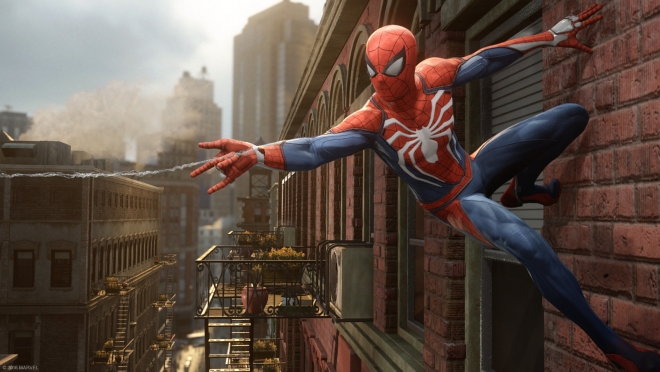 Honestly, if the game plays half as well as that trailer, and these screengrabs, look... sign - me - up. Let's expect it come 2017.