Atlus has announced that 'Persona 5' is for certain coming to North America for both the PS4 and PS3.  The hard news is that while the game is due out in September in Japan, it won't be out in North America until February 14th. (No word yet on a EU release.)

The rest of the announcement has to do with preorders and a Premium Edition.

'Persona 5' will have a SteelBook Launch Edition (For the PS4, preorder here.) 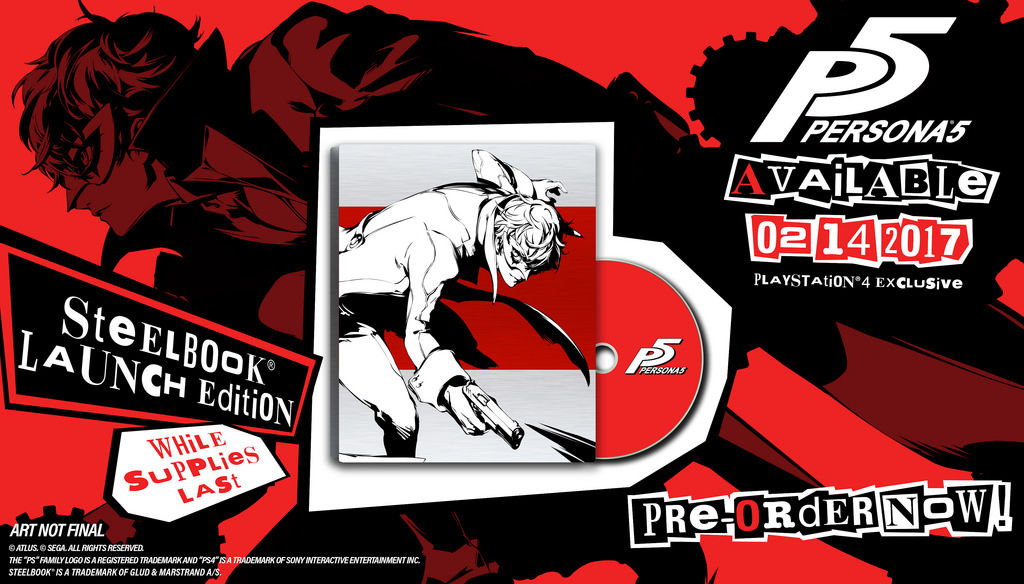 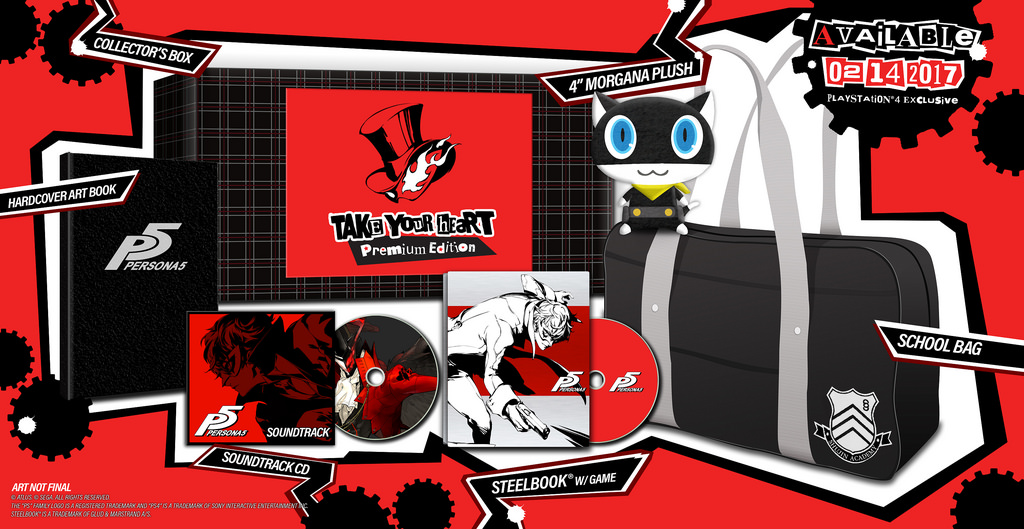 Here are the Premium Edition contents:

Soundtrack CD: A selection of music from Persona 5 by legendary series composer, Shoji Meguro, in a CD sleeve featuring special P5 artwork.
4” Morgana plush: Morgana the Phantom Thieves’ cat is not just the mascot of the Phantom Thieves, but also a member – and also not just a cat! The premium edition includes an exclusive 4” plush of Morgana.
64-page hardcover art book: This art book is full of concept sketches, character art, and more by character designer Shigenori Soejima.
SteelBook: As strong as a vault, the game disc for the PS4 will come specially packaged in a SteelBook collectible case, emblazoned with Persona 5 designs.
School bag: Designed after the traditional school bags in Japan, the exclusive replica bag comes complete with the Shujin Academy crest.

You can find the latest info on 'Persona 5' linked from our Video Game Release Schedule.