Day and date with the console verions.

Konami is promising a grand new look at 'Metal Gear Solid V: The Phantom Pain' at this week's Gamescom, but today, the company has a load of big news about the PC version. ($60, order here.)'The Phantom Pain' on the PC has now been moved up in terms of its release date to September 1st, putting it on the same day as the console versions. Beyong that, the PC version will include a free copy of the PC version of 'Metal Gear Solid V: Ground Zeroes' (review here), a collector's behind the scenes video and two DLC items, the Venom Snake emblem and the Mother Base Staff.

Even better, while 'The Phantom Pain' will have 4K support and is tied into a new GeForce GPU promo, Konami is promising an optimized (rather than bloated) PC experience, and one that includes a greater set of graphics options over 'Ground Zeroes.' These options, however, are specific to gameplay and these greater tweaks are not going to affect the game's cutscenes. Official Windows 10 support is coming, but isn't expected until after the game is released. This isn't to say the game won't run in Windows 10 on release, but Windows specific fixes will come post-release. The PC version will also offer users custom soundtracks via MP3s.

These changes and features come as a response to fan requests, and there may be more in store through patches but it'll be post-release.

One big thing to note is that Metal Gear Online, 'The Phantom Pain's online mode, is set to launch on console's on October 6th while the PC is set for January 2016. 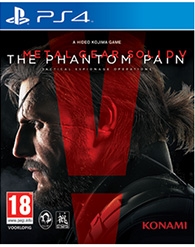 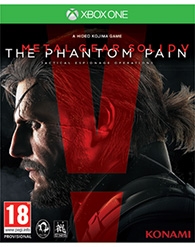