It's exclusive to the watch, but still needs the phone.

As a new product, the Apple Watch has a huge wake that threatens to such in all kinds of speculation. One such speculative area would be gaming, and renowned retrostyle game developer, WayForward, has quickly moved to end some of that speculation. With the announcement of 'Watch Quest -Heroes of Time,' the Apple Watch is getting its first notable game, and its' an RPG that's set to launch alongside the Apple Watch on April 24th.

Some things to note about 'Watch Quest.' First off, the game does not run solely on the Watch. 'Watch Quest' starts on the iPhone, where heroes are chosen and equipped. With heroes in hand, the player can then move to the Watch.

Next to know, gameplay on the watch includes traveling the land, battling monsters, solving puzzles, and looking for loot. This can be done in both active and passive modes, with the game supporting tougher, longer quests for getting better gear for veteran players.

The game is basically free to try with a single quest, and players buy additional campaigns and characters through in-app DLC. 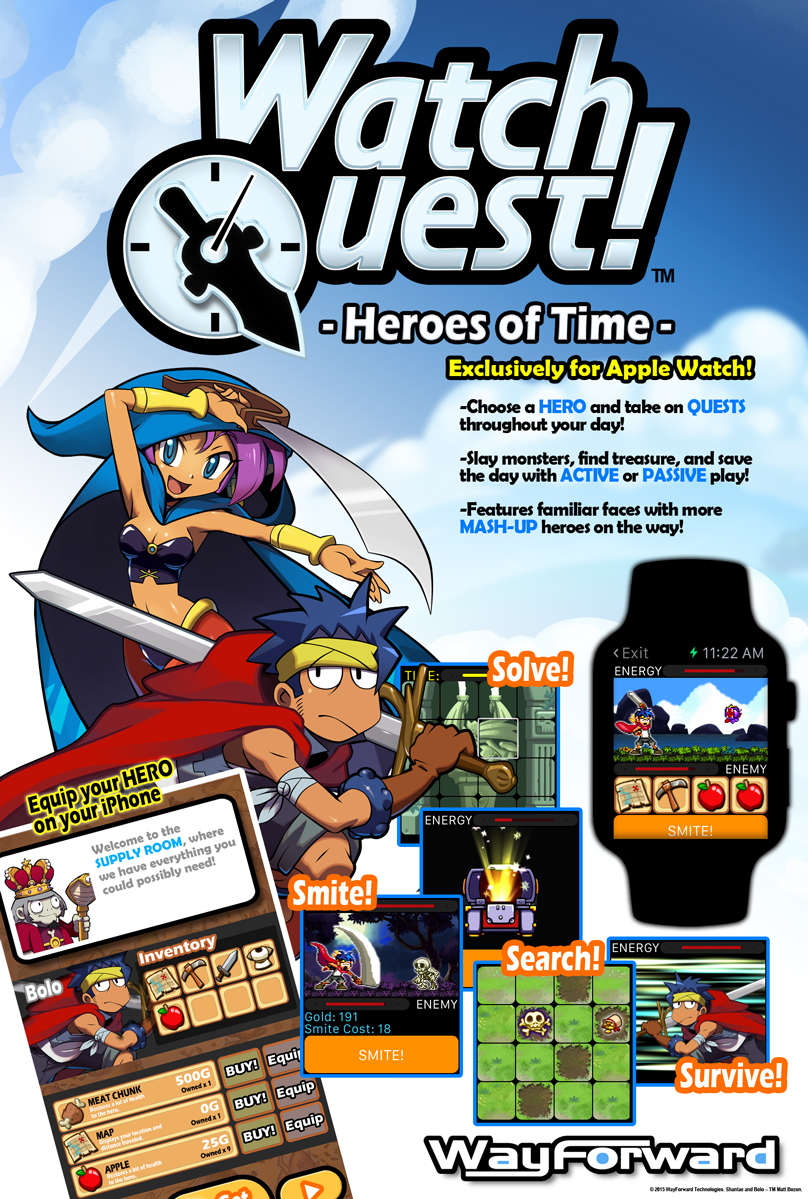