Today, in separate announcements Sony has finally confirmed the existences and near release of both a 1TB PS4, and an improved 500GB design. First of all, with regards to the 1TB PS4, as announced, this model has been dubbed the 1TB PS4 Ultimate Player Edition, and has been announced for a July 15th release in "select Europe and PAL territories."

Naturally, since the PS4 has an upgradable internal hard drive (see here), the creation of a 1TB model is not all that significant, and pricing information is still to come. Still, it's likely that a 1TB PS4 will release in other territories in 2015. 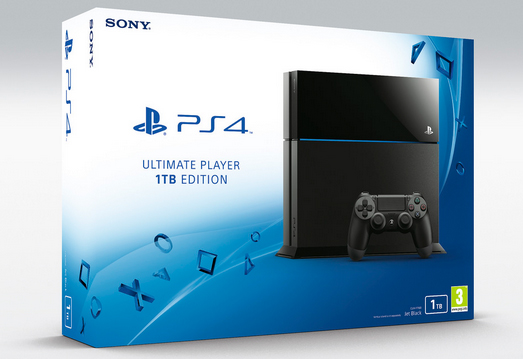 The other PS4 model announced today, the CUH-1200, appears to be iterative design. With a 500GB drive and both Jet Black and Glacier White variants, this new model boasts a 10% reduction in weight and an 8% reduction is power usage. The new colors also include matte hard disc drive bay covers, which makes for an all-matte design out of the box.

This new model is promised for release in Japan towards the end of June, with North America, Europe, and other Asian countries to follow.

In effect, neither of these announcements are particularly earth-shaking, especially since the CUH-1200 is shipping with the 500GB drive size. And yet, it would seem that these are the options (minus bundles) that prospective buyers can expect for 2015. A CUH-1200 with a 1TB is an option that could come about very quickly.