Remember those High Moon Unreal 3 'Transformers' games? Well, the later of the two, 'Transformers: Fall of Cybertron' has been listed in Sony's online store for PS4. 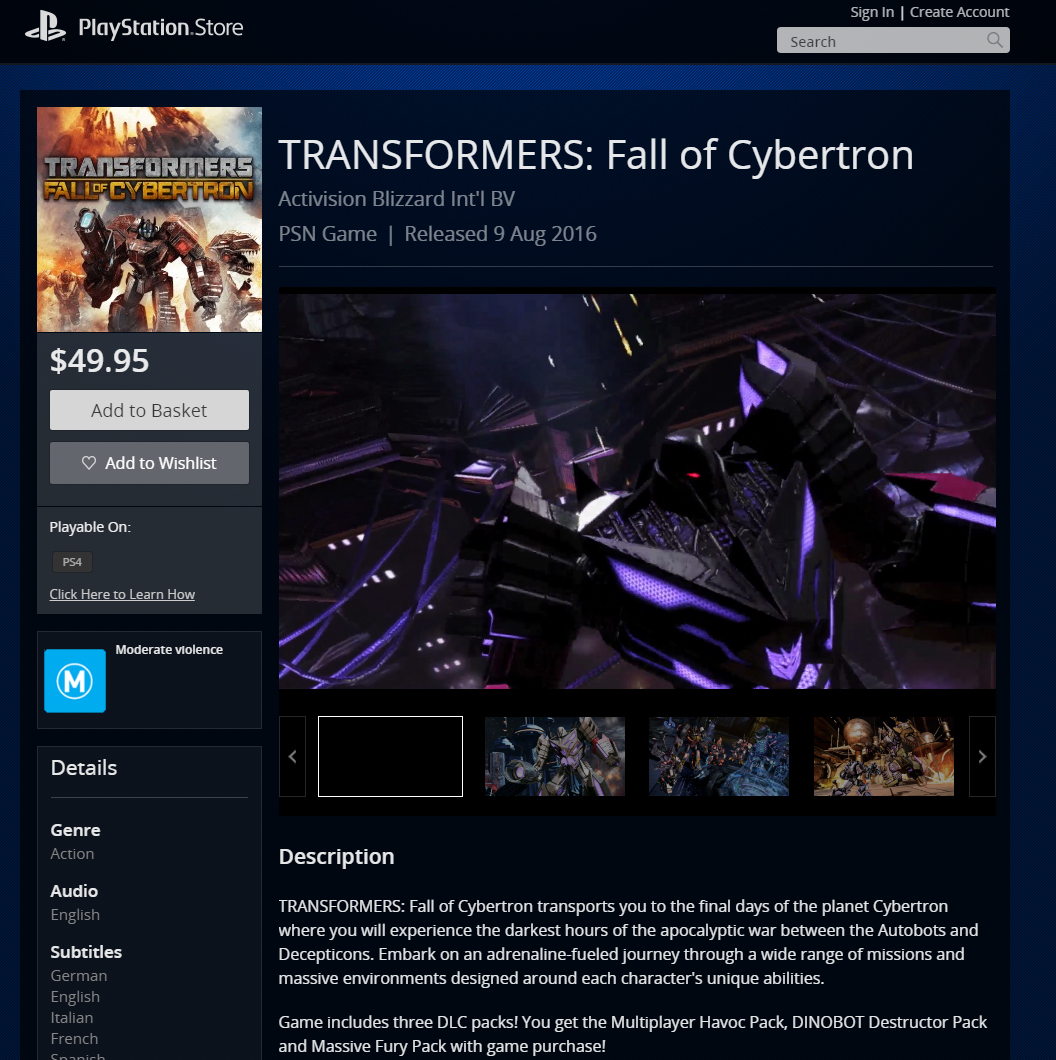 The release date is listed as August 9th. The PS4 version is listed as including the DLC packs. (And with a price of $49.95)

'Fall of Cybertron' originally hit the PS3, 360, and PC in 2012. Like its predecessor, 'Fall of Cybertron' is very much a third-person shooter, but with vehicle transformation and combat available at most any time. As such, all Transformers depicted (no matter how classic) turn into vehicles. The game has two different campaings with both have different character options as well as a team-based multiplayer shooter mode.