Such a stunning game.

At that time, players will be able to enter a world that looks and sounds a bit different from the typical 8-bit/16-bit platformer available in most games. As seen in the new launch trailer, there's a lot more to the levels than just orbs of light.

'Ori and the Blind Forest' is priced at $19.99 for either platform. Sadly, this has not been specified as a cross buy title. 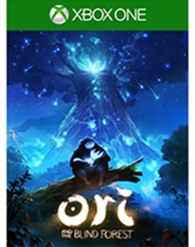