Uses USB, a retractable mic, and 7.1 virtual on the PC.

This Sunday, Razer will release a new headset, the wireless Razer ManO'War, The ManO'War sports 50mm drivers that have been designed to offer users positional audio both with and without the PC-based 7.1 virtual surround sound. The headset uses 2.4Ghz in a dual antenna channel hopping implemenation. 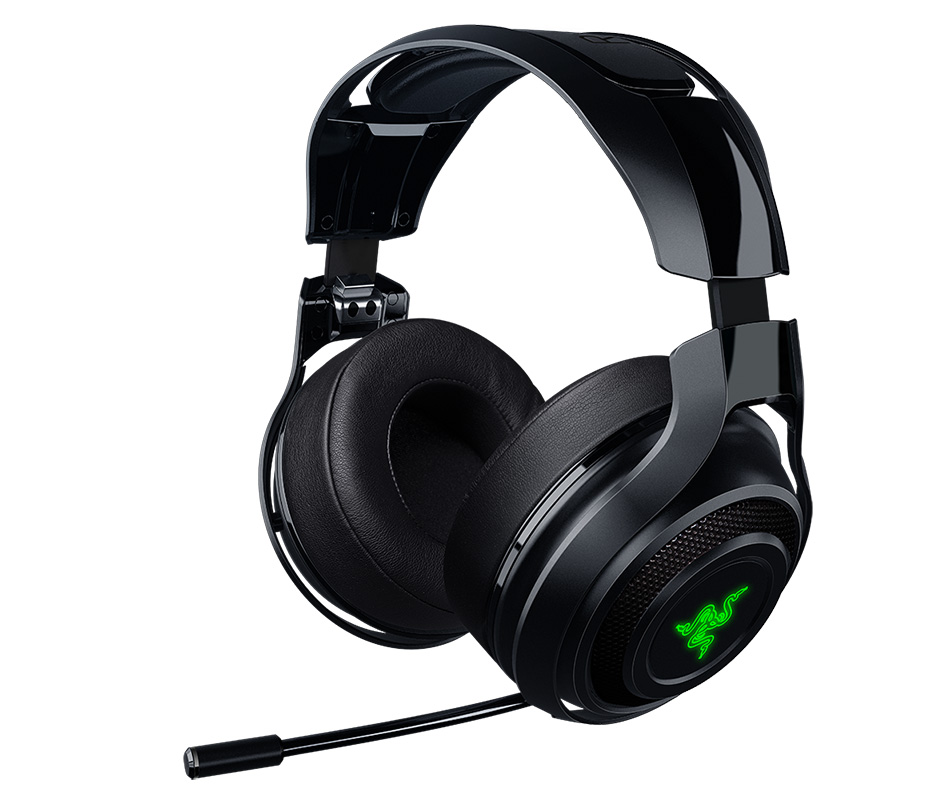 The closed headset includes a retractable, unidirectional mic and of course, Razer's Chroma lighting features on the outside of each ear cup. Razer is promising a 39 foot range via the ultra-compact wireless USB adapter and a 46 foot range using the included optional dock extension. That range, plus a 14 hour battery life has the ManO'War in position for both gaming and streaming.

The ManO'War is PC and Mac compatible (Windows 10, 8, 7, Vista, and Mac OS X, 10.9 and higher), but Razer is also touting compatibility with the PS4 (stereo only, also only the Spectrum cycling lighting effect).