Housemarque's PS4 launch title 'Resogun' already had one big announcement today, PS3 & Vita versions, but here comes another. What is being described as the "final expansion pack", 'Resogun Defenders' is coming in early 2015. Details are slight, but the new expansion will feature two new game modes, Protector and Commando, as well as new ships, and new planets.

Alongside the paid content, there will be a free patch for all "Resogun' owners, which is code named "Challengers." This patch will add new challenges and feats across game modes and will let players ear challenge points and gain ranks as a Resogun Pilot. 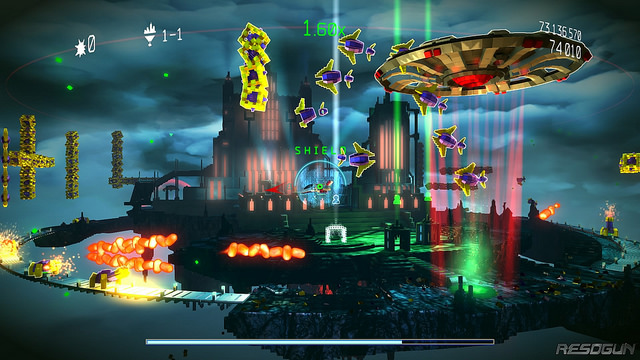 Of course, 'Resogun Defenders' will be playable at this weekend's PlayStation Experience. The expansion is priced at $4.99, but is included in the $7.99 Season Pass.