Square Enix once again cornering the marker on CEs.

Announced earlier this year, 'Final Fantasy Type-O HD' is coming to the PS4 and Xbox One on March 17th. Pre-orders and first run copies of the game will include a playable demo for 'Final Fantasy XV' and the publisher has confirmed that this demo, Episode Duscae, will be exclusive to this offer, and will not be made available later. Square Enix has also unveiled a Collector's Edition, which will be available at multiple retailers, but can be pre-ordered for both PS4 and Xbox One direct from Square Enix right now. (The CE is priced at $99.99, order here.)

Collector's Box and Game Disc (PS4 or XBOX One)

80 PAGE ART BOOK: Dive into the war-torn land of Orience through its illustrations and art renders. 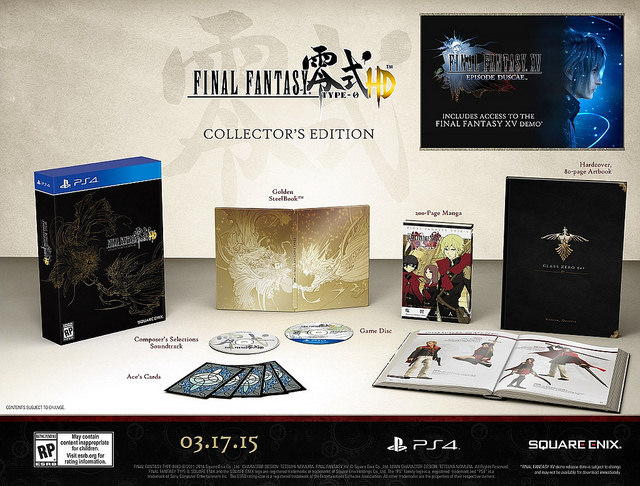