'LEGO Star Wars: The Force Awakens' Due Out This June on PS4, Xbox One, Wii U, PC, Etc. 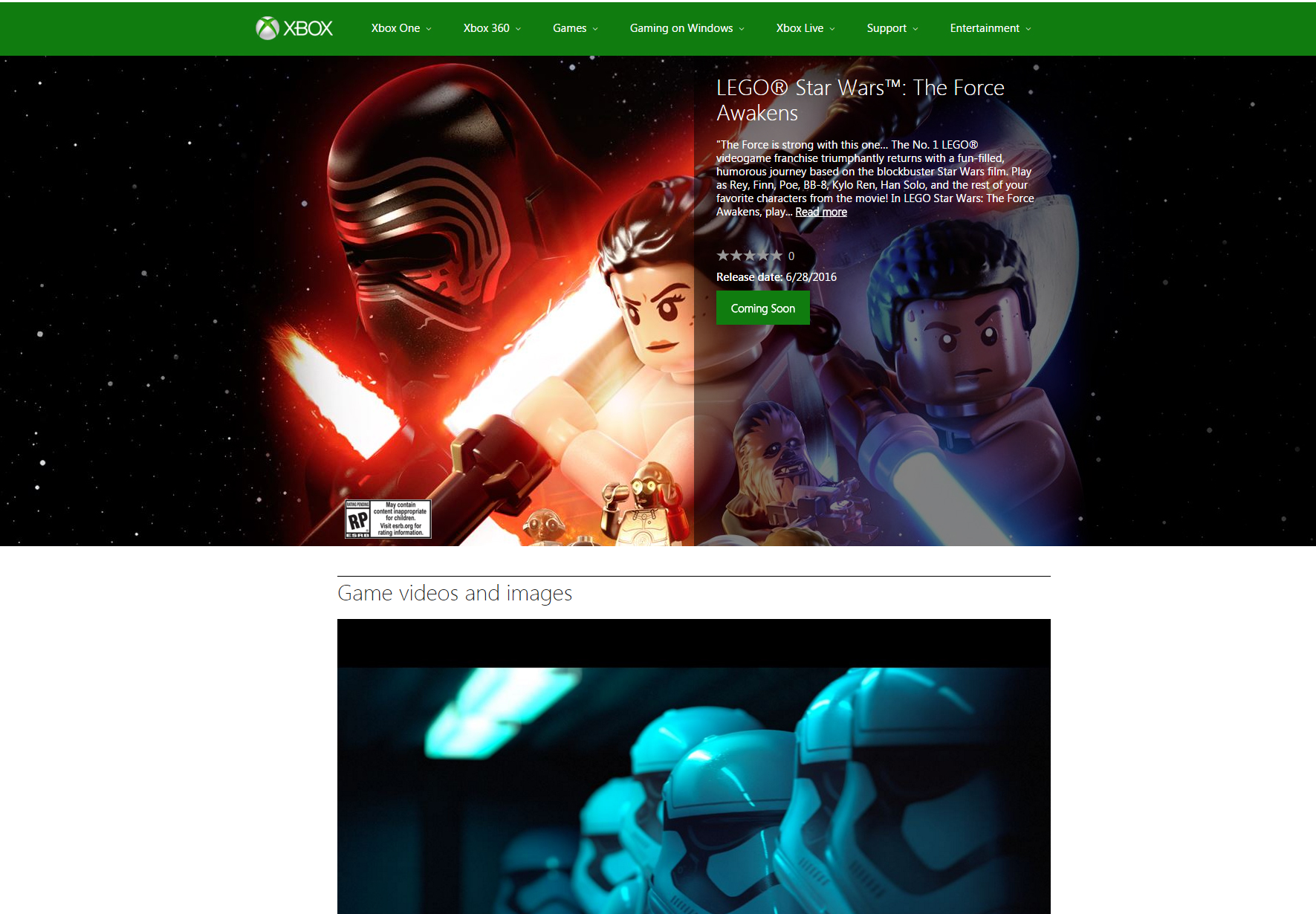 From the Xbox.com listing:

"The Force is strong with this one… The No. 1 LEGO® videogame franchise triumphantly returns with a fun-filled, humorous journey based on the blockbuster Star Wars film. Play as Rey, Finn, Poe, BB-8, Kylo Ren, Han Solo, and the rest of your favorite characters from the movie!

LEGO Star Wars: The Force Awakens also introduces Multi-Builds and Blaster Battles to the LEGO videogame universe. With Multi-Builds, use available LEGO bricks to open up new paths, then break them apart and re-build them again to open up another! And another! During Blaster Battles, use your surroundings as cover to stand against the First Order."

No doubt a full reveal with trailer and further details will follow. As it is, this ought to be the most singularly focused 'LEGO Star Wars' game to date as even with the extra promised content, it focuses on one film.