Telltale Games & Mojang Announce 'Minecraft: Story Mode,' Which is Coming to the PS4, Xbox One & More in 2015

It will be an episodic series. 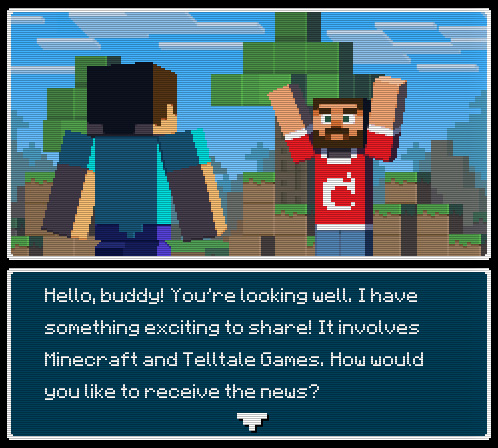 To wit, Telltale Games, known for episodic story-based games like 'The Walking Dead,' 'The Wolf Among Us,' and 'Game of Thrones: A Telltale Series,' is collaborating on a episodic story-based game in the world of 'Minecraft.' The first episode of 'Minecraft: Story Mode' is coming in 2015 and will be featured on the Xbox One, PS4, 360, PS3, PC, Mac, iOS and Android based devices. 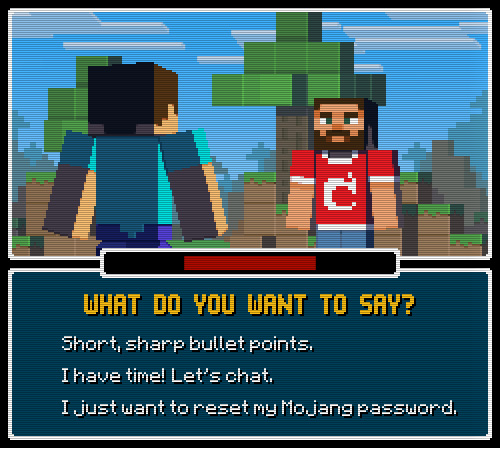 Minecraft: Story mode will be a narrative-driven video game created by Telltale Games. It will be about Minecraft.

Mojang is collaborating with Telltale and members of the community to make Minecraft: Story Mode as Minecrafty as possible.

The first episode will be released some time in 2015, and will be available on Xbox consoles, PlayStation consoles, PC, Mac, iOS, and Android-based devices.

Minecraft: Story Mode will be released episodically, just like The Wolf Among Us, The Walking Dead, or the recent Tales from the Borderlands, which is another developer-collaboration series between Telltale Games and Gearbox Software.

We’re not intending on creating an “official” story for Steve, or explaining the world of Minecraft in detail. It will be a cool game. 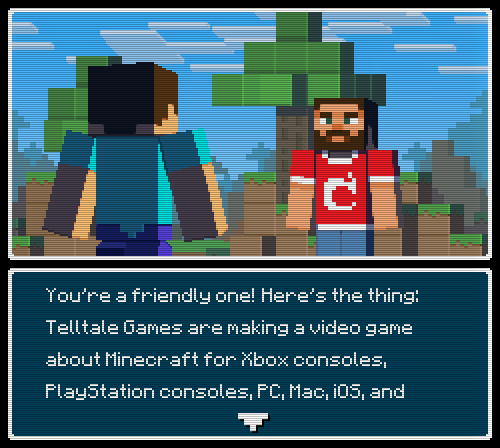 Set in the world of Minecraft, the series will feature an original story, driven by player choice. It will not be an add-on for Minecraft, but rather a separate stand-alone product that will premiere in 2015 on consoles, computers and mobile devices.

Telltale's game series will mix new characters with familiar themes, in an entirely original Minecraft experience, inspired by the Minecraft community and the game that continues to inspire a generation. 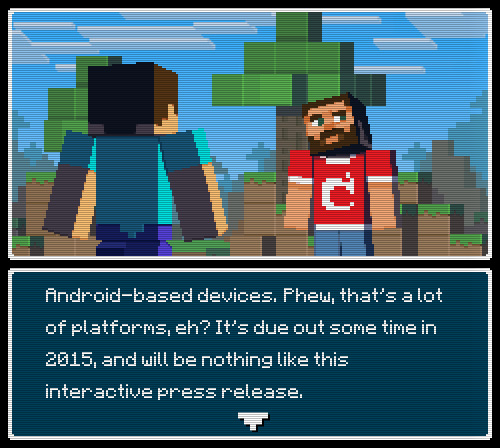