The PS4 Has Been Waiting For the Very High-End Force Feedback Thrustmaster VG T300 RS, Which Is Out This Week

T300 RS is also compatible with the PS3 and PC.

Tease after tease, Thrustmaster has dangled the T300 RS over the heads of North American racers. No longer. Come October 17th, the Thrustmaster VG T300 RS will be released, and this a wheel with no shortage of features.

First of all, with apologies to wheels like Thrustmaster's own T80, the T300 RS is a force feeback wheel. That means everthing to serious racers, as the force feedback is not only an integral part of the difficulty and realism aspects, the actual nuanced tug and pull of the wheel can tel lthe racer everthing about the current state of grip of the car. The T300 RS brushless servo means the quality innards required to deliver top-shelf force feedback.

T300 RS features include 1080 degree support (from 270 degrees) for the 11 inch metal spoke wheel, official PlayStation 4 and 3 licensing, which extends to the wheels PS4 specific controls (like the PS, Options, and Share buttons), upgradeable firmware, and a switch to set maximum PS4 or PS3 compatibility.

Then there are the large sequential metal shifters, which are part of an all-around impressive finish. The T300 RS pedals are also metal, feature distinct resistances, and are adjustable to a degree of six different postions per pedal. The wheel is detachable via quick release and can be swapped with other Thustmaster wheels. In fact, the T300 RS is comaptible with Thrustmaster's T3PA and T500RS pedal sets as well as the TH8A and TH8RS shifters. 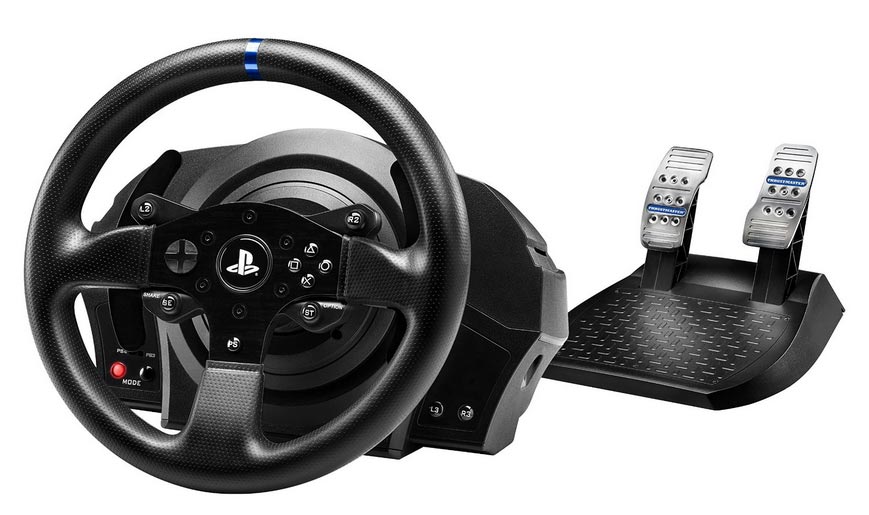 Naturally, the T300 RS is compatible with the recently released 'DriveClub.' (Check out the review here.)

But the T300 RS PS4 compatibility goes beyond to some other promising upcoming racing titles:

Then of course there is the PS3 comaptibility: 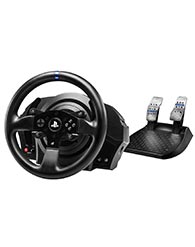