This July, Marvel will unleash the latest tentpole film in the form of 'Ant-Man,' and of the many consequences that fans can count on, there is one that heavily pinball flavored. Zen Studios, who has previously released tables for 'Marvel's Avengers: Age of Ultron Pinball' (review here) and 'Star Wars Pinball: Heroes Within' (review here) as part their massive 'Zen Pinball 2' (review here) offerings, has a new 'Marvel's Ant-Man Pinball' table set to debut just ahead of the movie. 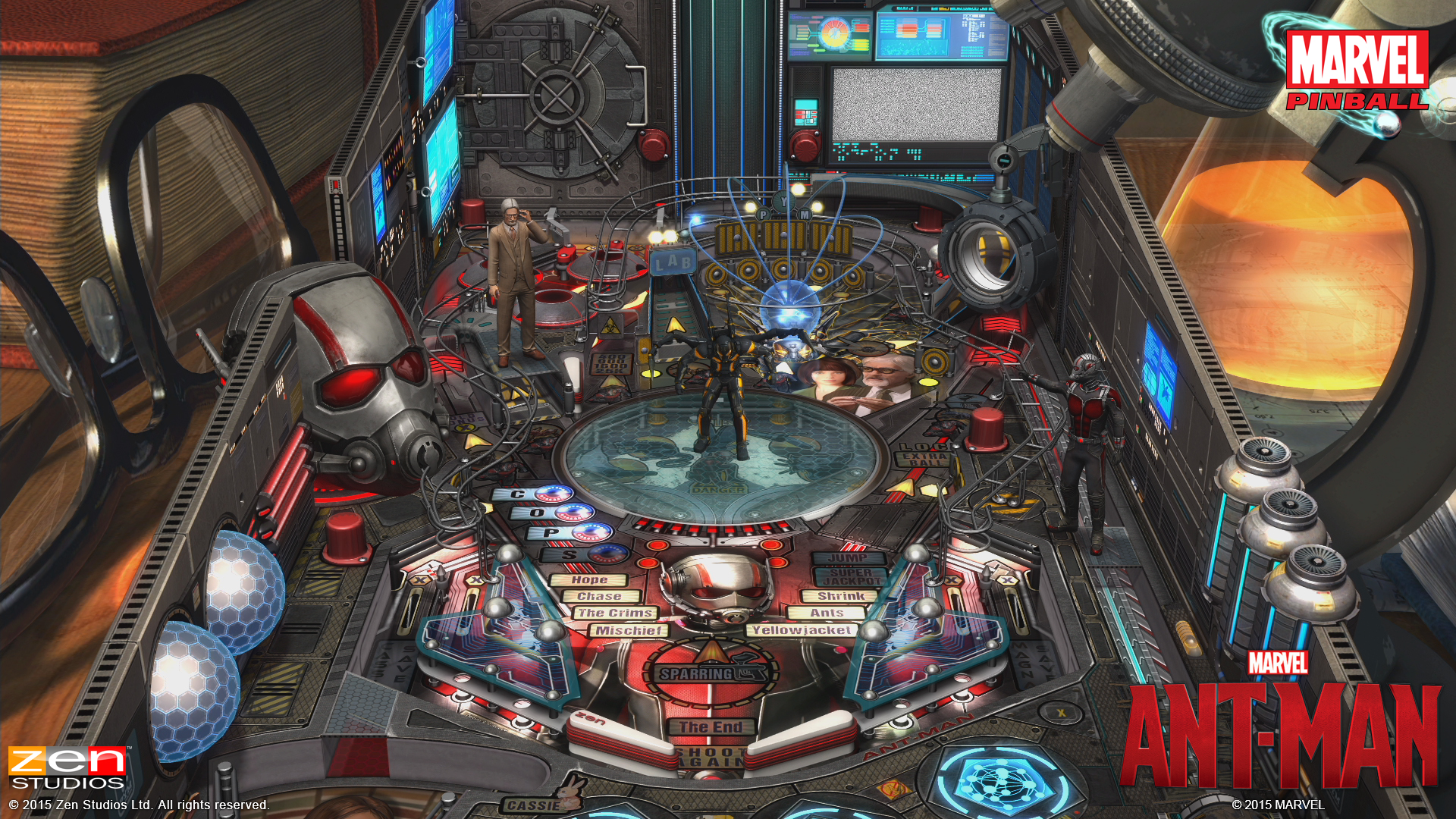 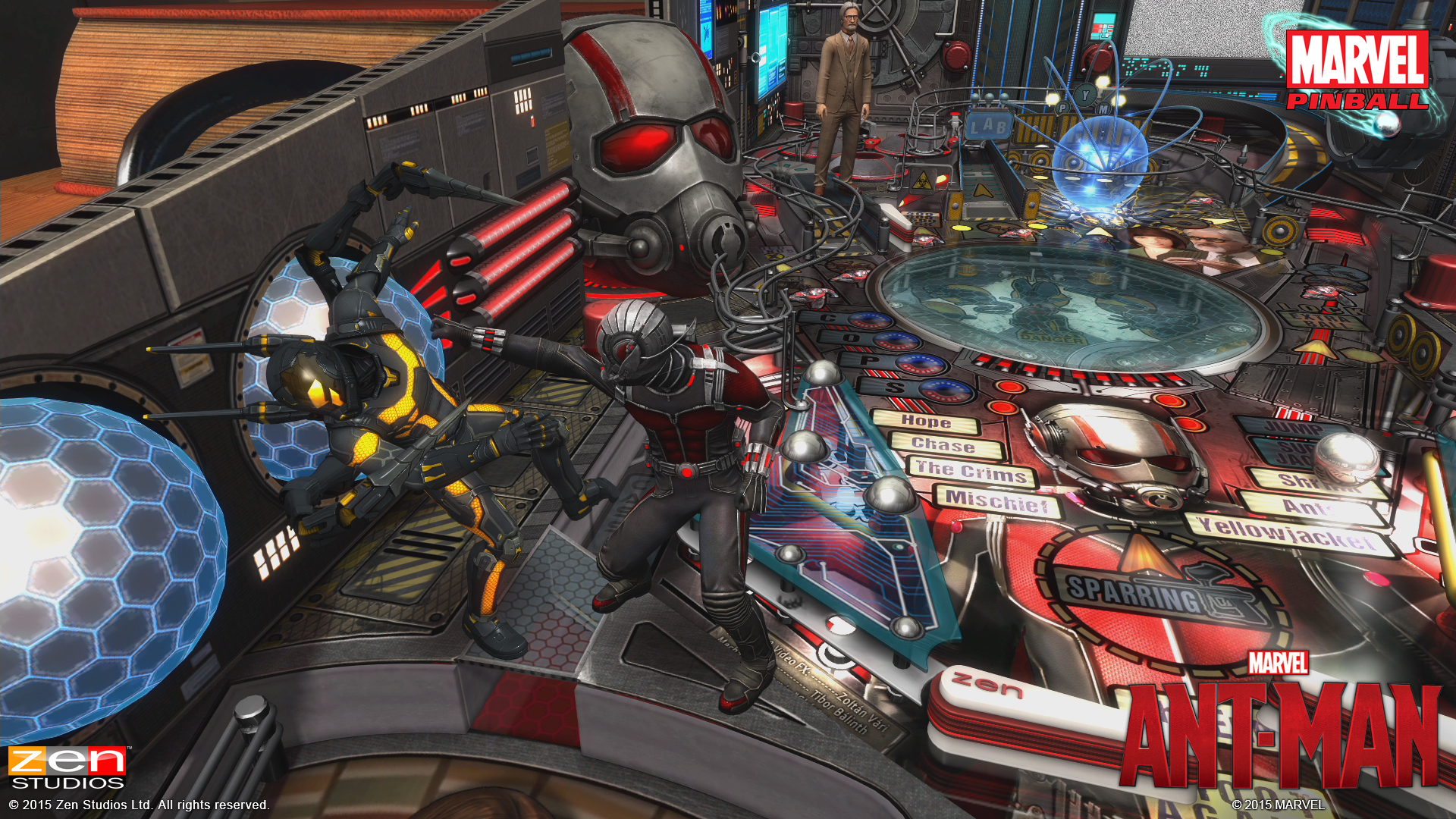 Ant-Man won't be on the table on his own, as is evident in these screens. 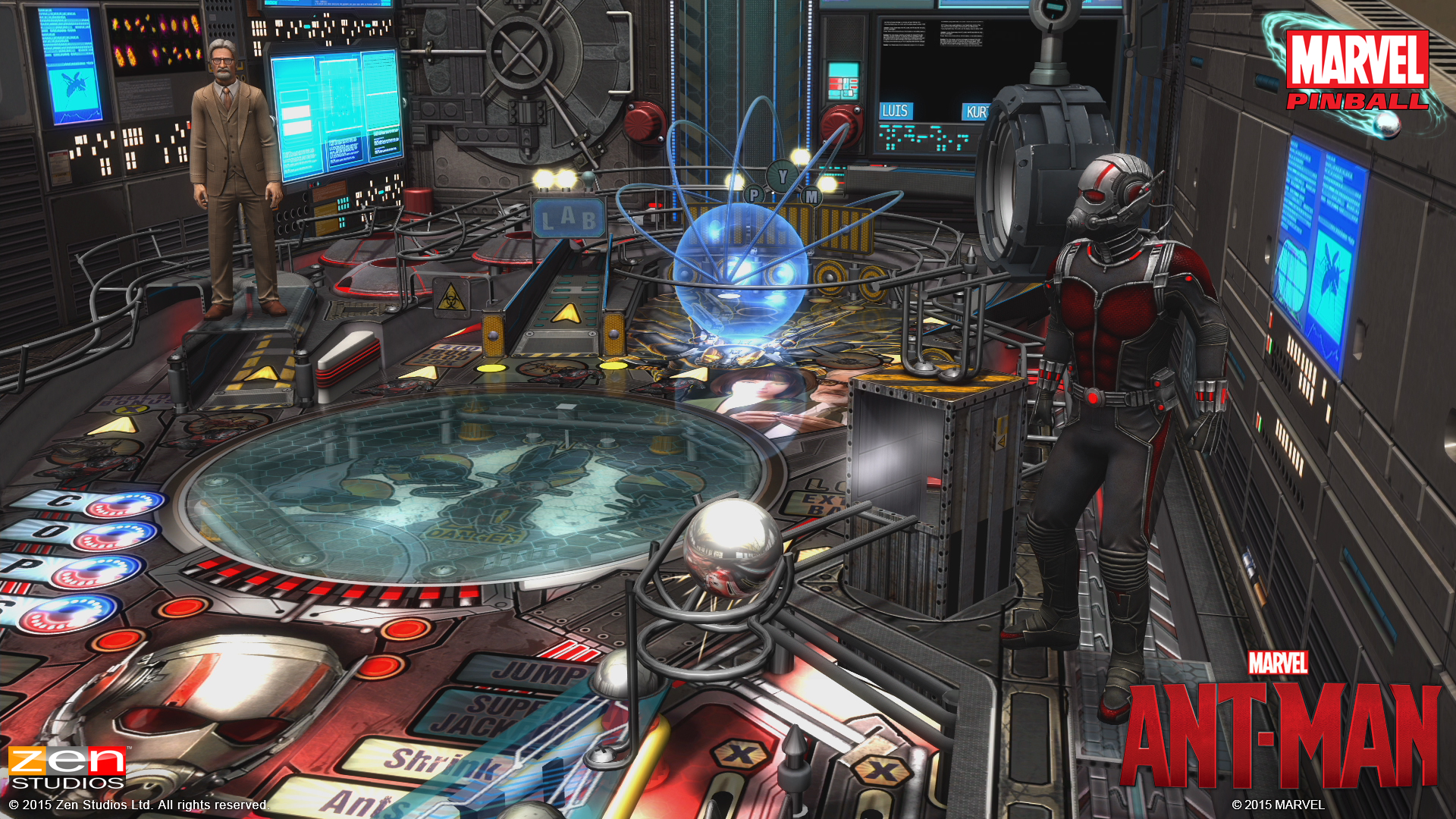