A big difference from last year.

It's getting every closer to the release date of the new 'Destiny' expansion, 'The Taken King.' While the public quite rightly has questioned the game's content and pricing, I've played 'The Taken King,' and it is definitely the kind of content that I expect will endlessly entertain the game's fanbase.

Also, in funny side note, the main image shared by Sony of the new bundle features a mis-represented DualShock 4. (This has since been fixed). 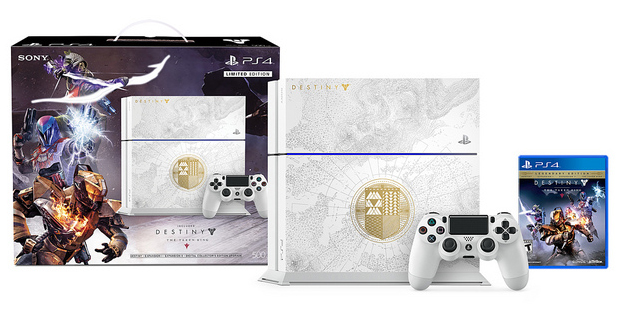 The bundle features a Limited Edition 500GB PS4 and is set to release on September 15th along with 'Destiny: The Taken King.'