In a cross play fighter no less.

Microsoft’s decision to treat 'Killer Instinct' as a service, rather than using the traditional publishing model, has certainly been interesting to watch unfold. The first season, developed by Double Helix Games, was one of the highlights of the Xbox One’s launch, and provided a strong base to build on. Since then, Iron Galaxy has taken over the reins, and season three of 'Killer Instinct' has begun. The following impressions are based off of time with the Ultra Edition of 'Killer Instinct: Season 3.'

The most exciting part of each season is the addition of new fighters. This time around, 8 characters will make their debut, with four of them already available. There's a nice mix of new and returning faces. Tusk and Kim Wu from 'Killer Instinct 2' should make fans of the N64 'KI: Gold' happy, while the other two additions are sure to be more divisive.

'Killer Instinct: Season 3' marks the first time in 'KI' history that series will introduce guest fighters into the mix, as in characters from other series. Other Microsoft owned franchises are getting shown some love as Rash from 'Battletoads' and 'Halo's the Arbiter have joined in the action. Personally, I think these are fantastic additions, as I'd love to see 'Killer Instinct' become a more serious version of 'Smash Bros.' for Microsoft. 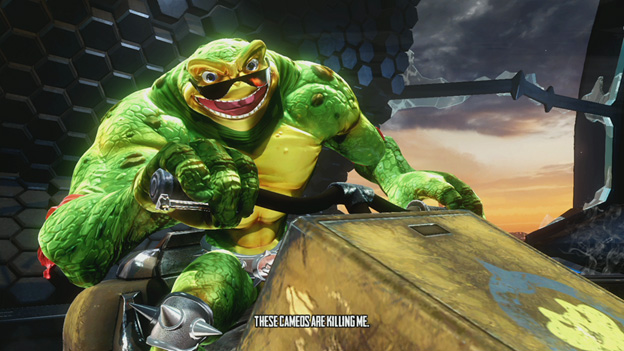 All four are fun additions to the game's roster, and play differently enough to stand out. Tusk, who wields a gigantic sword, has a great range, but he strikes slowly due to putting all of his power into his attacks. The learning curve comes in the form of getting the timing down, and knowing when to strike with opener attacks to begin a combo. This is the key to combat in 'Killer Instinct' as the ebb and flow still revolves around initiating damaging combinations as the other player attempts to break them before launching into their own attacks.

Kim Wu, on the other hand, feels like a polar opposite to Tusk. She's able to jump in and attack quickly with her nunchucks, and is very easy to use from the onset. A lot of her attacks have her moving forward or backward automatically, though, which will take some time to get used to. This doesn't affect combos, however, as Kim Wu will stand still once the attack begins. Overall, she's a fun addition, that is instantly accessible, but not one that I'll find myself sinking a ton of time into.

While the returning characters easily meld right into the 'Killer Instinct' universe, the guest characters carry a more unique feel. That's not to say that a giant talking humanoid toad is less realistic than a sword-wielding pirate skeleton, but the feel is nonetheless distinctive. Once I got past just how wacky the inclusion of Rash is, I found one of the most fun characters in the game. His attacks have his body constantly morphing into different objects such as a giant wrecking ball or his head into the shape of a ram's horns. It's a sight to behold; Rash outright has more personality than your average fighter. He's also very mobile due to his ability to quickly move around the stage by using his tongue as a zip-line. 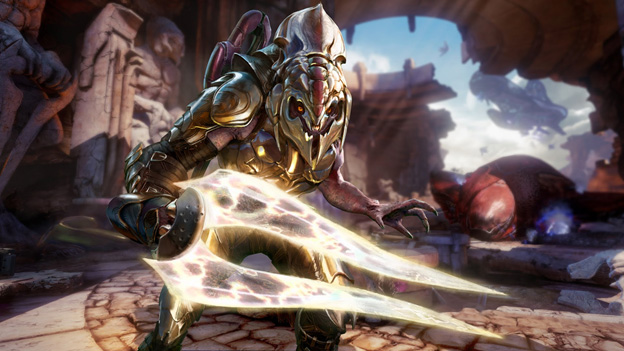 Rounding out the characters is the Arbiter from 'Halo.' While Iron Galaxy has used custom user interfaces for fighters before, 'Halo' fans will love that the Arbiter's health bar is set up like the popular first-person shooter. He's one of the more unique inclusions as he's armed with a variety of weapons, including an energy sword, a Type-51 Carbine rifle, and throwable plasma grenades. Projectiles can't be spammed, though, due to his rifle only having 18 bullets, and he can only carry three slowly rechargeable grenades at a time. Early on, I often found myself using up all of my special weapons in the first round of a fight, and then at a disadvantage later on. There's a balance to be had, and it's something players will learn with additional play.

While the characters are definitely the focus of the updates, there has been a lot of work done behind the scenes in 'Killer Instinct: Season 3.' This includes cross-device play between Xbox One and Windows 10 players. (Editor's Note: the Windows 10 version has been behaving well so far. Everything transferred over and the game seems to run well. At 2560 x 1440, the game looks dramatically better and is not too demanding.) This opens up a whole new audience to Microsoft's marquee fighting game, and ought to ensure an active online community. All 'Killer Instinct' purchases and progress, will be shared by both versions of the game, so players can switch between PC and console without any worries.

In another major update, Iron Galaxy has reworked the visuals with higher targets in mind. All of the characters look better than ever, stages are more detailed, and it's just a much better looking experience from a visual standpoint. Much of this can be contributed to 'Killer Instinct's new dynamic lighting system which takes an already good looking fighting game, and takes it to the next level. 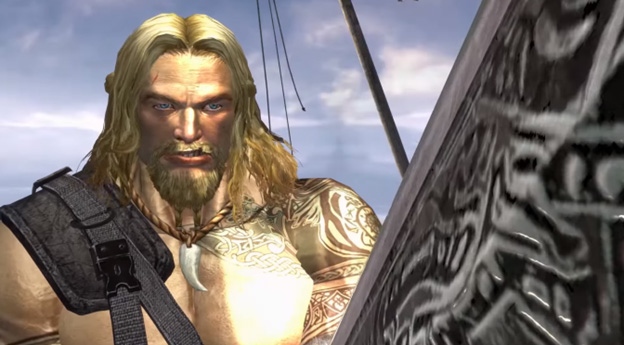 There are a couple different ways for gamers to experience the 'Killer Instinct: Season 3' characters. The fighters can be bought individually for $4.99, so if you only want to check out a specific fighter this would be the cheapest way to go. If you want to experience the full cast, you'll either want to pick up the Combo Breaker pack for $19.99 or spend $39.99 for the Ultra Edition. The Ultra Edition features all 8 characters (just like the Combo Breaker pack), but also includes a double XP booster, a retro costume for each character, bonus accessory sets, and 18,000 KI Gold (an in-game currency that you can use to purchase titles). If you don't care about costumes, then the Combo Breaker pack is the best value of the bunch. There's also a great deal for players who are completely new to the game, as there is an $59.99 edition that will get players all three seasons worth of content. ($49.99 for the Windows 10 version, which lacks both 'Killer Instinct Classic' games.)

All of these updates further flesh out the overall package of 'Killer Instinct.' The gameplay has been top-notch ever since the game launched with Xbox One, and it's still a joy to play today. The push and pull of the gameplay, which is not unlike how basketball games are decided by which team gets on scoring streaks more often, is still just as satisfying as ever. While I often found myself getting behind in matches early, the magic in 'Killer Instinct' is that you're only one successful combination away from being back into the thick of things. I've come back from near-defeat to triumphantly win matches, while also losing battles that I thought were in the bag. It's a wonderful feeling never knowing the outcome until a match is 100% complete, and that's what will drive me back to the game in the coming months.

I've only spent time with four of 'Killer Instinct: Season 3's 8 characters, but I'm already convinced that the future is bright for the fighter. All of the new fighters are a blast to play, and cross-play will breathe new life into online play. I'm excited to see what else is to come later this year, but until then I'll continue to play the content that is already available.