The PlayStation Vita hit shooter, 'Killzone Mercenary,' aka the most fun Killzone by far, has apparently now been optomized ahead of the launch of the PlayStation TV. On the Vita, the game is touch-screen heavy, and uses just about every visually FPS trick in the book to look very good. Now, it seems, with 'Killzone Mercenary' update 1.11, the game is ready for the PS TV

The game does indeed look fantastic on the big screen, and the DualShock controls bring a new feel to the game’s mechanics. We’ve reworked all the touch mechanics to maximize the experience when played with those controls. Knowing that PS Vita players will play directly with PlayStation TV players online, we’ve worked hard to ensure the game is balanced for both parties, without either one having a competitive advantage.

Update 1.11 is available to download now in all regions. The PS TV releases in North America on October 14th. 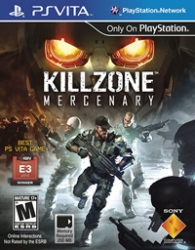