Could be an interesting headphone solution.

Following a successful Indiegogo last year, Aftermaster Audio Labs is getting ready to release the Aftermaster Pro. This little rechargeable box, which supports two HDMI in and an analog 3.5mm audio in, promises to improve audio quality, (specifically dialog). In terms of the PS4 and Xbox One, their respective entertainment options (like Netflix) would seem to potentially benefit from Aftermaster Pro, and thanks to the HDMI chain, that includes speaker bars and AVRs. What intrigues me, however, is that the Aftermaster Pro has its own headphone out. Thus, both a PS4 and Xbox One can be hooked up to a Aftermaster Pro and host a wired 3.5mm headphone connection. This should make for an interesting alternative for anyone who doesn't want to use wireless controller audio and also doesn't have an AVR. 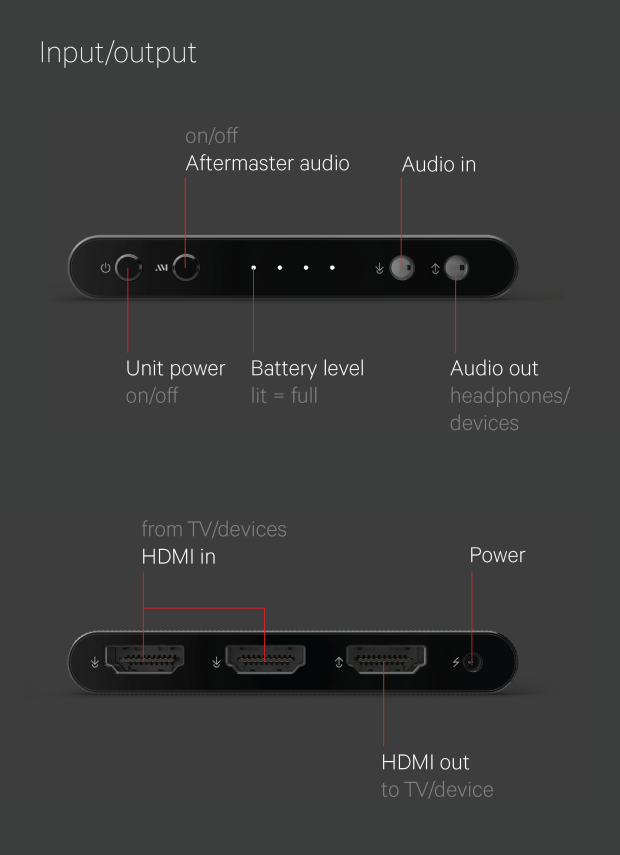 Here's a preview of the Aftermaster Pro:

Naturally, this kind of set-up is audio only (no mic support), but still it should be interesting when the Aftermaster Pro releases later this year. (Current price is $150, find out more here.)