Today, Logitech revealed an important new direction in mouse design, and that would be gaming. Now, Logitech, and many other companies have had gaming mice on the market for well on two decades, but Logitech's new mouse isn't about frills.

The Logitech G Pro Gaming Mouse has been designed using the classic shape of the G100, but with the performance that tournament players ought to crave. With the lone exception of the RGB logo, every feature of the Pro Gaming Mouse, from the optical PMW3366 sensor, to the six programmable buttons and onboard memory, and to the button sensitivity and the light design, is about the best performance and pro player preferred comfort. 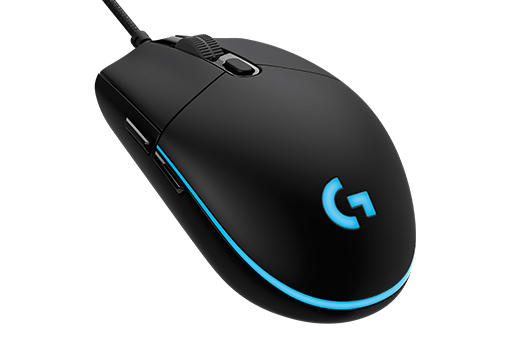 At $69.99, this ought to be the mouse that dictates the direction of gaming mice going forward.

The Pro Gaming Mouse can be preordered now from Logitech. (See here.)