Will have a set price and battle mode.

The game has Mario automatically moving from left to right in the vein of an endless runner, but the levels are not procedurally generated. The player will make Mario jump (and do other moves), and as Nintendo pointed out, this means that the game is playable with one hand. 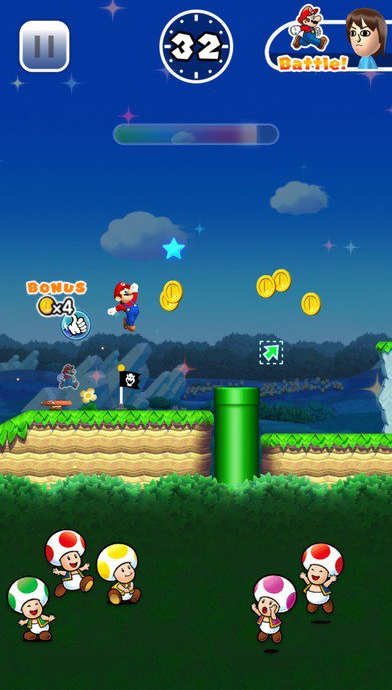 The game is not free to play. It will have a set price and competitive elements. 'Super Mario Run' is promised for iPhone and iPad for December 2016. The Toad Battle mode looks pretty interesting as it pits players against other player's ghost performances. To really do well, players must try aggressive moves, which will make Toads appear that can be collected.

iOS users will be able to download and enjoy a portion of Super Mario Run for free and will be able to enjoy all of the game content available in this release after paying a set purchase price. More details will be disclosed at a later date. The game has been developed with Mr. Miyamoto as lead creator for Nintendo. Nintendo is also continuing its partnership with DeNA for the launch of Super Mario Run. It will be offered on the App Store this December in more than 100 different countries, and nine different languages.

The announcement of 'Super Mario Run' came direct from Shigeru Miyamoto, who was an early highlight of the event.