A Transformation in HD: Impressions from 'Shantae: Half-Genie Hero'

No need for the pixel art style.

The fourth title in the Shantae series, 'Shantae: Half-Genie Hero,' met with a successful Kickstarter campaign and is now being developed for PC, PSN, Vita, Wii U, and XBLA. While it started as a somewhat niche series on the Game Boy Color, Shantae has grown in popularity over recent years, with the second and third entries to the series finding their way to a variety of systems (the latest being the second game, 'Shantae: Risky's Revenge', having its Director's Cut edition ported to the PlayStation 4). The proliferation can make players forget that there is, in fact, a new game coming out. WayForward, however, has not forgotten, and has sent out a Beta Build for backers and press alike to try out.

This is Shantae's first non-pixelated adventure, and I must say, her jump into the HD world is incredibly smooth. Animations have the level of detail and care all the previous iterations, and without the pixel art limitation on the animations, the transition from one frame of animation to another is flawless. This is specifically true when it comes to the title character, Shantae, who bounces energetically while still and whips her hair to attack. Couple that with colorful, lush backgrounds and 'Half-Genie Hero' is a joy to watch in motion. 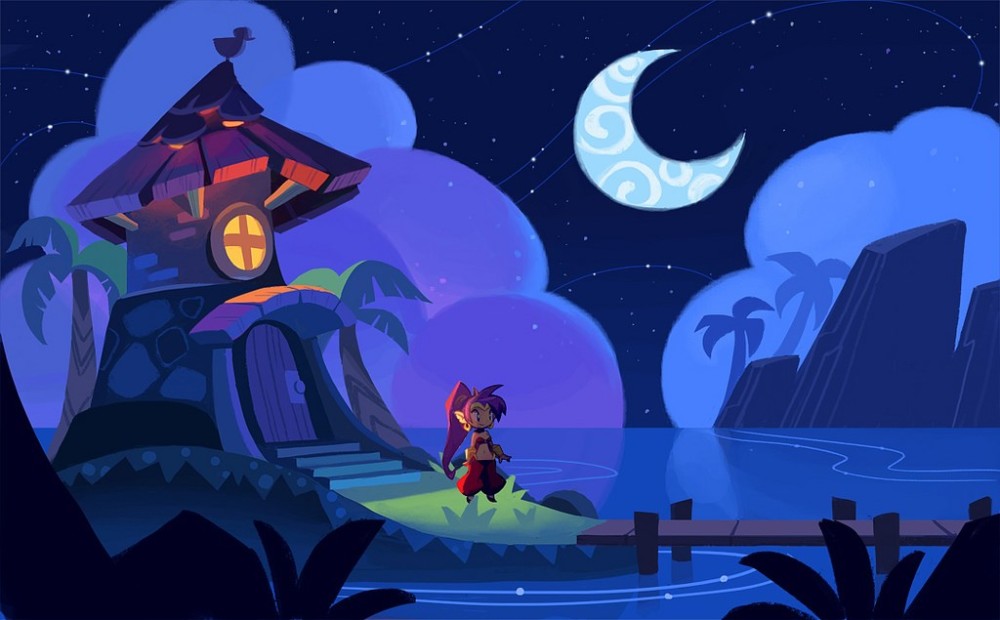 The Beta Build came with three levels to try out. The first, a jungle area, was the prime location to try out Shantae's Monkey Transformation ability. By dancing, Shantae is able to change into various forms, allowing her, in turn to access various areas that were previously out of her reach. The Monkey form is small, fast, and can climb most walls, and this jungle level offers a lot of verticality to put those mechanics to the test. There are a bunch of little nooks and crannies which conceal treasure, which making the effort to search the entire level worth it. Out of the three, this level is most true to the Shantae series' form--explorable areas that have secrets within, and typically have "walled off" areas that players have to return to later with new abilities, and it looks as though the core gameplay will still require Shantae's normal form in this new entry. 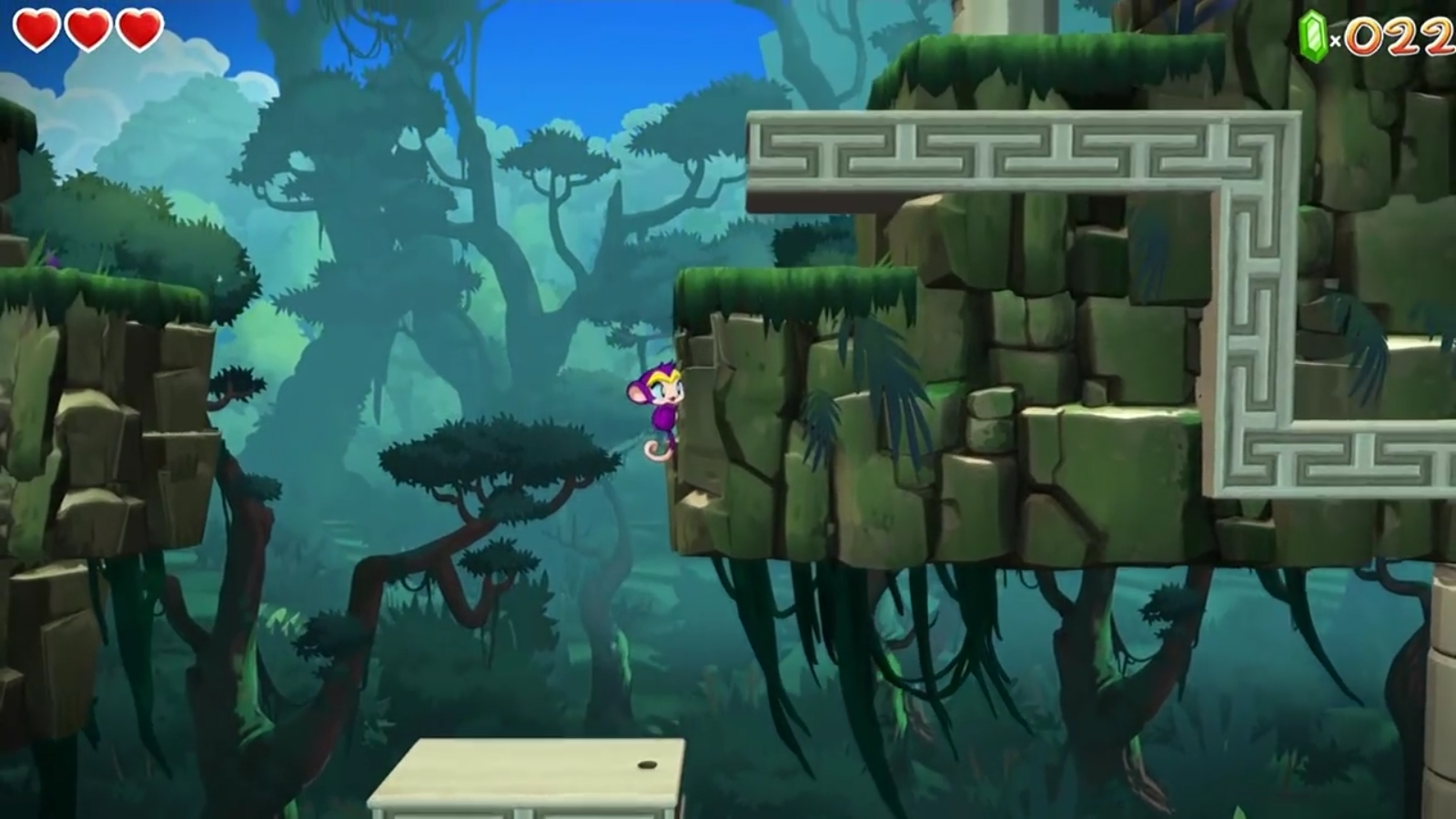 The second level is a desert level that's a little more straightforward, and offers up something new for the Shantae series, the Crab transformation. The crab moves slowly on land, but can sink and jump in the water (though not necessarily swim), allowing Shantae to access underwater areas. Additionally, the crab can curl up into its shell, negating enemy attacks. This stage has a lot more enemies than the first, which properly shows off the crab's strengths and limitations (like many transformations, it can't attack, at least in this build).

The third stage is an auto-scrolling stage in which Shantae is sliding down tracks of some sort, and is for sure the weakest of the three. There isn't really anything to do other that jump over barrels and holes, and as such, doesn't really offer anything to the player in terms of mechanics, or even visuals.  Still, it isn't a bad level, it just would have felt more fitting if WayForward gave us a boss to try, or a timed level to really test combat and controls. 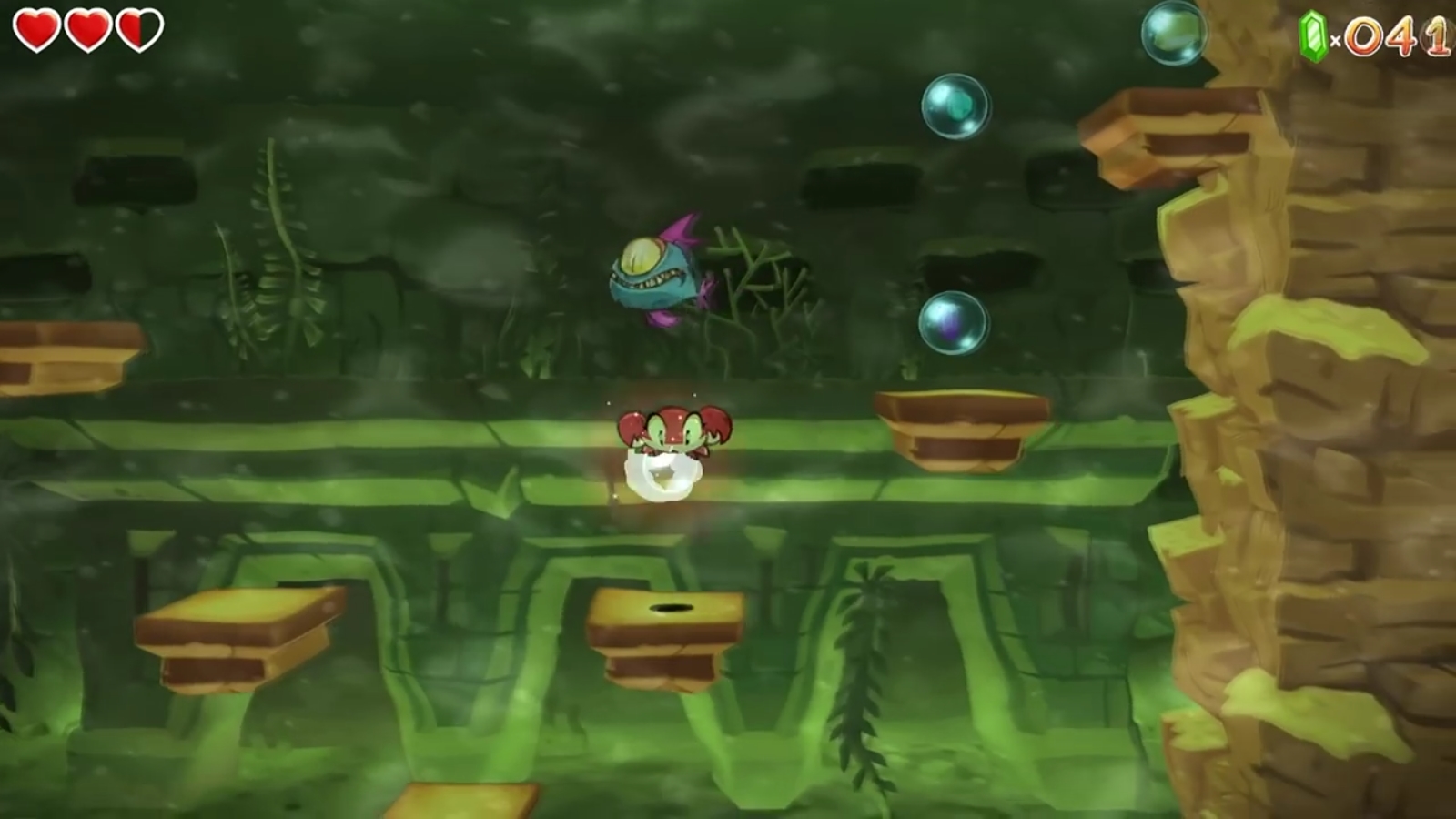 From this beta build, it seems as though 'Shantae: Half-Genie Hero' is coming along wonderfully.  Even though the whole demo can be run through in about a half an hour, I thoroughly enjoyed my time with it, and I'm quite excited to see the final product. WayForward doesn't have a release date for this new entry yet, but judging by how complete the build felt, I can only hope it's sooner rather than later.