High-Def Digest Searches Gothenburg for the New 'Need for Speed'

After all those supercar parades in 'Rivals' and 'Most Wanted' it was about time for 'Need for Speed' to bring some classics back to the streets. Cars with heart, soul, some scratches and definitely a healthy dose of NOS under the hood. We've visited Ghost Games in Sweden and discovered way more cars that Michelle Rodriguez would rush through 'The Fast & Furious,' and fewer rides rich boys use to pick-up girls in front of the Avalon. 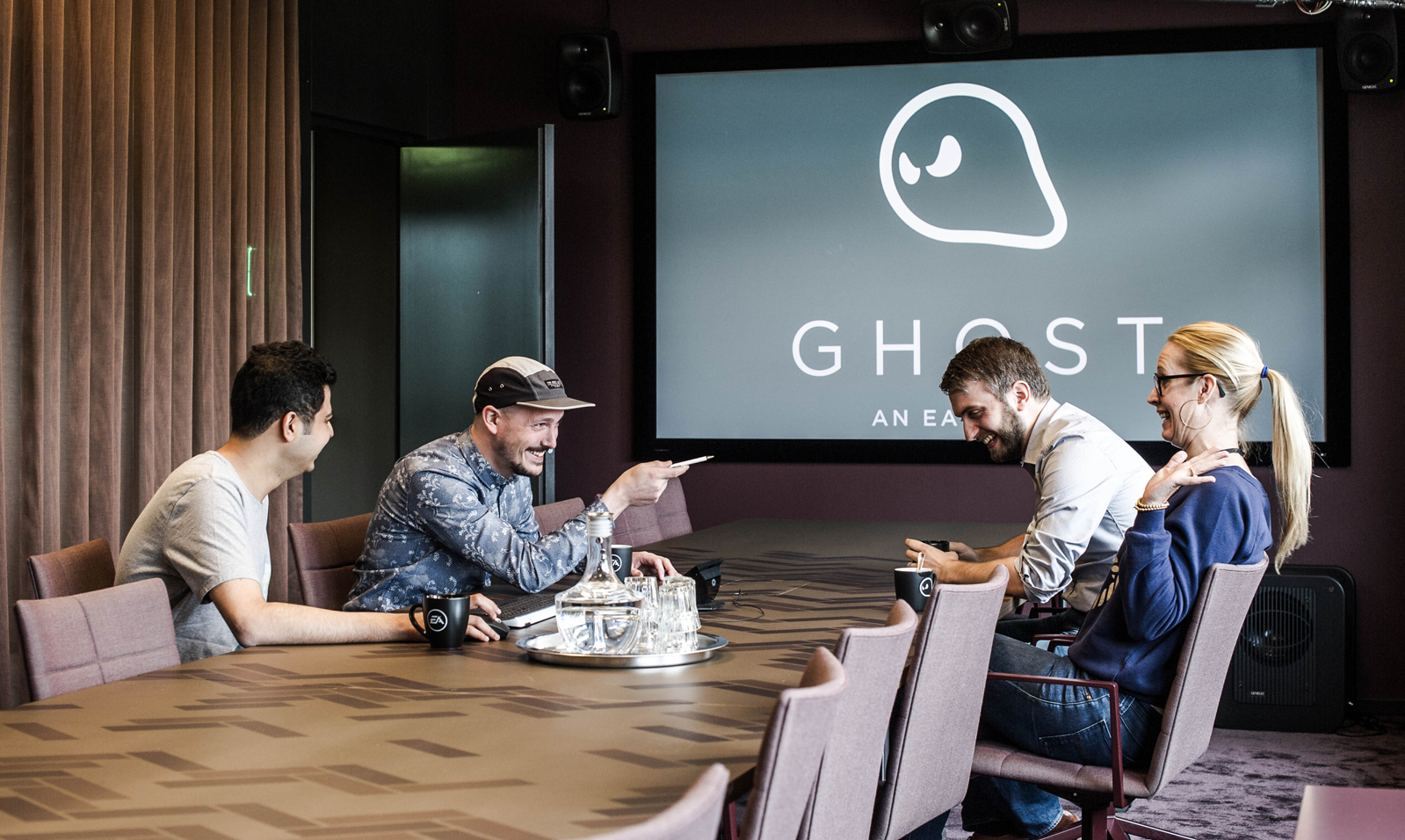 We're talking more Nissan, Subaru, Toyota, less Ferrari and Lamborghini, even though fan favorites like the good old Diablo are still in for a run. Which brings us to the new "do what you want, just do it right" formula. 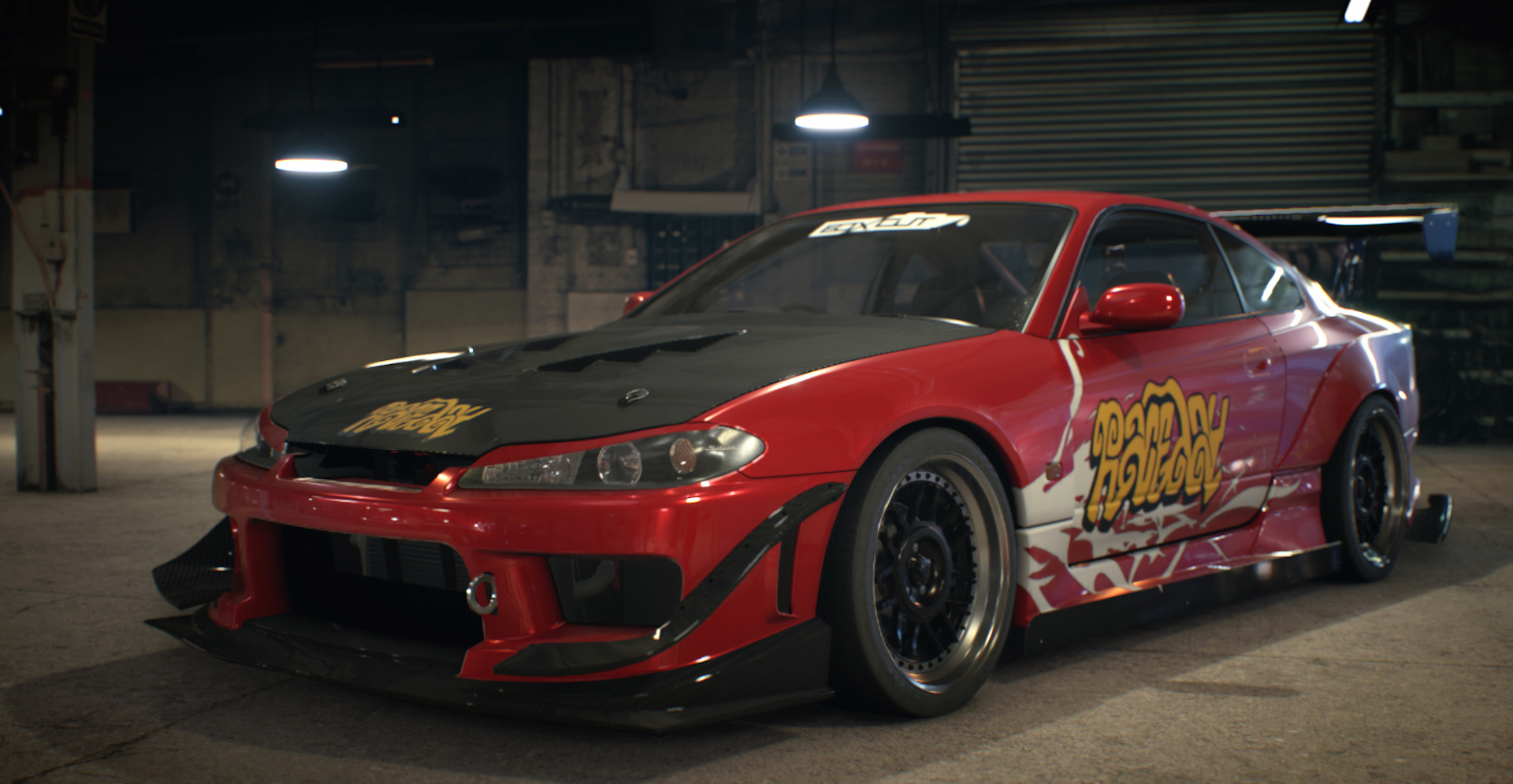 In the new PS4, Xbox One, and PC bound 'Need for Speed,' you can speed through the city of Ventura Beach, which is a wild mix of L.A. downtown and the Hollywood Hills with the hilly streets of San Francisco, to scratch that openworld racing itch, but there is more. For example, you can also turn your drifting skills into real art with synchronous drifts in co-op. You have to hold the right balance and the exact angle to your co-op partner, which is challenging but super fun. You can crash cop cars and go all-in with police chases to earn money for your next ride and all the fancy tuning you can do. Not just performance wise, but also in terms of visuals – with cool Rocket Bunny kits, metallic colors, the latest and greatest you can find in street racing. 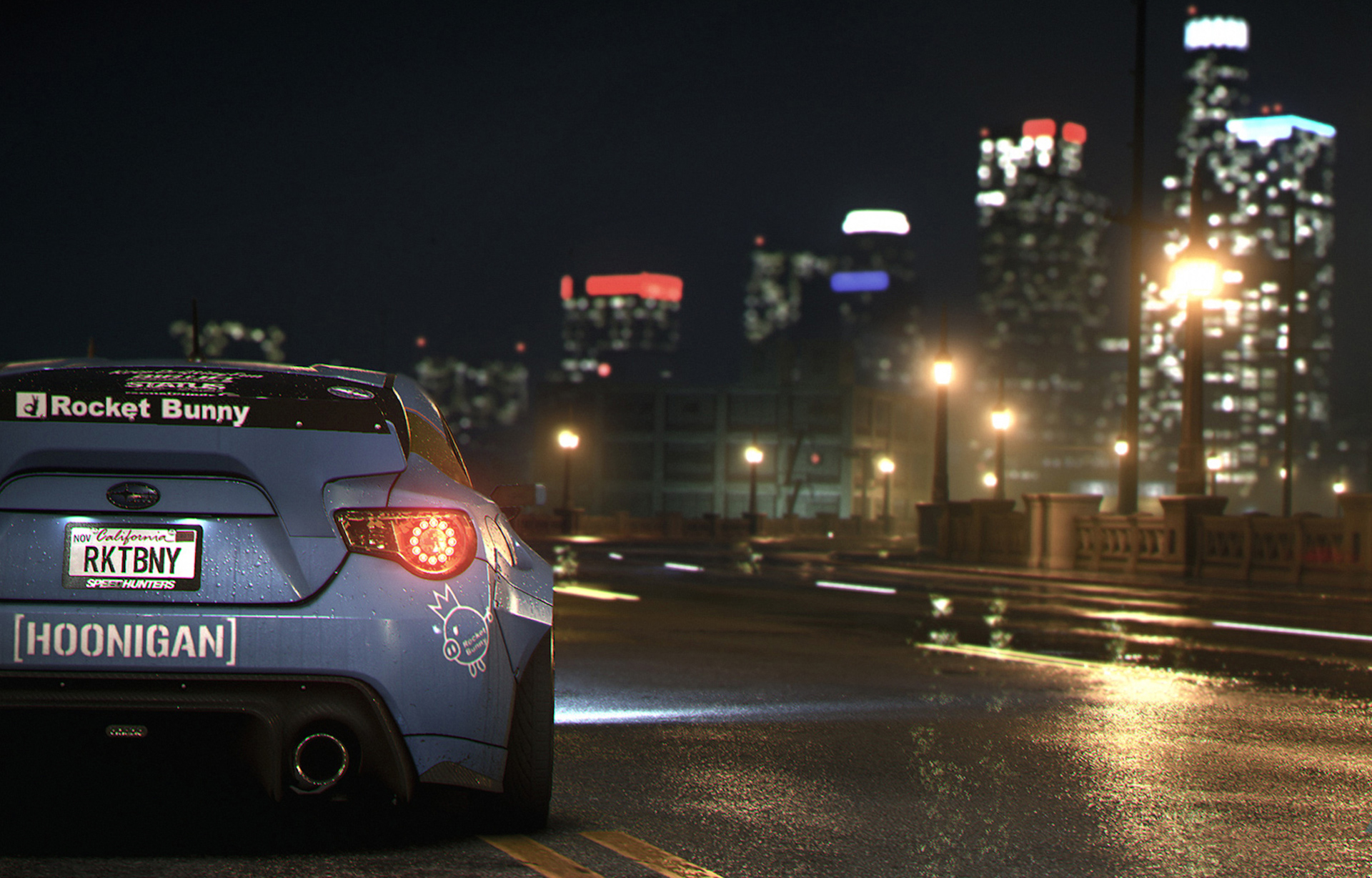 But the production value doesn't feel as staged as a MTV show, the cutscenes are way more like Netflix.

A Netflix Story: the Models of Victoria Secret are No More

This new game's story is rather different than in most Need for Speeds, which is a good thing. It's less about hot celebrity models like Chrissy Teigen, more about people that are a real part of the underground culture. "When doing research, we've found out that most people in the car scene are not really rich," explains Executive Producer Marcus Nilsson. "They don't care about your status. When I was at a street car event in Stockholm, no one cared about my Porsche 911. Because I've just paid for it, but I haven't put much love and hard work into it. That's why we've decided to take a different approach this time."

While playing we very early on meet Spike, Amy, Robyn and Manu, who are just race and drift and tuning fans. They want us to meet their icons, people like Ken Block, the gymkhana king. 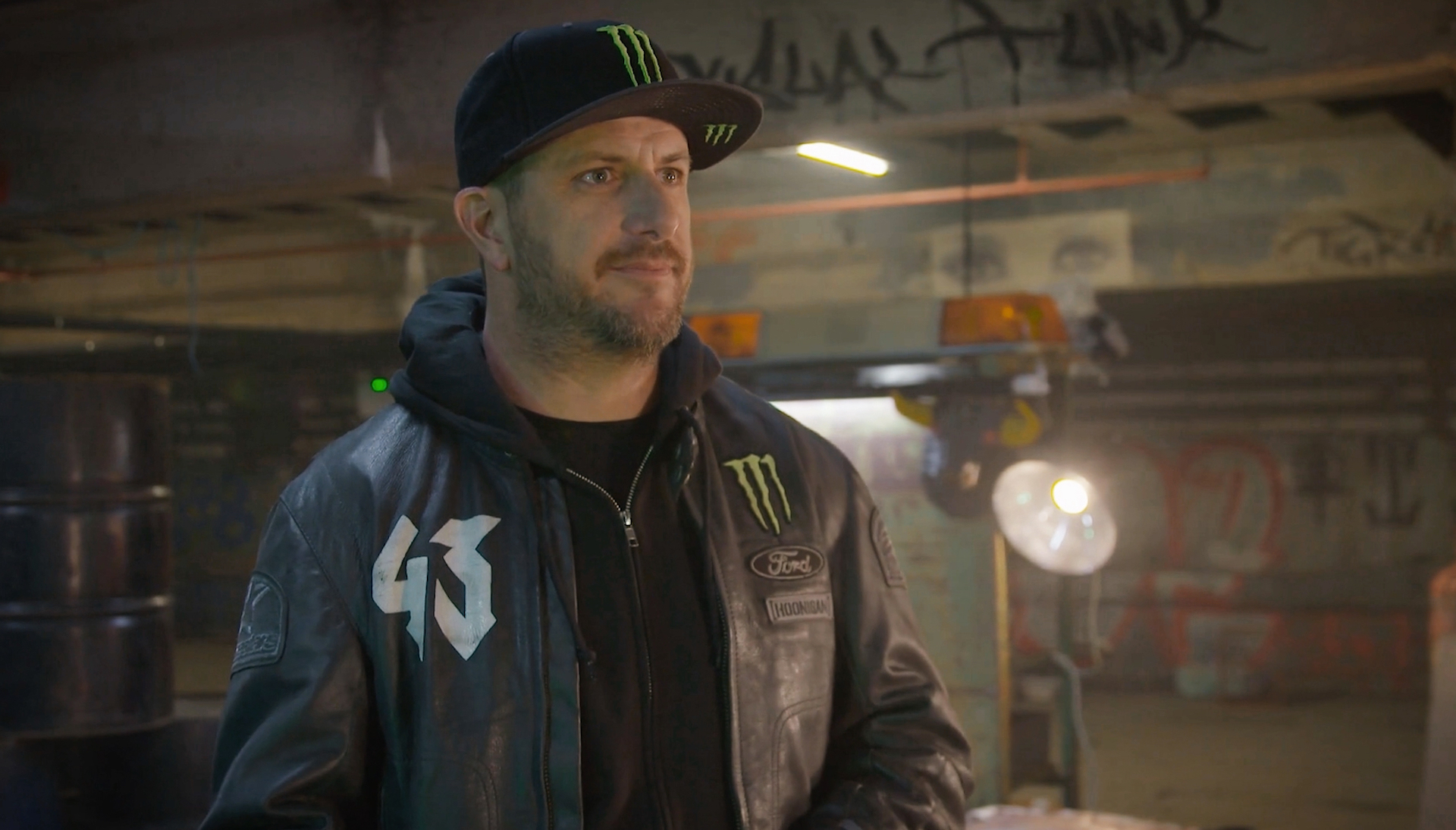 Or Magnus Walker, who looks like the dude in 'The Big Lebowski'. These are good actors and actresses, fun to watch. So while we cruise around the open world, we get a ton of phone calls: you want to take part in that race? Drift down the Crescent Hills? Wanna show what you've got in a crew race, where everyone has to go with the exact same speed, even though there is traffic all over the place, like there is traffic all over L.A. downtown?

The more we attend those special events, the more points we get in this special category, which unlocks special cars: if you are into drifting, you want Ken Blocks specially designed Ford or something like a Nissan Skyline. If you are into circuit speed, a 930 Porsche is right for the job or even better, the brand new Lamborghini Aventador. 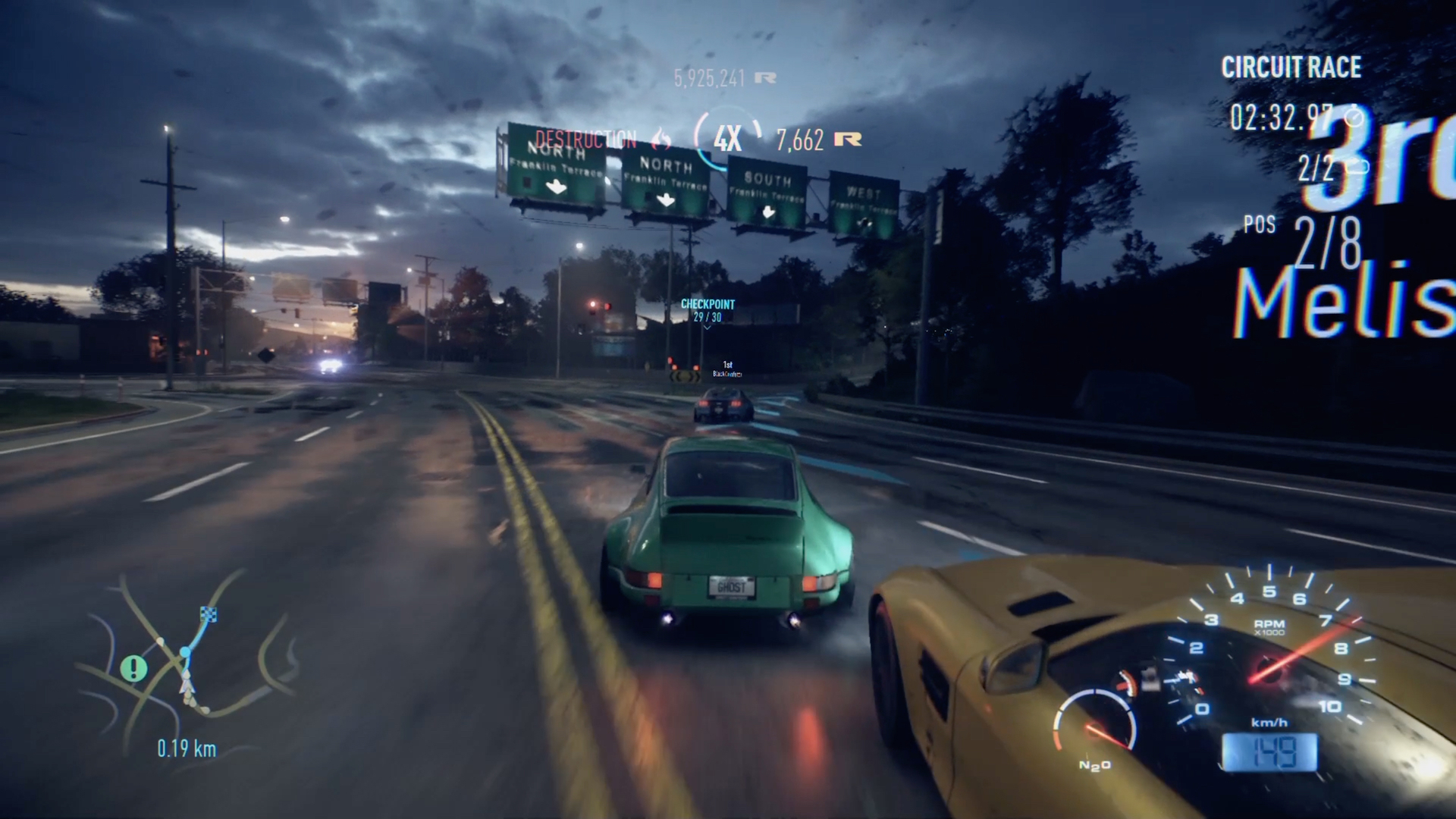 It's a great package, with nice lighting and graphics, really creative drift events and a huge amount of tuning possibilities. Only thing that worries me is Ventura Bay as a city, because it's kind of a generic setting. It's like L.A. Downtown plus Hollywood Hills, without the beauty of the coast of Malibu and Santa Monica.

After the play session, I sat down with Marcus, who started out as a producer on 'Battlefield 2142' and then moved on to build up Ghost Games for 'Need for Speed Shift.' 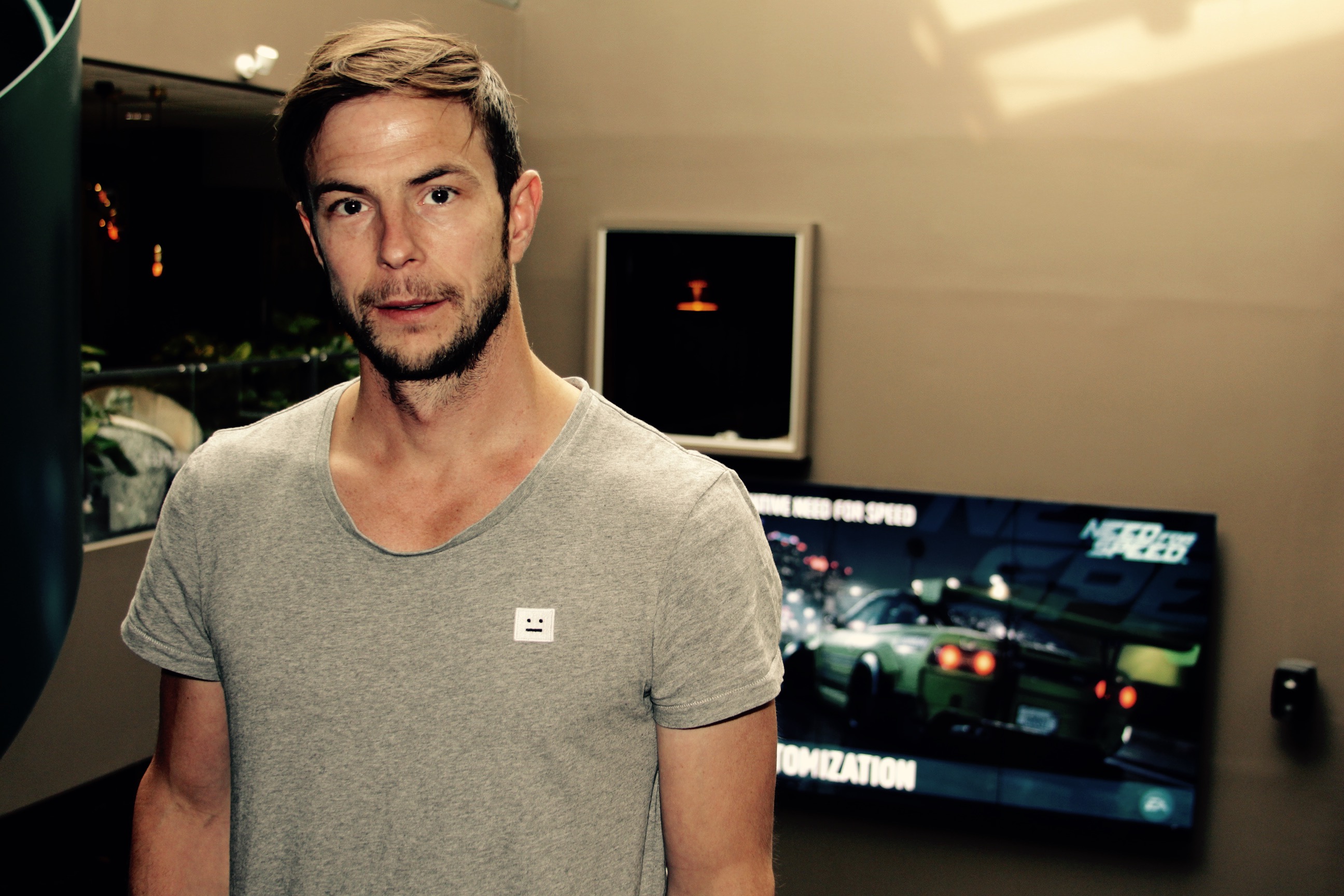 As managing director he is now not only in charge of the company, but also responsible for design and gameplay of the new 'Need for Speed.'

Marcus Nilsson: You can really battle the cops, if you want. Just if you want! We are doing a lot of playtesting obviously, with super fans but also average people, who might not even play a lot of games. And there is quite a huge percentage, that doesn't want to get bothered by police chases. Like they just want to drive and drift and now we make this possible. If there is a cop, you can just park your car, pay the ticket and you are good to go. 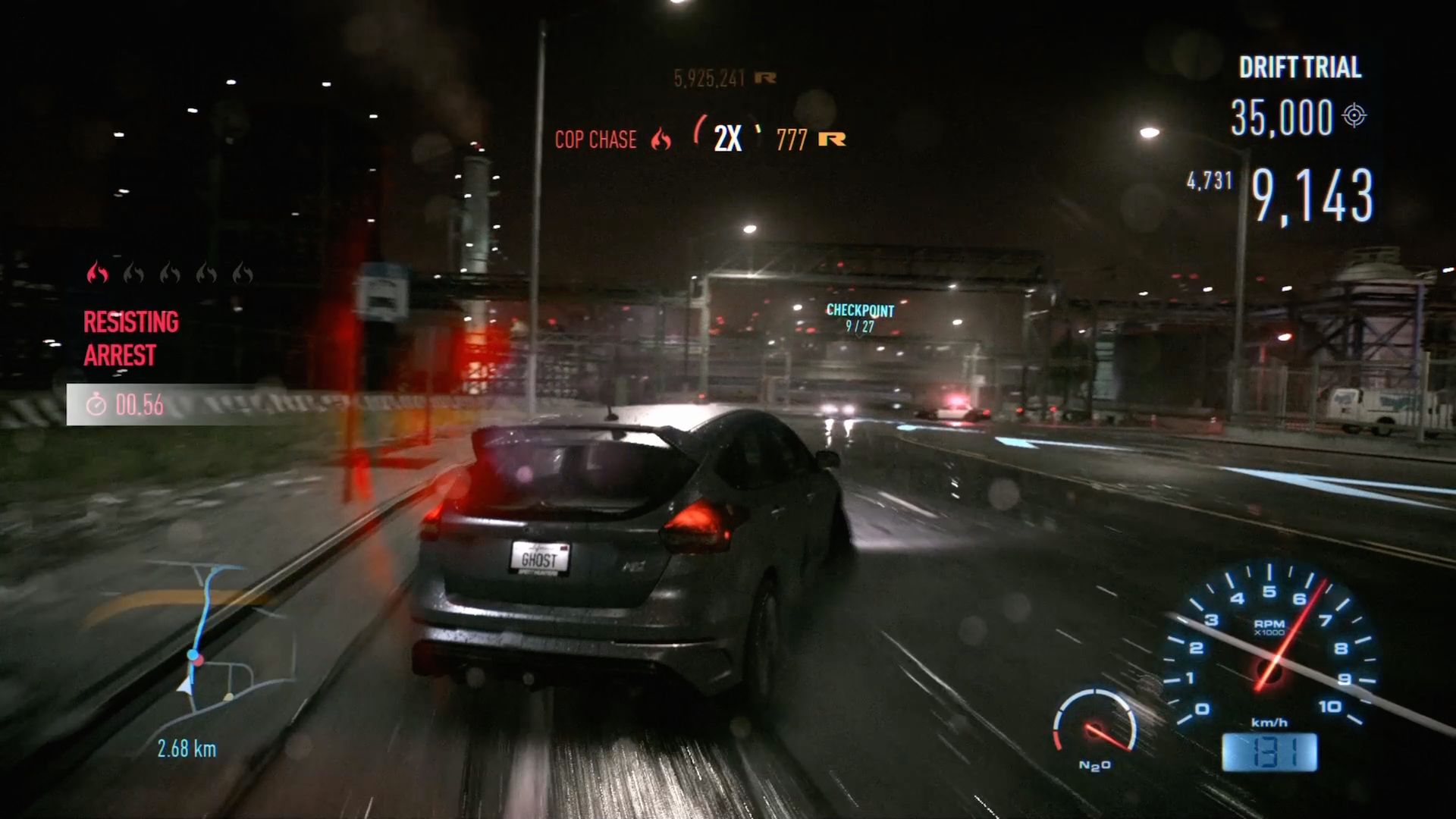 High-Def Digest: But there is also the hardcore way, which I enjoyed very much during the hands-on: rush away, battle the cops, get paid big time. How does that work?

Marcus Nilsson: When you rush away, the more damage you do, the higher your ticket. If you do that often, a guy calls you, offering a reward if you win a chase against let's say three cops with a 10,000 dollar ticket. It's a really cool risk reward system: if you win, you get to pocket in 10k. If you loose, you have to pay 10k.

High-Def Digest: And all of a sudden you sit in a meeting with a real Yakuza, offering even more cash for larger battles with the police. How did you bring him on board?

Marcus Nilsson: We are working really closely with Speedhunters, which is a website specialized in tuning and car culture. They have really good contacts. Oh and by the way: Moroshi-san is not a Yakuza, at least not that I know (he laughs). He might act a bit like a mobster in the game, but really he is playing his role there. He is actually a really nice guy and heavily into tuning. He is sort of part of the Japanese underground culture, because these people, he is hanging out with, don't respect speed limits. You know, they all drive Lamborghinis and these cars are just a little bit faster than what the Japanese police allows.

Want to know what car Moroshi-san is driving in real-life? Have a look:

High-Def Digest: Let's talk about tuning, a part I was really impressed with. Like this is no casual tuning anymore, you are not just buying tuning kit 1, 2, or 3. You can really put time and love into your car…

Marcus Nilsson: You know, it's a little bit more about authenticity than in other games. In the real world, you don't buy a new ride every month, at least if you are not Tony Stark. And this really was a problem in the last Need for Speeds: like you were unlocking new cars basically every 10 minutes or something. It was nothing special anymore. It was like you are a billionaire, owning every Lambo, Mercedes, BMW and Bugatti in the world. We are changing that: if you own a car, you take care of it, right? And if you are into tuning, you try stuff out, experiment with body kits, but also your engine." 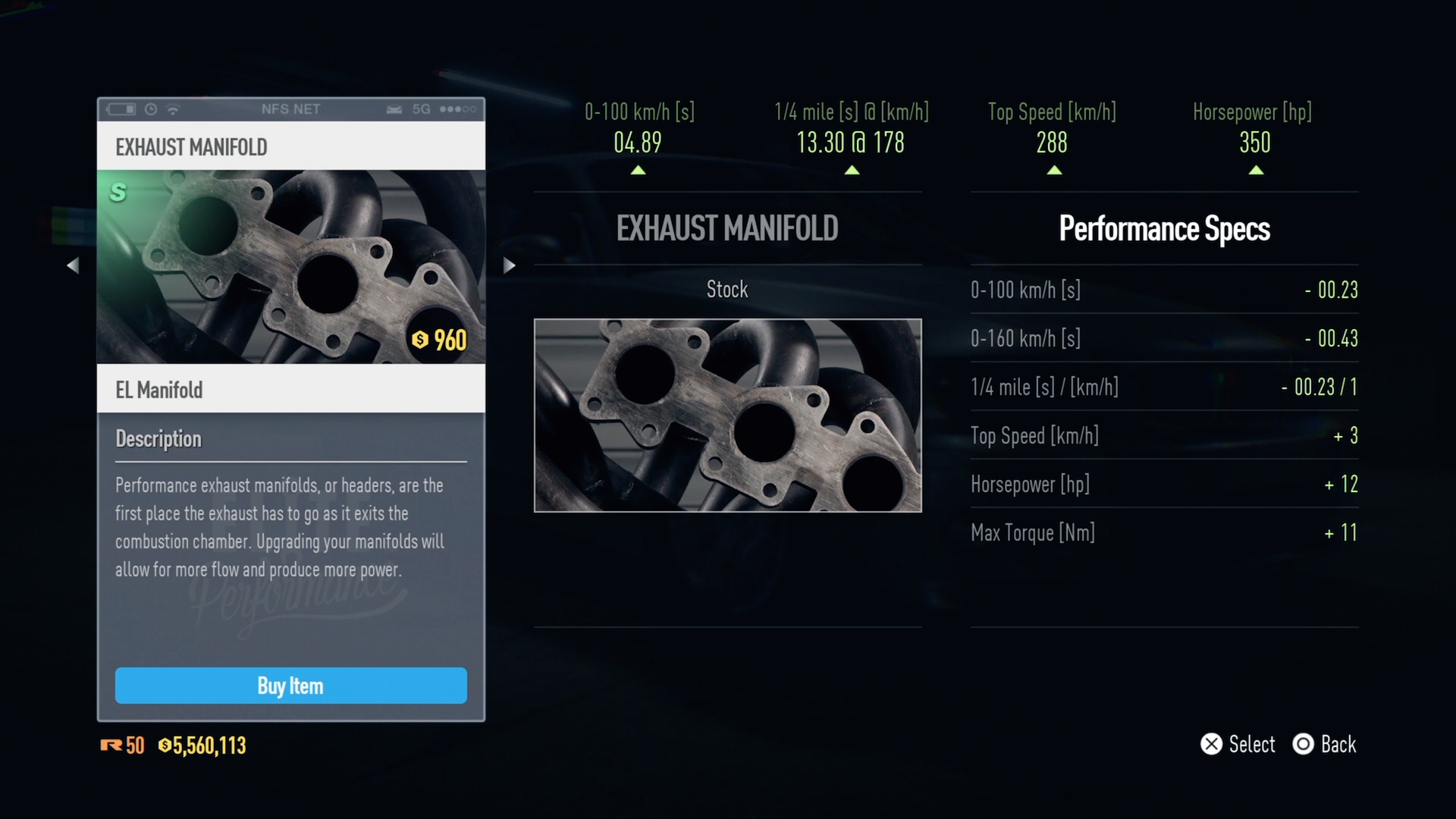 "You can really tune the sound of your car, without putting a shitload of money in it. You should try that out, when you get your review copy: buy an old Volvo 242 from 1972 for a couple thousand bucks in the game, put some love into it and the sound and performance is going to blow you away. You can smoke a lambo with such an oldie, no joke! 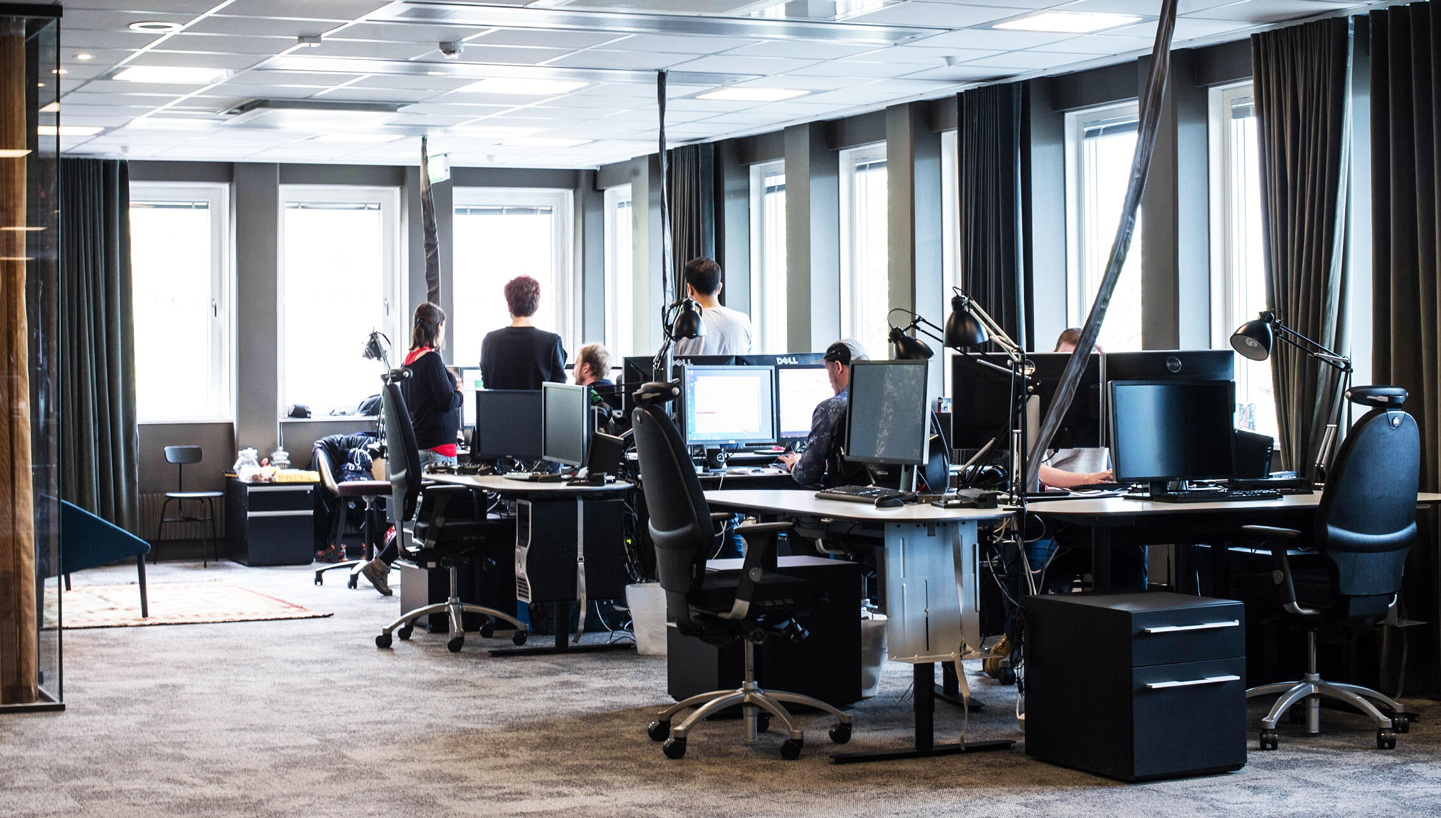 You can find the latest info on 'Need For Speed' linked from our Video Game Release Schedule. 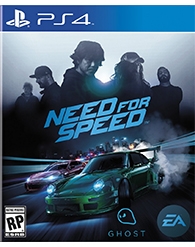 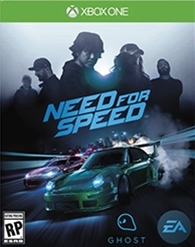 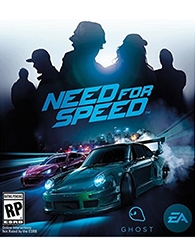