May we interest you in some dredge fights and dead gods?

'The Banner Saga' is a Kickstarter success from 2014 that has seen release on many platforms, most recently the PS4 and Xbox One. (See the review here.) It is a turn-based tactical game with distinctly Norse lore and a mature storyline. The combat is not unlike that seen in 'XCOM' or the much older 'Final Fantasy Tactics', where twitch action is replaced by slower-paced, methodical strategy. 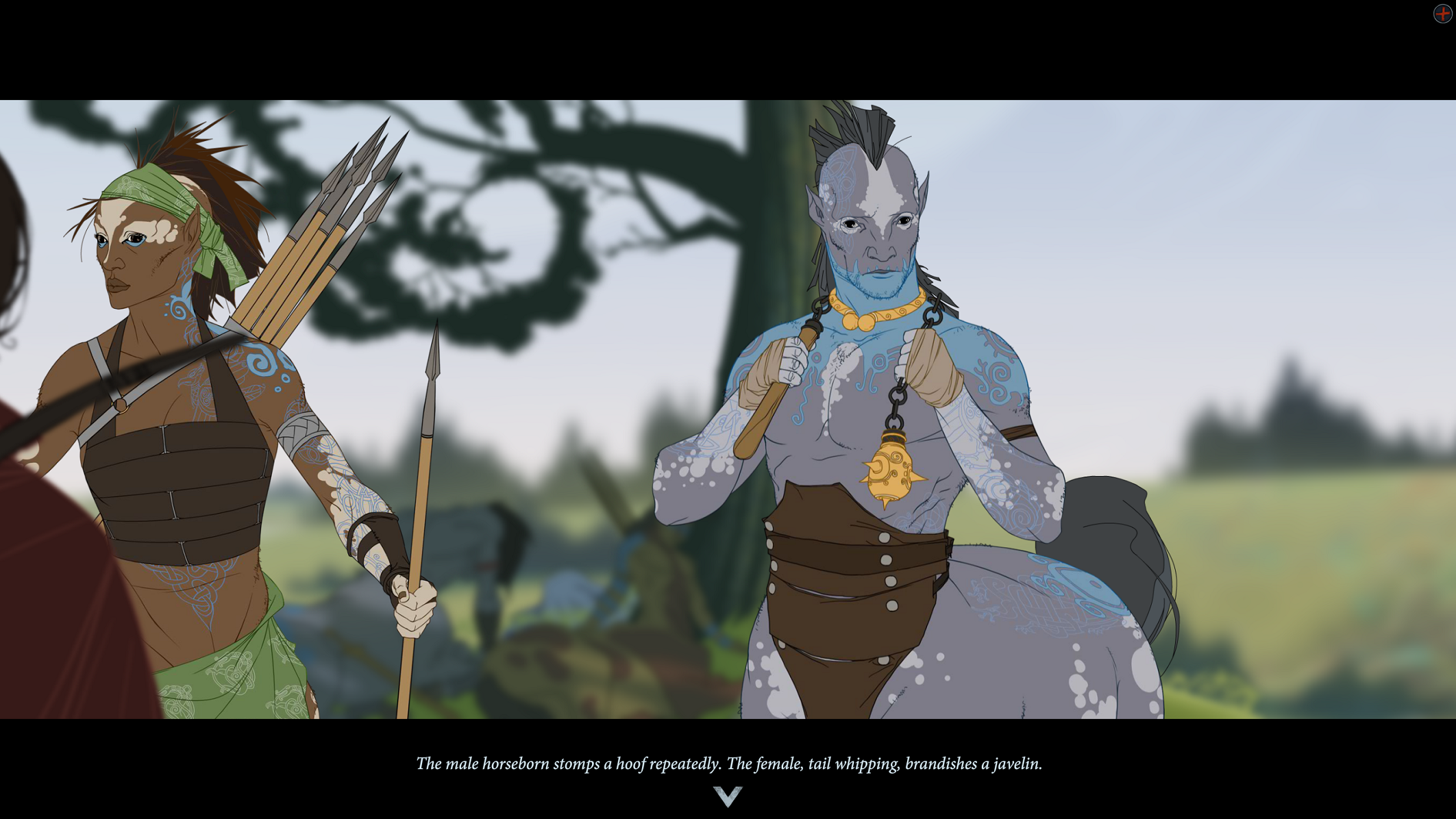 The story of the first 'Banner Saga' was essentially one big chase scene. Throughout each act, a loosely organized caravan of armed refugees plodded slowly through the world, escaping from a growing mass of stone warriors called the dredge. Frequently, the convoy’s progress would be interrupted by a fight, or any one of a number of logistical and social problems. How best should we disburse the available supplies? Should we train the women to be fighters as well? What do we do with the drunk guy who keeps disturbing people? The player’s answers to these questions could stave off setbacks for a time, or lead to even bigger ones down the road. Some choices even lead to permadeath for certain characters. Heavy is the head that wears the crown, and this particular throne offers little gratitude. 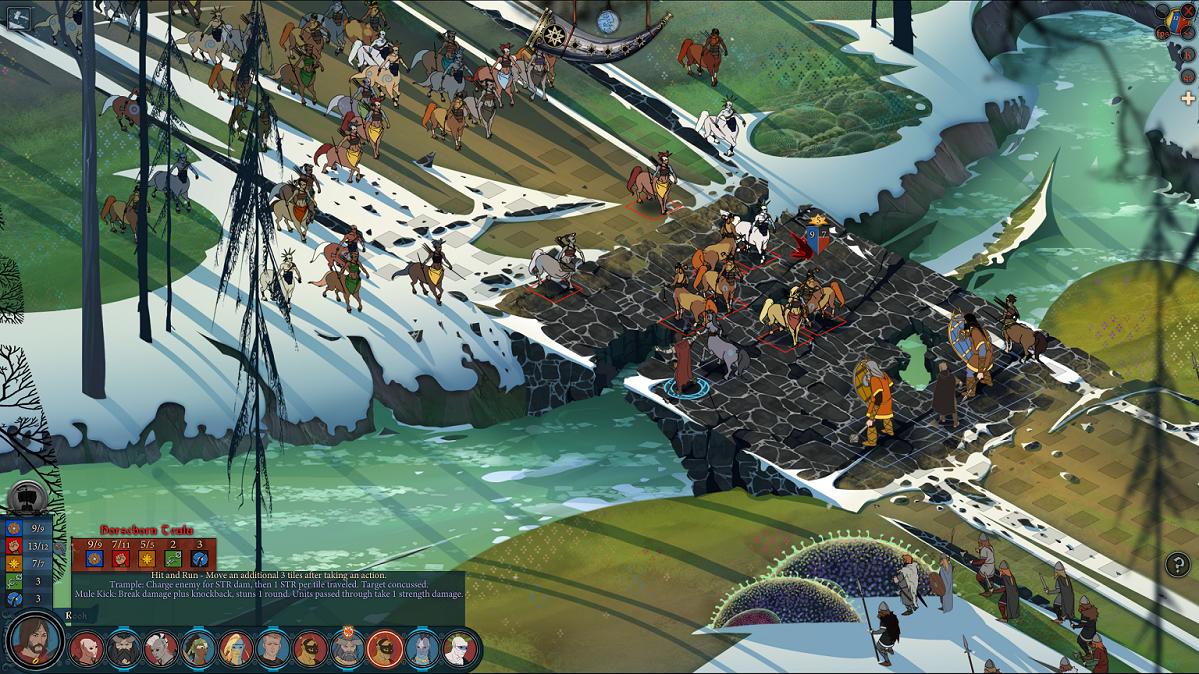 'The Banner Saga 2' continues this same sort of gameplay almost exactly, and after my excellent experience with its predecessor, I find this quite exciting. It is an episodic game after all, with three parts currently planned. However, they did add in a few wrinkles for this outing. The level cap has been raised, and certain attributes can be purchased upon level-up for various bonuses. My supporting characters like the mender (mage), for example, benefit greatly from perks that grant a higher dodge stat. The varl warriors, (long-lived, horned giants with attitude problems) on the other hand, often benefit more from a higher chance to hit. A higher level cap also means additional items, multiple abilities, and of course, a greater burden on the caravan’s renown.

Renown is the game’s only currency, used to purchase sundries like supplies and items but also level up the heroes, so it is frequently in short supply. 'The Banner Saga 2' isn’t quite so stingy with renown as the previous game, though, and it is cheaper for heroes to level. 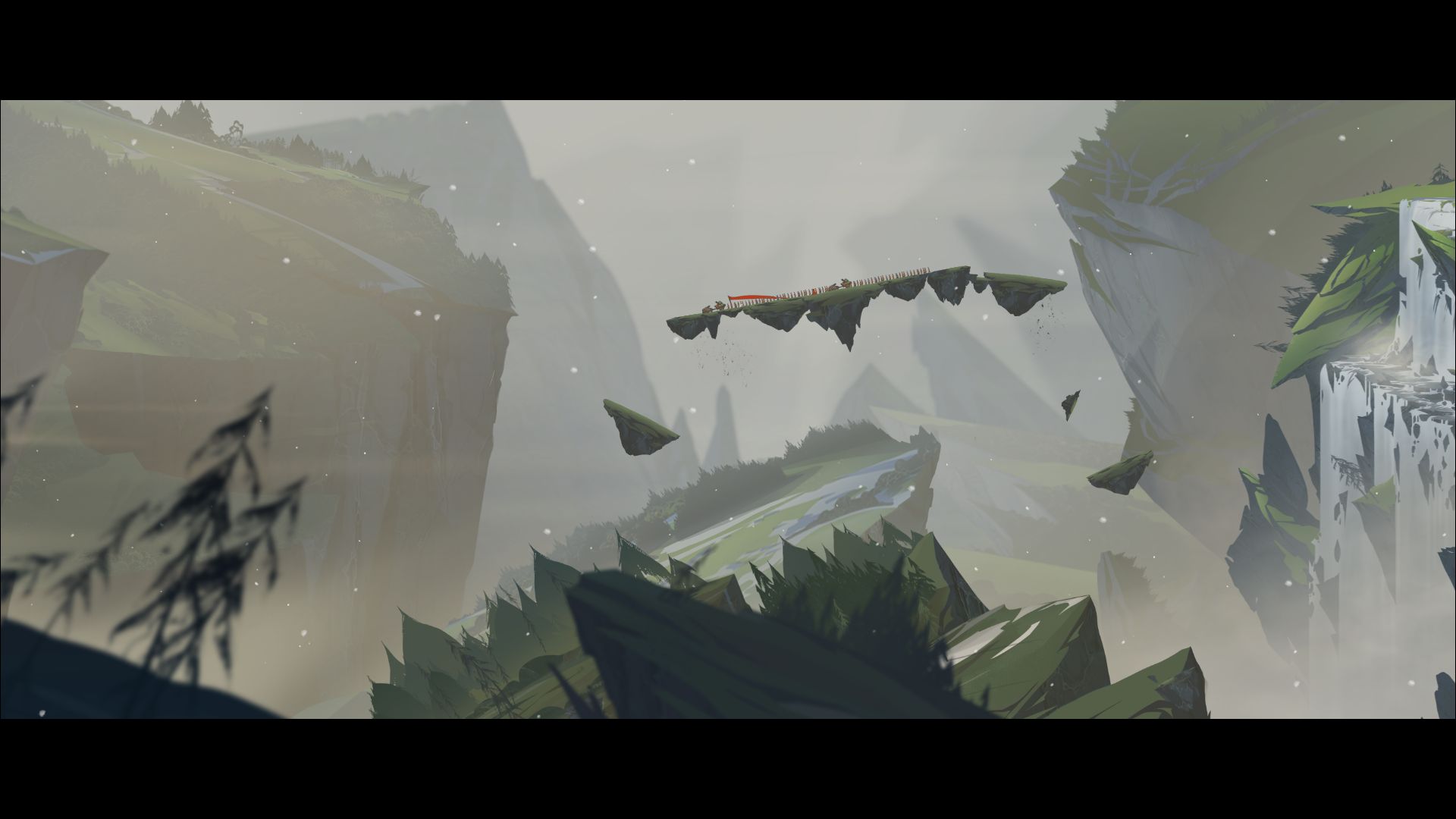 With the increased renown comes slightly easier battles, but also an increase in the number of battles themselves. In addition, the hero roster has become quite large (thereby requiring more renown to stay competitive), so all in all the difficulty probably evens out across the board. New enemy types are introduced, changing the cadence of fights and requiring new tactics. With the increased survivability of level 5+ heroes, battles tend to be slightly longer, but not so long that they become drawn-out or boring. In general, the changes are a success but don’t create a markedly different 'Banner Saga' experience for returning players. For new players not interested in experiencing the first one, it is of course possible to begin a new playthrough without an imported save, but that would be akin to beginning a TV show in the middle of its third season. You will probably still enjoy it, but you’re not going to understand much of the context. 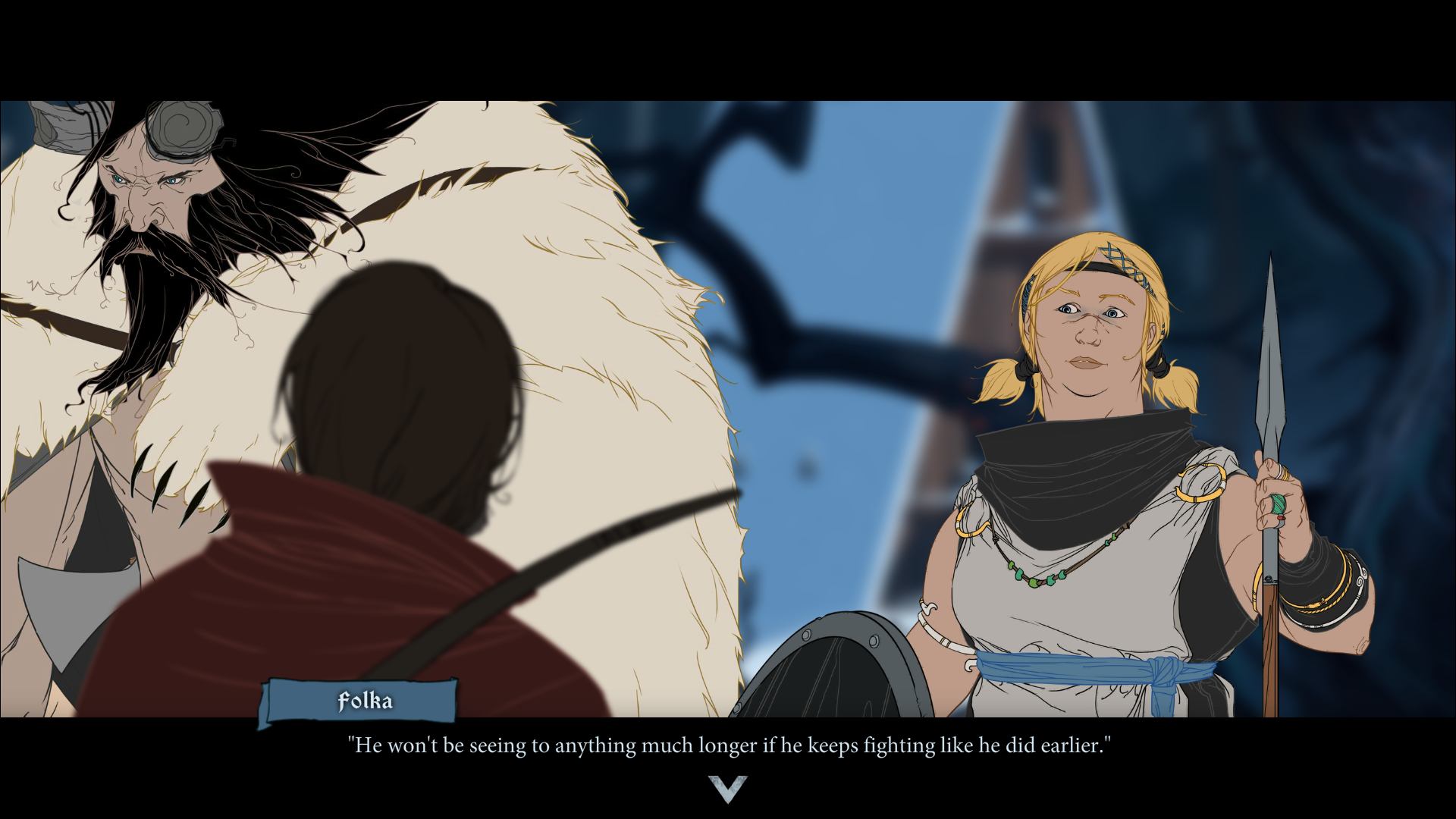 Even in this short preview build, we could tell that Stoic took player feedback into account. The tutorial is more comprehensive this time around, and even after playing through 'The Banner Saga', it was still able to teach me a few things. The training tent offers more content. The story is still the most appealing part of the game, and while we won’t ruin anything, we were quite happy with the level of narrative drive. Stoic has taken their writing up a notch. It still looks and sounds beautiful as well, with more detail and animation in the character models, and impressive 2D Nordic vistas in the background. 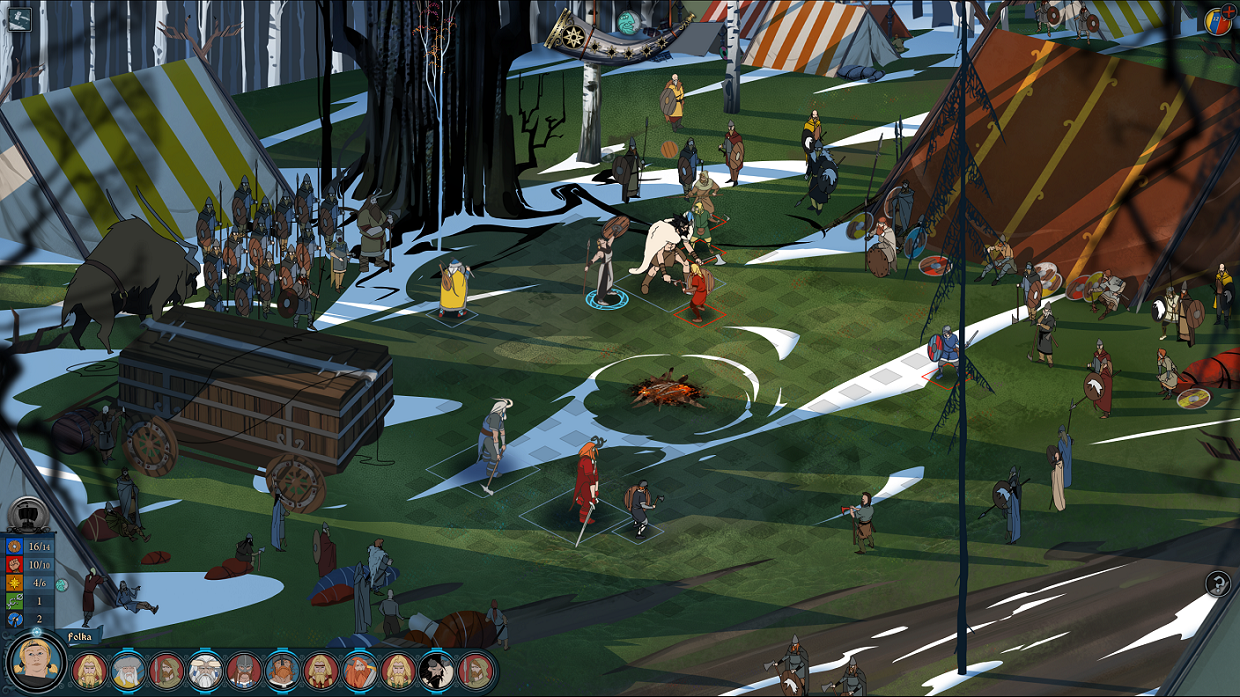 'The Banner Saga 2' will be here in just a few short weeks. If the preview build is anything to go by, this installment will continue the wonderful, grown-up storytelling we came to love in the original, not to mention its charming art design. If you tried the first and weren’t convinced, this one probably won’t change your mind. But if you are into strategy experiences and still haven’t played it, I highly recommend buying a copy (Origin Access members can play for free on PC, and it's also on sale on Steam for just $4.99) and getting your playthrough in order before April 19th (later in the summer for console editions).