A Game Of The 'Planet Of The Apes' Is Coming

And yes, Andy Serkis is involved.

After way too long of a wait, 'War of the Planet of the Apes' has finally started peeking out of the woodwork to remind the world it's still happening. We could seriously use a proper trailer, but we'll have to use some interesting news instead: after his New York Comic-Con panel for the film, Andy Serkis sat down with Gamespot for a few, and dropped the interesting bomb that he's done some mocap for a 'Planet of the Apes' game that will be coming next year.

Before you get too carried away with visions of playable Caesar whomping humanity, 'Dynasty Warriors' style, Serkis was quick to mention the game will be "a companion piece" as opposed to a full on adaptation. 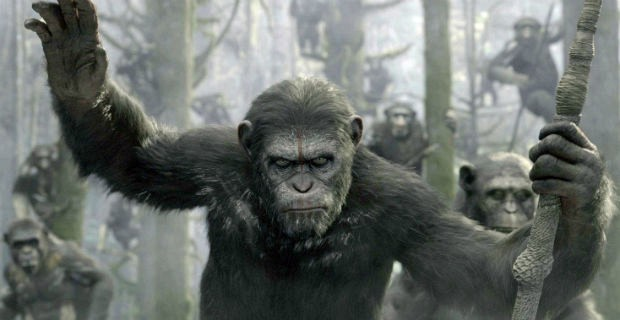 "We created it at the Imaginarium, which is my studio. Without giving too much away about it, it's not like a first-person shooter. It feels like an interactive movie. And that's all I can say other than that it will be coming out around the same time as the movie."

Serkis was otherwise pretty mum about it, other than the fact that the game is going to consoles, but lest we forget, this isn't his first rodeo with gaming, having done amazing things with Ninja Theory on 'Enslaved: Journey To The West' and 'Heavenly Sword'. Whatever he's up to has a pretty solid chance of being good stuff, especially the more of Matt Reeves and his crew he can get involved.