Insomniac Games: 'Song of the Deep' Is Our Passion Project

On the eve of PAX South 2016 and less than one day removed from the reveal of Insomniac Games' 'Song of the Deep,' and the big question has been why? Why an under the sea 2D metroidvania, and why the partnership with GameStop? Well, for anyone who has toiled on a multiyear AAA project, there's not so much mystery.

Speaking with Insomniac Games' James Stevenson, and the message is pretty consistent. "Passion project," "freedom," "something different," etc. 'Song of the Deep' puts the player in the role of Merryn, a character who has spent much of her life sitting on the shore waiting to guide her father in as he returned from the sea. When the day came that he didn't return, it became Merryn's turn to delve into the deep. 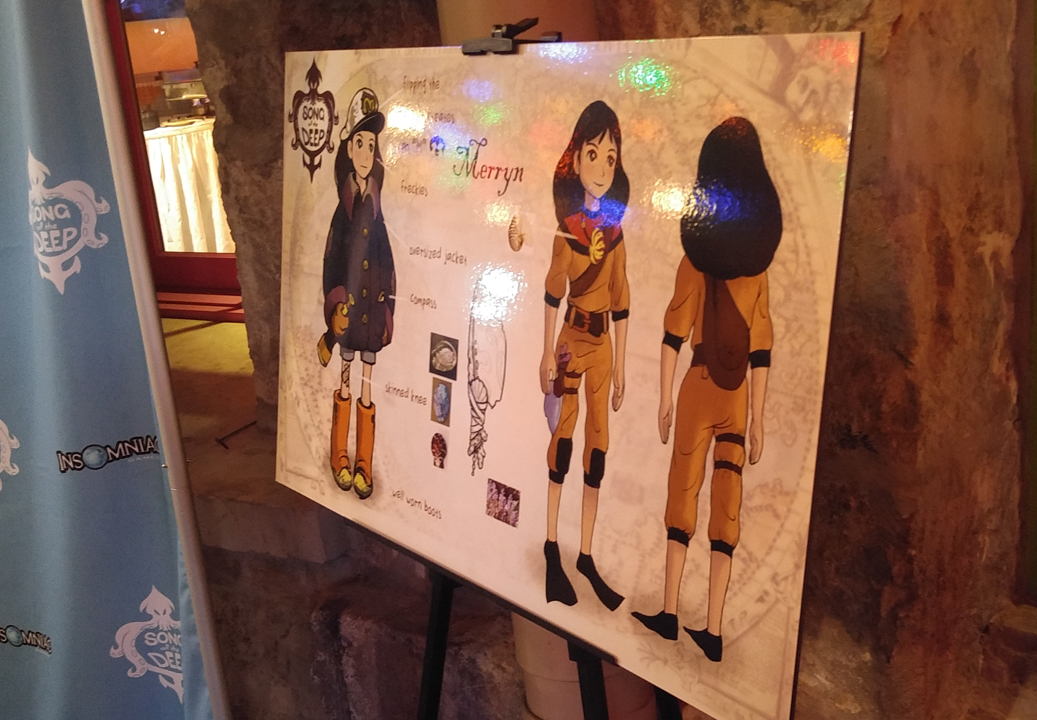 As it happens, Merryn has dreamed that her father is trapped, and her decision to set out after him causes her to build her own sub using spare parts. 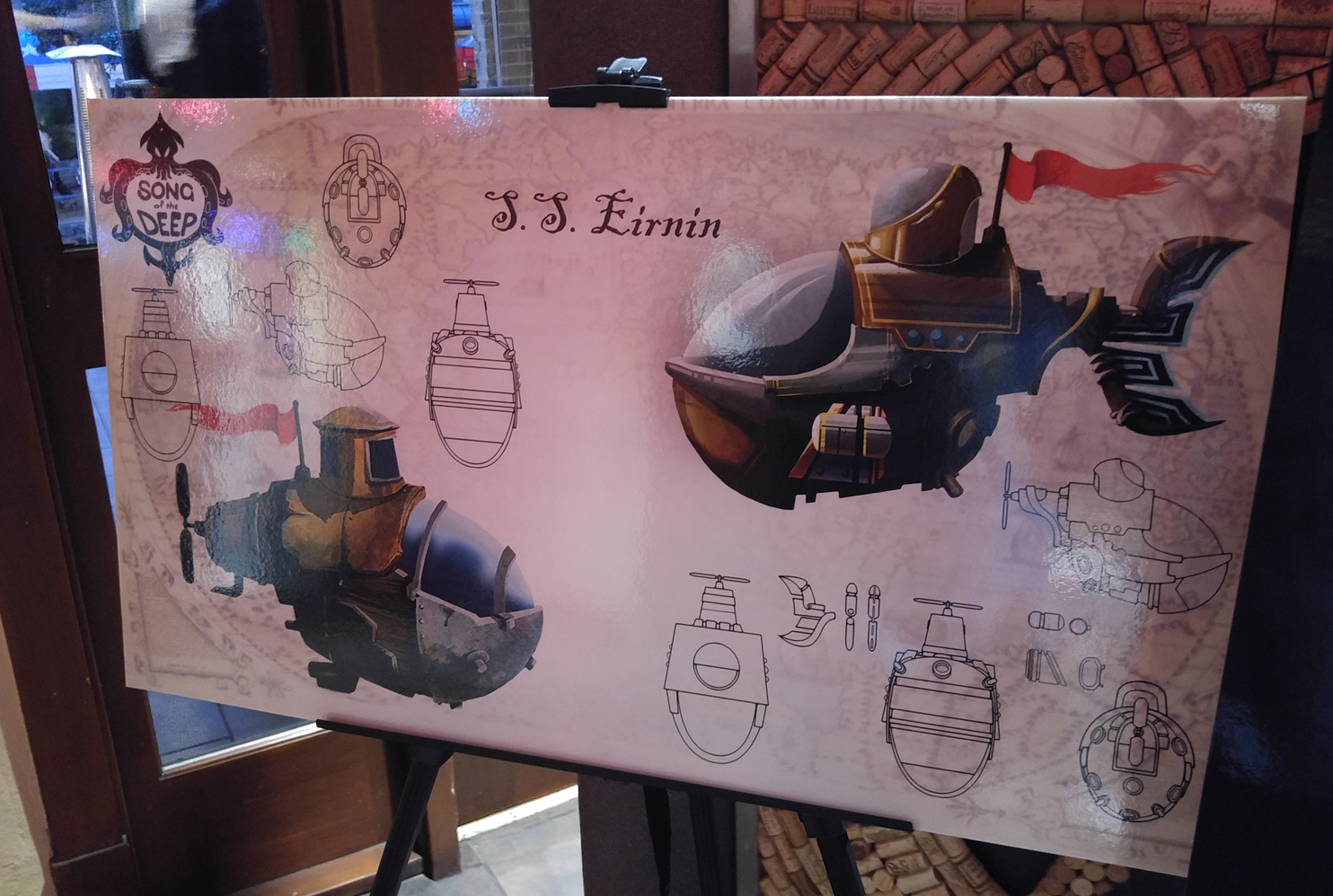 While the character art and parts of the environment are 3D, this is a 2D game. Built in Unity, the player directs the sub, and eventually, Merryn's diving suit, with the left stick. From what I've seen and been told, there are torpedoes, a spotlight, a chain with a magnetic claw at the player's disposal. I'm expecting more as the player progresses, and it wouldn't be Insomniac if not for some weapon variety. For example, a torpedo can be launched, grabbed by the claw, and swung around the sub.

We've seen a giant boss-like head, complete with gears, and positioned to block a path. It may be that this path leads to an intricate gear-themed area. While Merryn will find some allies under water, like sea crabs, she is really on her own, and the feeling of isolation is meant to permeate along with the exploration.

(I'm expecting to get hands on with a build of the game later on in the week, so expect more impressions then.)

Update:  Sadly, hands-on impressions are going to have to wait awhile. Just goes to show how big PAX South has become to have so much packed into a short amount of time. 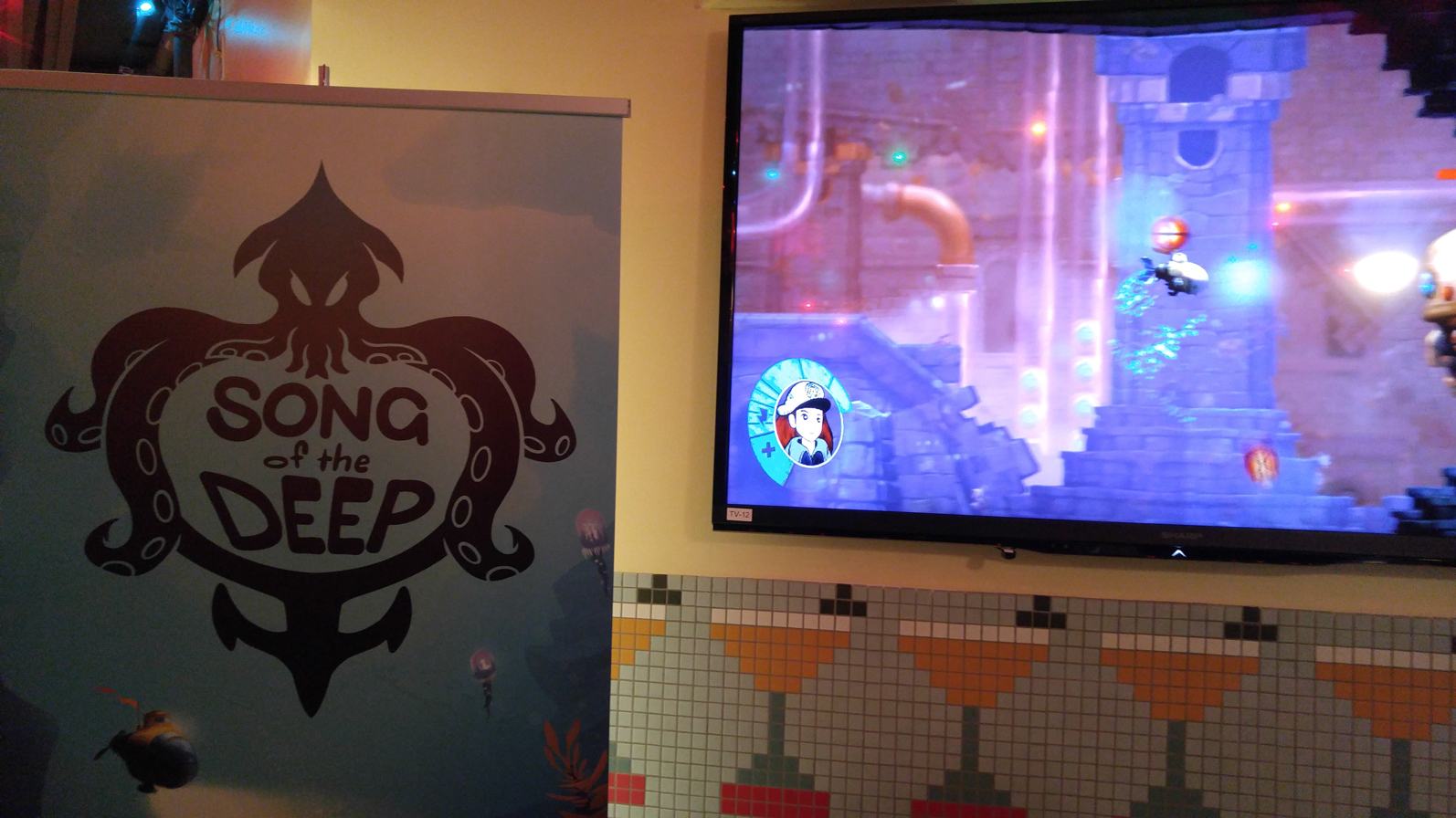 But it's really not surprising that developers who have been part of huge teams on large, multi-year game projects, jumped at the chance to be on a small team. No buffed out hero/anti-hero for this game, rather, Merryn's determination to find her father is somehow familiar and different at the same time, and this idea originates in the family life of Chief Creative Officer Brian Hastings.

The fifteen person team has been working on the 'Song of the Deep' for around a year. And for better or for worse, the thought of pitching to a major publisher your idea for an Irish lass searching for her lost father under the sea in an old school exploration genre seems like a tough sell a best. Fortunately, with the major details in place, Insomniac Games was able to work out a deal for GameStop to publish. That ought to mean at least one game on the shelf with some creative cover art.

I think a big deal with this kind of publishing relationship and this team is that Insomniac seems to have a good amount of control over the release date. Though summer has been tagged in the trailer, I think spring (or at least pre E3) is a distinct possibility for this passion project.