Which Will Be More Successful, the HyperX CloudX for Xbox One or the All-New HyperX Cloud Revolver?

The safe bet is the CloudX. 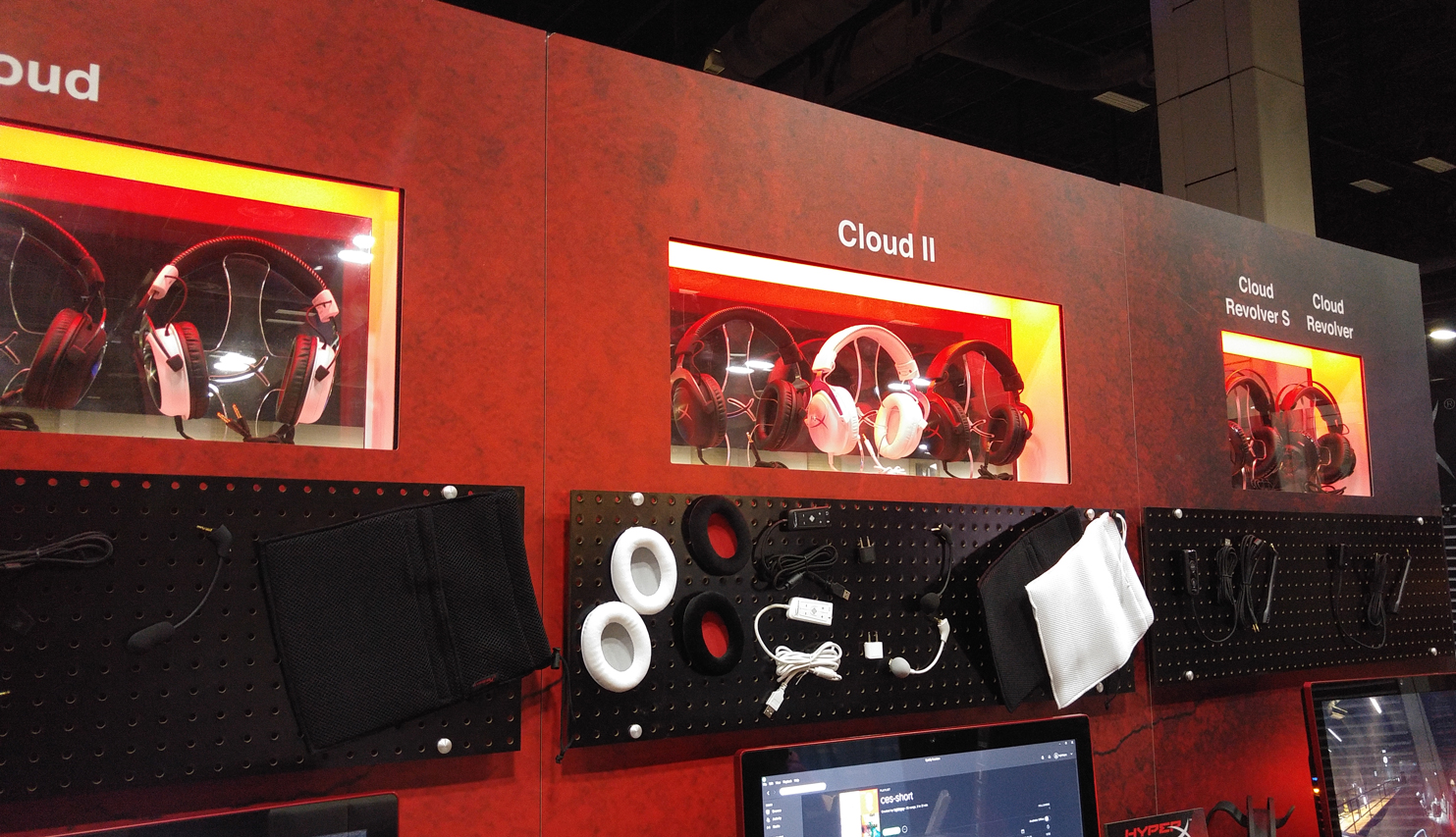 Let's start with the more straightforward model, the HyperX CloudX. The CloudX is a passive, wired stereo headset that just happens to descend from both the community-loved HyperX Cloud and, further back in lineage, the QPad QH-90. That is to say that the design has a nice history of being comfortable, durable, and well-accessorized with both the performance and price point to give it an excellent reputation. Naturally, the 3.5mm connection of the older Cloud and Cloud Core could easily suit the current Xbox One controller, but the CloudX includes some important changes to help solidify that this is a good headset for the Xbox One. 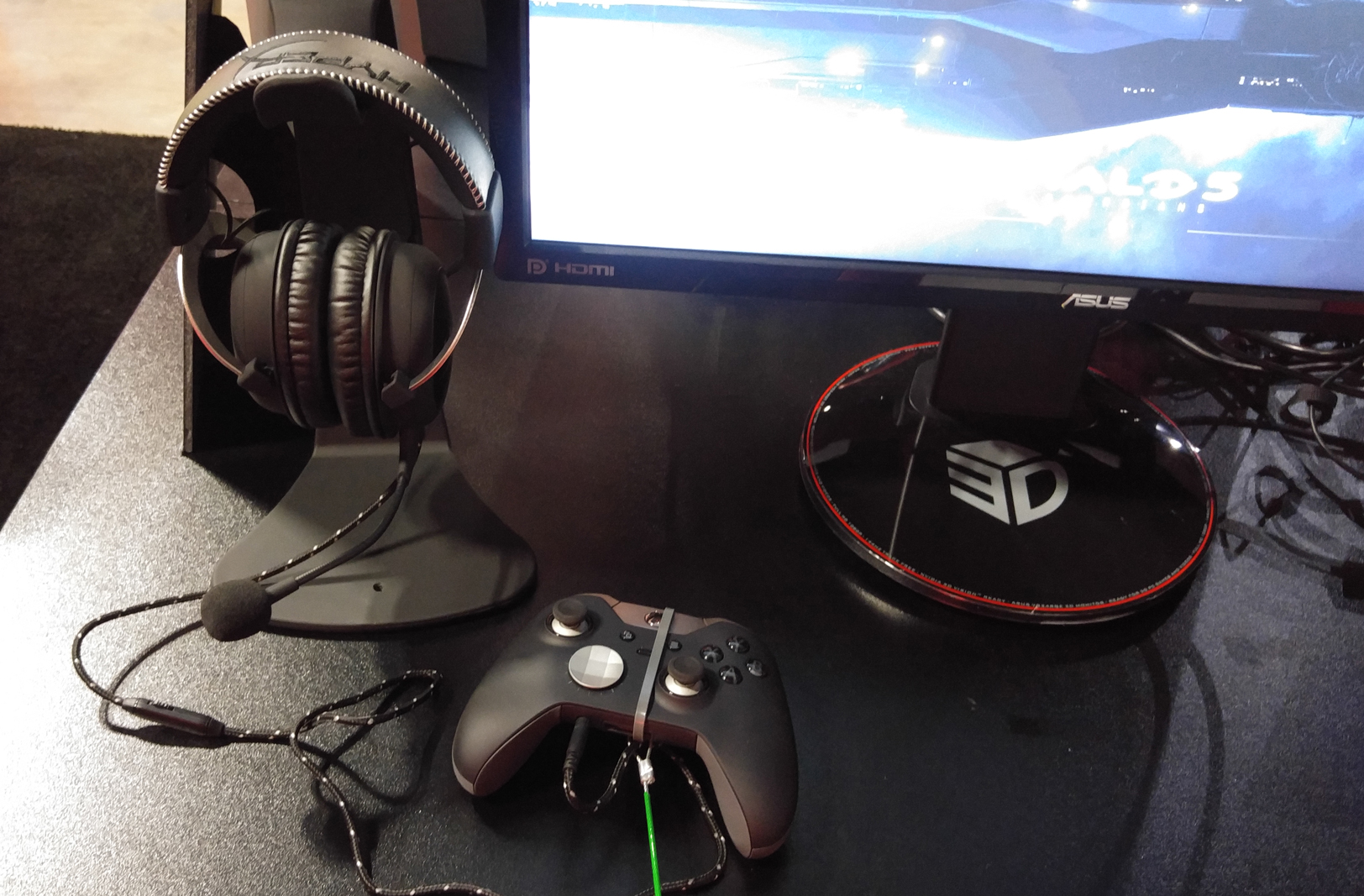 The black and flat brush grey look is a perfect pairing with the Xbox Elite controller, and amazingly manages to take what has been a welcome, all-business look to a subtly stylish level. The CloudX is based on the Cloud II, minus any USB sound card ability. The 53mm drivers have likely been tweaked a little to accentuate the Xbox One controller output, but more impactful, the CloudX has an in-line control cluster. Unlike some others that have hit the market recently, this cluster (volume and mute) seems to have avoided being annoyingly heavy. 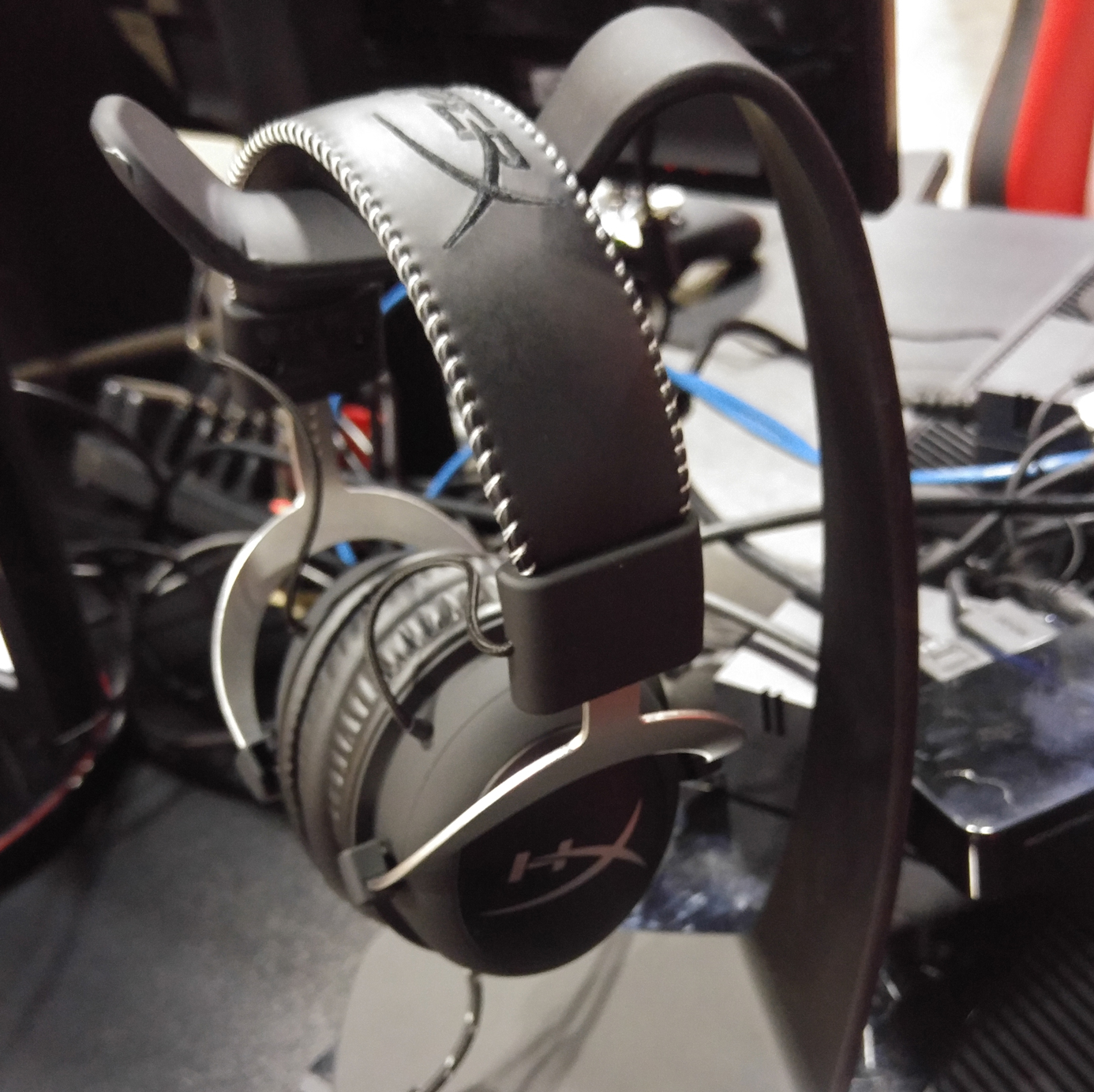 Rarely shy on accessories, this HyperX headset includes two sets of ear cups (velour and leatherette), a hard case and an extension for use on a PC.

Even with the myriad of options available now, the HyperX CloudX will be a smash hit for the Xbox One. Also, while the CloudX is specifically licensed for use with the Xbox One, that won't stop it from being a great pairing with the PS4. The practical and excellent form factor alone will be like an awakening for many users when it becomes available in the spring.

With the HyperX Cloud being so popular in various circles, you might think it would be easy to introduce a newer model of similar design. Certainly, as I said above, a couple of rounds with the CloudX 'Forza 6' and 'Rise of the Tomb Raider' (blessedly before PAX South was open and crazy), and I fully expect it will be a massive hit this year and on. But unlike the CloudX or even the USB driven Cloud II, the HyperX Cloud Revolver is a much more ambitious design. 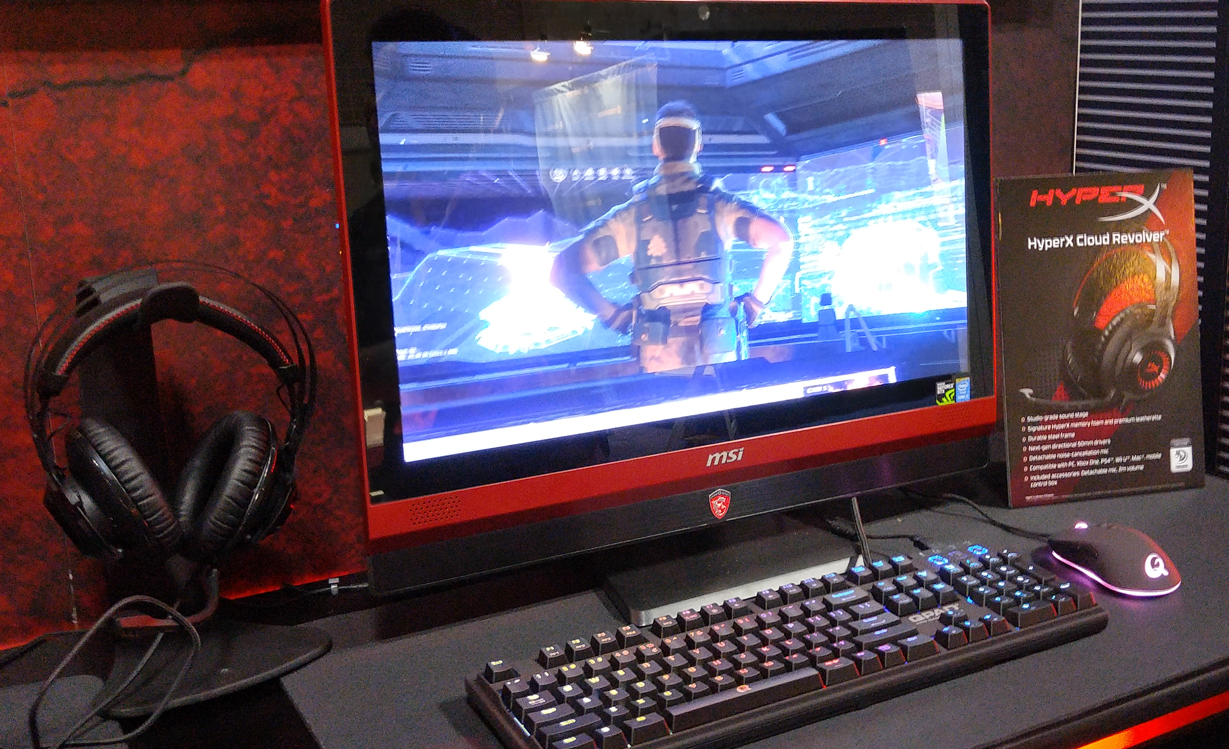 While Kingston chose to license and refine the design of the HyperX Cloud, the Cloud Revolver has been developed from the ground up. Before getting into its features, it's important to recognize the significant difference in form factor. Basically, the headband padding seems similar, but everything else is different. The circular cans have been angled towards the shape of our angled ears and feature 50mm drivers. The familiar forks are gone, and in their place is a thin, steel super structure that extends over the headband and ear to ear. While still being quite flexible, the Cloud Revolver feels much lighter. Those angled drivers are meant to open up the presentation a bit, and this is the area where the Cloud Revolver could become a standout.

The detachable mic now has a lot more character in terms of articulation. The Cloud Revolver only comes with one set of ear pads, but Kingston feels that these leatherette and memory foam pads reflect a significant design focus. What's obvious is that it's now very easy to pop these pads off via the tabs, which should be good for cleaning and in the very long-term, replacement. 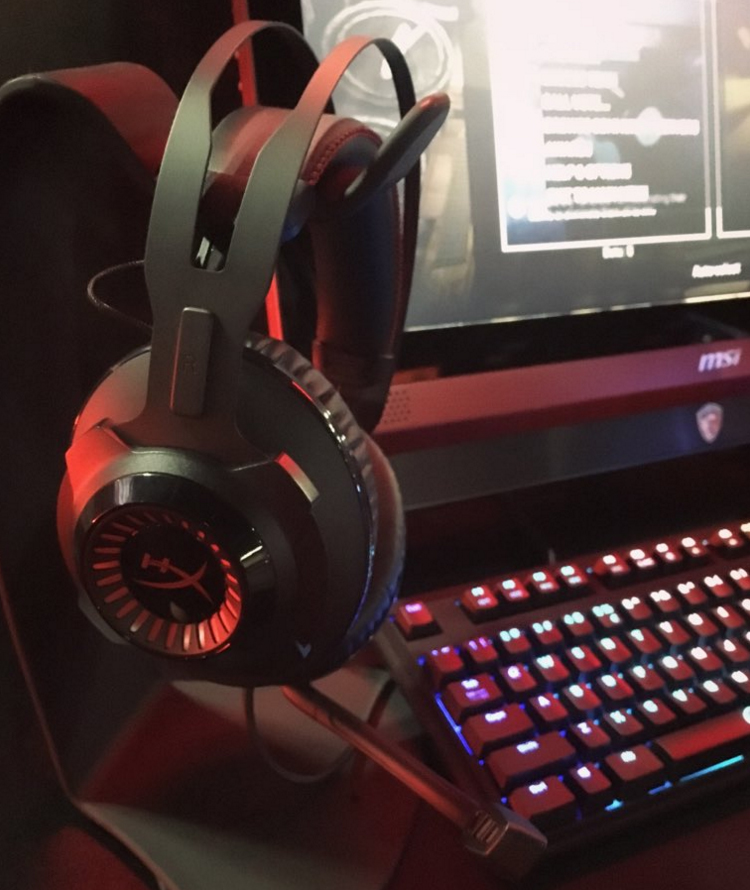 I used the Cloud Revolver while playing some of the 'Black Ops III' campaign on the PC. The presentation was clear and definitely not narrow, but I really want to get in some time with my own hardware. (Sound location was good, and there was also some sonic punch. Still, I felt like I needed to adjust the demonstration's settings. All of the HyperX stations were still being set up, and I'm not sure that this had been dialed in.) Furthermore, the Dolby Surround USB powered variant of the Cloud Revolver, the Cloud Revolver S was not available to test, and that again, is something I am anxious to try in-depth. (The Cloud Revolver should be available in the spring with the Revolver S comign later in the year.)

No doubt, HyperX has not played it safe with the Cloud Revolver and Revolver S, and at least some of the big changes are very attractive. Hopefully, the risk ultimately awards users with a noteworthy headset.