Did You Think That Accessing The 'Bloodborne: The Old Hunters' DLC Would Be Easy & Straightforward?

Will require the "blood of its wielder."

The $19.99 'Bloodborne' DLC expansion, 'Bloodborne: The Old Hunters,' hits next week on the 24th, and preordering now secures the buyer a special PS4 theme. Accessing the content, however, is much more complicated.

Step 1
Defeat the boss of the Cathedral Ward and examine the altar in the back of the room to change the in-game time to night.

Step 2
Go to the Hunter’s Dream and receive the Eye of a Blood-drunk Hunter from a messenger.

Step 3
Go to the Oedon Chapel and leave via the left-hand exit to enter the square.

Step 4
1. Go to the right-hand end of the square to trigger an event. This event will take you to the new area: the Hunter’s Nightmare.
2. Lighting the lamp in the new area will allow you to travel to and from the area via an Awakening Headstone in the Hunter’s Dream. 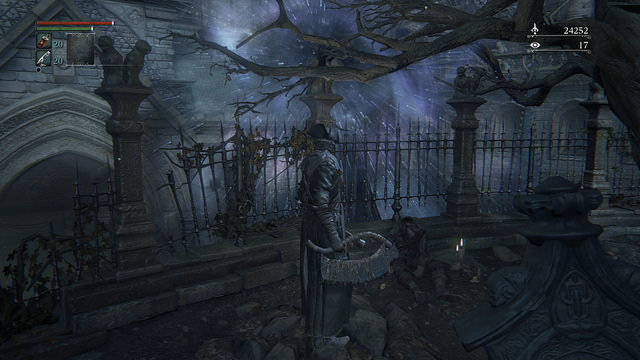 Along with these very crucial steps, three juicy tidbits about the expansion have been shared. The expanions will introduce the Bloodletter weapon, and make Djura's Gatling gun equipable by players. (Save up those Quicksilver bullets.) 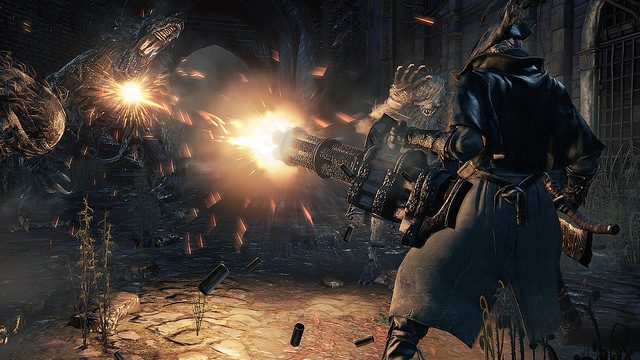 The Bloodletter is wielded by Brador, an ancient Hunter and assassin, (and now likely an enemy). As for the Bloodletter, "this weapon assumes its true form after drawing upon the blood of its wielder. In other words, you must plunge it into your own chest in order to unleash its true power."

There will also be a new rune, one which fans have been waiting for since before the game's release. The Beast's Embrace rune will allow players to take on "a ghastly form." 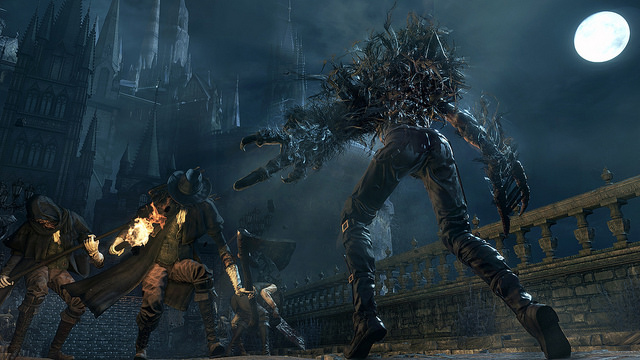 Of course, there is free content on the way as well. As a part of the 1.07 update, the game will have a "League," which will serve as a new coop and competitive (via leaderboard) system. To join the league, players must go to the shack to the right of the first lamp in the Forbidden Forest. There they can summon Summon Master Valtr and thereby obtain the impurity rune, which will grant access to the League ranking screens. Climbing the ranks requires that players consume Vermin, which are obtained after successfully completing co-op sessions.

Speaking of co-op sessions, players who have used either the Beckoning Bell or the Small Resonant Bell (and thus have signaled the desire to play co-op), will appear in other players games as phantoms with a ripple effect at their feet. This will only happen to players within the correct level ranges.