'Metal Gear Solid: Ground Zeroes' is finally coming to the PC, and fans have to be looking forward to seeing just how impressive the FOX Engine powered game looks on a decent rig. Following up on last week's reveal of PC control options (see below), Konami has published the game's minimum & recommended specs:

Processor: Core i5 SandyBridge 4Core (4 Thread) 2.7GHz or above

Memory: 4 GB RAM or above

Graphics: GeForce GTX 650 or above

DirectX: Version 11 or above

Processor: Core i5 SandyBridge 4Core (4 Thread) 2.7GHz or above

Memory: 8 GB RAM or above

Graphics: GeForce GTX 760 or above

DirectX: Version 11 or above 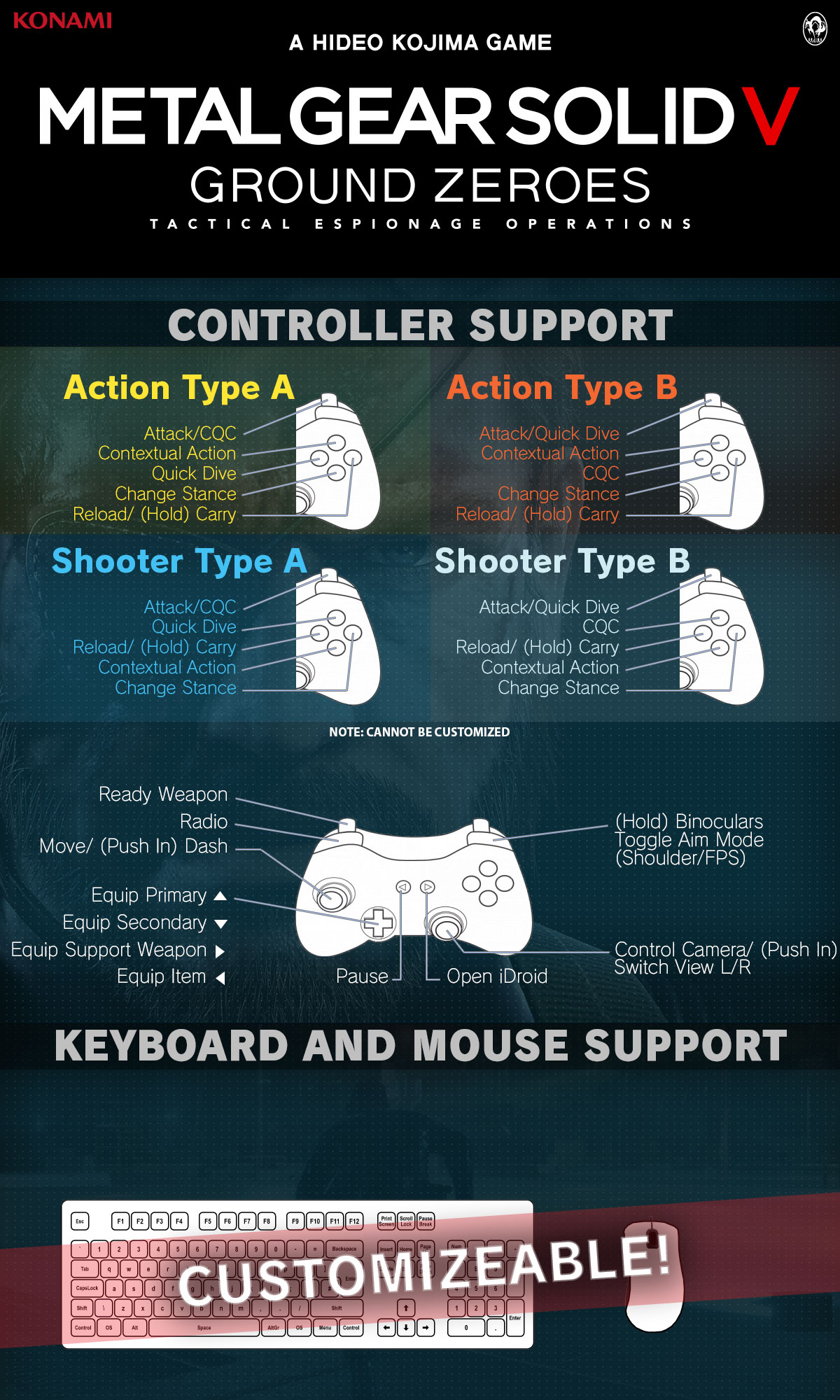 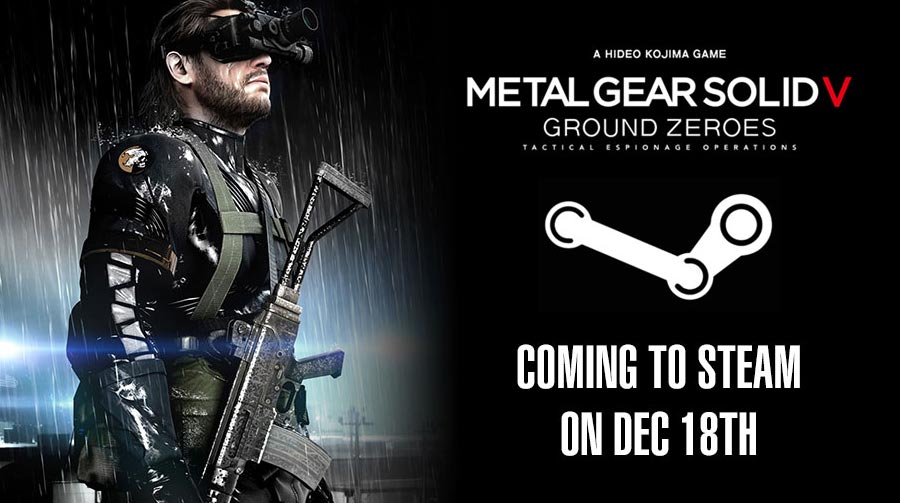 Konami has promised that the PC version of 'Ground Zeroes' will be "4K compatible and will feature an increase in the number of simultaneous light sources, the number of models that can be displayed on-screen, and increased shadow resolution." The publisher has also promised that this version won't just be a barebones port and will allow players some ability to tweak visuals. (There are PC achievements.) While the PC specs include the now frequent characteristics of a 64-bit OS and DirectX 11, there's nothing in this that suggests that the eventual PC version of 'Metal Gear Solid V: The Phantom Pain' won't have higher requirements.