(Re)Master Of War: Details On The 'Darksiders' Re-Release

War is, in fact, pretty.

Not content to let his brother Death be the belle of the current gen ball, with the "Deathinitive Edition" of 'Darksiders II', as announced earlier this week, Nordic Games will be giving the original 'Darksiders'  a dazzling once-over on PC, PS4, Xbox One, even WiiU. Today they're offering the hard and fast details on the new edition. 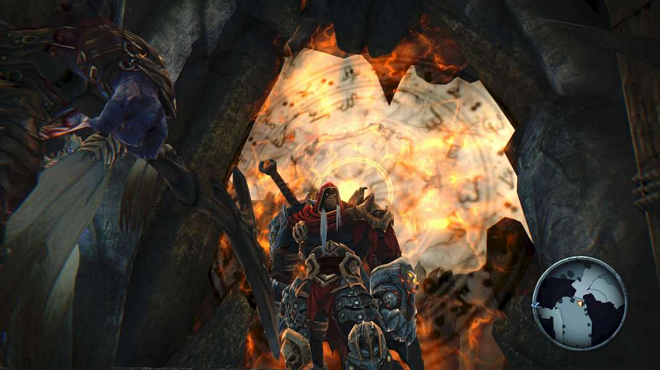 The new release, dubbed "Warmastered Edition", will be getting the expected slate of visual upgrades, with the Xbox/PS4/WiiU versions getting a bump up 1080p, and the PC version getting boosted up to 4K. The WiiU port, however, doesn't get to join the big boys in the 60fps club. Regardless, all versions will be getting double the resolution on all its textures, and better rendering on wide swaths of its visual effects.

According to Gamespot, a press release has been sent stating the game will be hitting October 25th for a cool $20.