In an update from Night Dive Studios, it has been revealed that the upcoming remake of 'System Shock' is not heading for its originally intended December 2017 launch, and will now be released in Q2 2018. The news isn't all bad, however, as the shift in release date is allowing the team to target a simultaneous release on all platforms. They have stated that a simultaneous release still isn't confirmed, but they'll be trying their best to meet it. Additionally, the studio has released new concept art for the game: 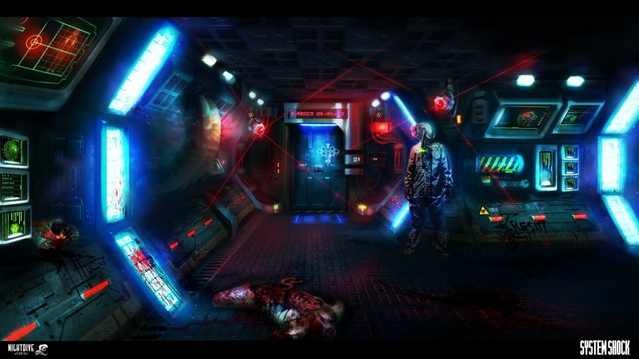 The studio has also announced that they've begun work on a vertical slice demo that will reveal how the game should feel when it finally launches and how the visuals will look, while also providing insight into how long it takes to create content for the game.

While the delay is a shame, the studio is being really upfront about everything, and I greatly appreciate that. Here's hoping the end product turns out every bit as noteworthy as its predecessors.