2K made a pair of announcements regarding 'NBA 2K15,' the latest installment of their genre defining series. 2K has reached a deal with "one of music’s most creative minds," internationally-renowned artist and producer Pharrell Williams, who will curate the "most extensive and unique soundtrack compilation in NBA 2K franchise history" for 'NBA 2K15.' Ultimately, fans should expect, a significant difference in the game's soundtrack, and hopefully something memorably in the best of ways.

From Alfie Brody, Vice President of Marketing for 2K, "Pharrell’s passion and reputation as a visionary producer and expertise from working with the NBA will be evident in the largest and most eclectic NBA 2K soundtrack ever. We really listened to our fans’ feedback on how we could improve their experience from a music standpoint, and we’re confident Pharrell’s collaboration in NBA 2K15 will impress players as much as it’s impressed us."

2K has also shared the finalized cover, which not only features MVP Kevin Durant, but also has some noticeable headlining recognizing Pharrell Williams contribution. 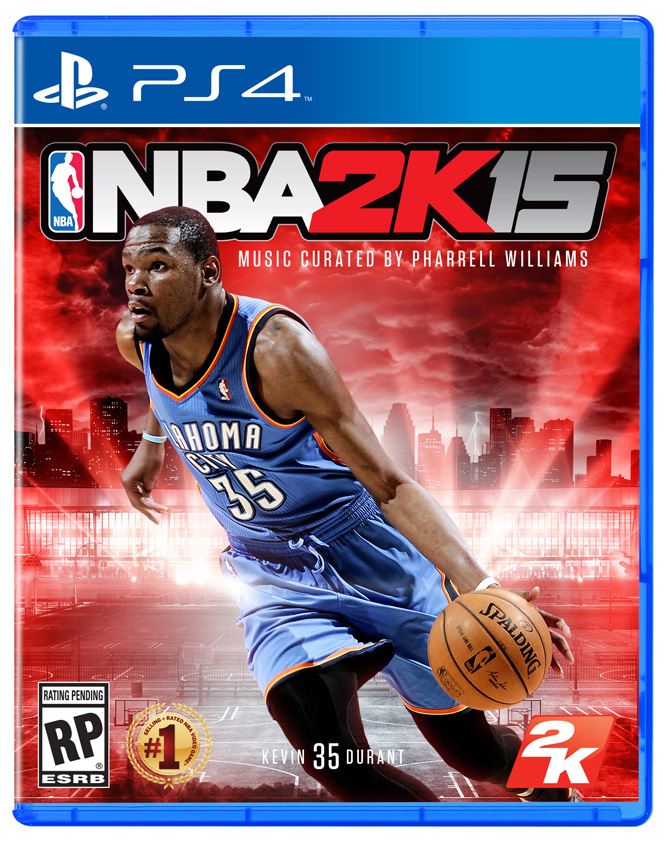 You can find the latest info on 'NBA 2K15' linked from our Video Game Release Schedule. 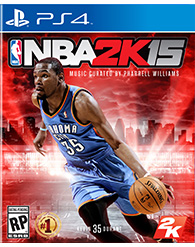