Not one but two rhythm titles to tempt players away from 'Destiny.'

This is an odd week, while the biggest games try to avoid being obscured by the 'Destiny' phenomenon, there are several smaller releases of note.

After successful runs on the Vita, PS3, and PC, 'KickBeat' comes to the PS4 in the form of 'KickBeat Special Edition.' I'm a big fan of 'KickBeat,' and expect that eventually we will see more rhythm fighters. The move to the PS4 means that an even larger audience can experience the game. It has a hard initial learning curve, but stick with it a few levels and it will all become rhythmic. A review of the new PS4 version is due later this week, but the PC version review can be found here. A version is also due out soon for the Xbox One. 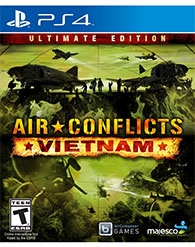 The music of 'Final Fantasy' continues to endure, earning new fans, and inciting the second rhythm game built around the lengthy catalogue of memorable pieces. 'Theatrhythm Final Fantasy Curtain Call' contains 200 plus songs, and really makes sense for anyone who doesn't own the original and its DLC. Naturally, for fans of 'Final Fantasy' and rhythm games, the series is a must. 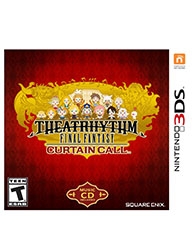 Careful now, 'Murasaki Baby' is not only a Vita game, but it also actually requires the touch screen (scandalous!). The game exhibits a bit of the eeriness of 'Limbo' but with much more overtly disturbing creatures. The player must puzzle through the environment in order to keep the baby safe and not crying in this surreal world of deformation. Expect a review later this week.

From Compile Heart, comes a game that places the ancient weapons of the gods in the hands of fencers, who then battle. 'Fairy Fencer F' would seem to put the player in a tricky position, essentially on a collision course with both the Goddess and the Vile God. Expect a review later this week. 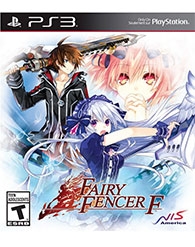