'Madden NFL 16' Movie Trailer Is Entirely Bizarre, Has Very Little To Do With Video Game Football

Now it'll be disappointing if Rob Gronkowski doesn't have a football-shooting mech suit in the actual game.

'Madden NFL 16' is days away from launch, and it looks like EA's last push to rally excitement around the title is the game's latest trailer, titled 'Madden: The Movie.'

Showing almost nothing about the game itself, the trailer is still absolutely worth a watch, if for no other reason than to see 49ers quarterback Colin Kaepernick doing his best Pacino impression.

Starring Dave Franco and Christopher Mintz-Plasse, the trailer defies all explanation, trading in the usual game trailer fare (you know: gameplay, cutscenes, any information about the game itself) for bad '80s haircuts and Bollywood dance numbers. If you still haven't decided whether or not to get EA's latest football title, this trailer probably won't help you make up your mind, but it's not a bad way to spend five minutes.

You can find the latest info on 'Madden NFL 16' linked from our Video Game Release Schedule. 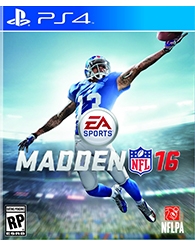 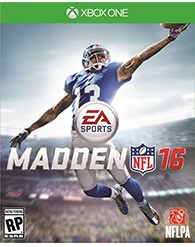