A Third Channel: Dragonforce's 'Through the Fire & Flames' Returns to 'Guitar Hero' As Part of a Five-Day Shred-a-Thon

For fans and players of 'Guitar Hero,' Dragonforce's 'Through the Fire & Flames' has been something of a white whale, and it may be one of the most significant songs in rhythm game history. Not only is this series and genre significant track now available to play in 'Guitar Hero Live,' but it comes as part of a playlist of the game's toughest songs yet. These five tracks are not in some premium show, rather the Shred-a-Thon playlist will be available starting today and going through Monday morning 7am PT on repeat on a special third channel. 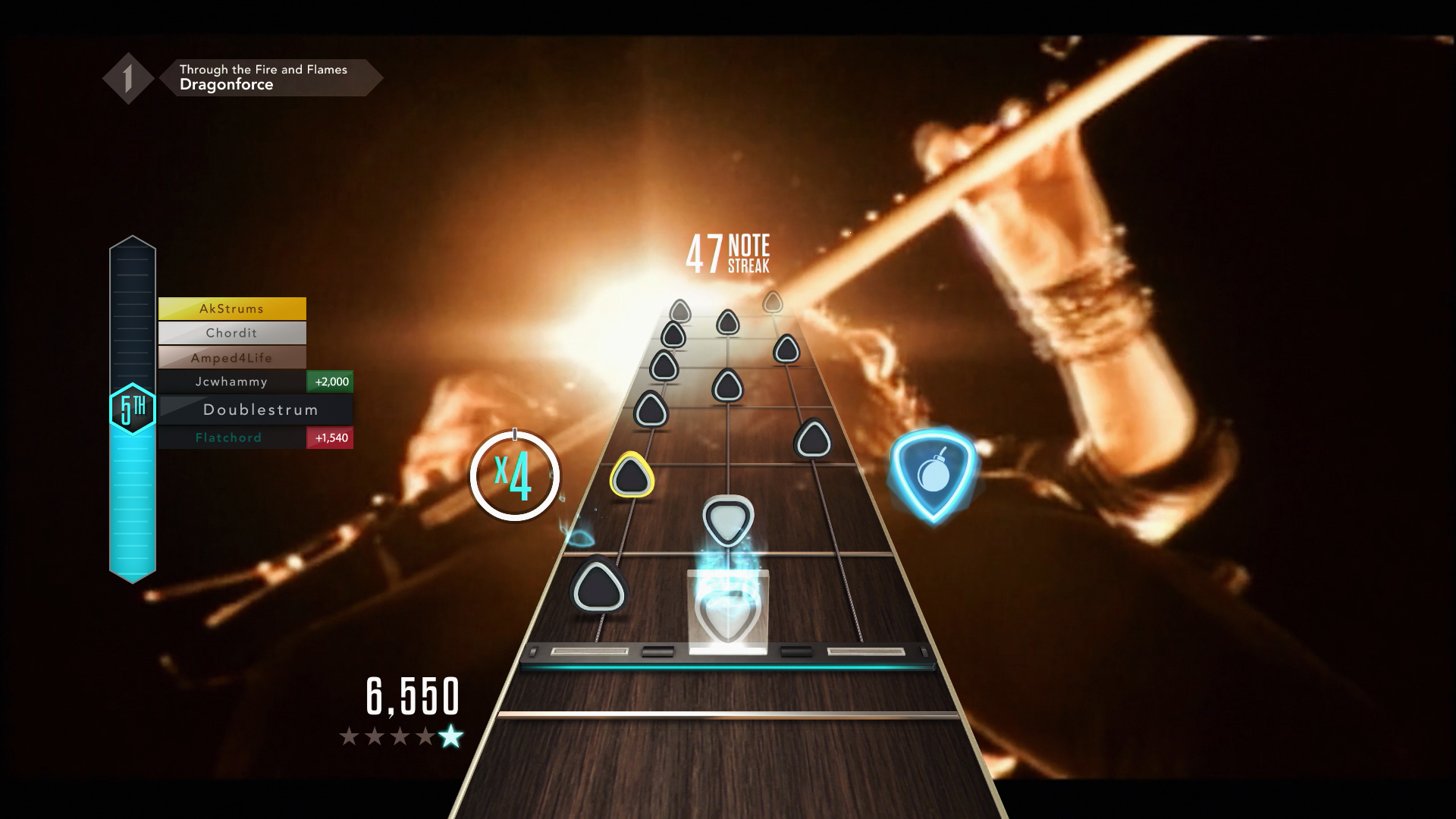 Here are the full five tracks of the Shred-a-Thon playlist:

The creation of a third GHTV channel, no matter how specialized and temporary, is a big deal for fans of the game (and it's probably long overdue).

The Shred-a-Thon is specifically meant to not only celebrate the 'GH Live' debut of such a challenging and yet loved track, but it's also meant to incite a competitive showcase.

From Jamie Jackson, Creative Director and Co-Head of FreeStyleGames, "The Guitar Hero community is the lifeblood of the game, so we knew we had to do something huge to bring back one of the most beloved songs of all time. Everyone at the studio has fond memories with Through the Fire and Flames, so we decided to take it up a notch and combine it with the toughest songs in the game hand-picked by us to create the ultimate challenge: a five-day shredder marathon. It's time to crank it up to expert difficulty and show us what you got!"

These tracks all support Rival Challenges, so in addition to the difficulty, and the marathon aspects, head-to-head will also factor greatly.

A promotion run through @GuitarHero on Twitter will let players tweet screenshots of their Shred-a-Thon scores for a chance to win in-game prizes.

Even better, once the Shred-a-Thon is concluded, 'Through the Fire & Flames' will join the game's song catalogue. Honestly, the popularity of this of this song, coupled with the short-term and long-term availability, is really treat, and a good sign of things to come.