A brief glimpse into the not-too-distant future of the PS4.

On November 7th, 2014, a rainy afternoon, Sony cordially invited us for an event called 'Gaming Friday,' an event uniquely dedicated to please industry professionals and journalists and to proudly showcase a slate of upcoming games for the fourth quarter of 2014 and the first quarter of 2015. The place to be: Hotel 'The Brussels' in - no prizes for outstanding achievement in the field of excellent guessing - Brussels, Belgium. On the 26th floor, we had a magnificent view of the capital and its surroundings, and were treated to a formidable selection of food and beverages. Salmon, pasta, pâté, carpaccio ... you name it, and Sony presented it. Oh, yes, and games too.

In the following Sony Gaming Friday Montage, clips taken from hands-on time of several games, including 'Little Big Planet 3,' 'The Order: 1866', 'Bloodborne' and 'Until Dawn' are shown along with the sights of the show at large. For impressions of each title, please see below.

To kick off the event, Pascale Paraskevas, Sony's Software Coordinator for Belgium, The Netherlands and Luxemburg, was very eager to introduce the games. "All games today are Sony exclusives, and 'Little Big Planet 3' is actually the only title that will still be available on the former generation. Existing PS3 owners should therefore not balk: Sackboy's third outing is still forthcoming." 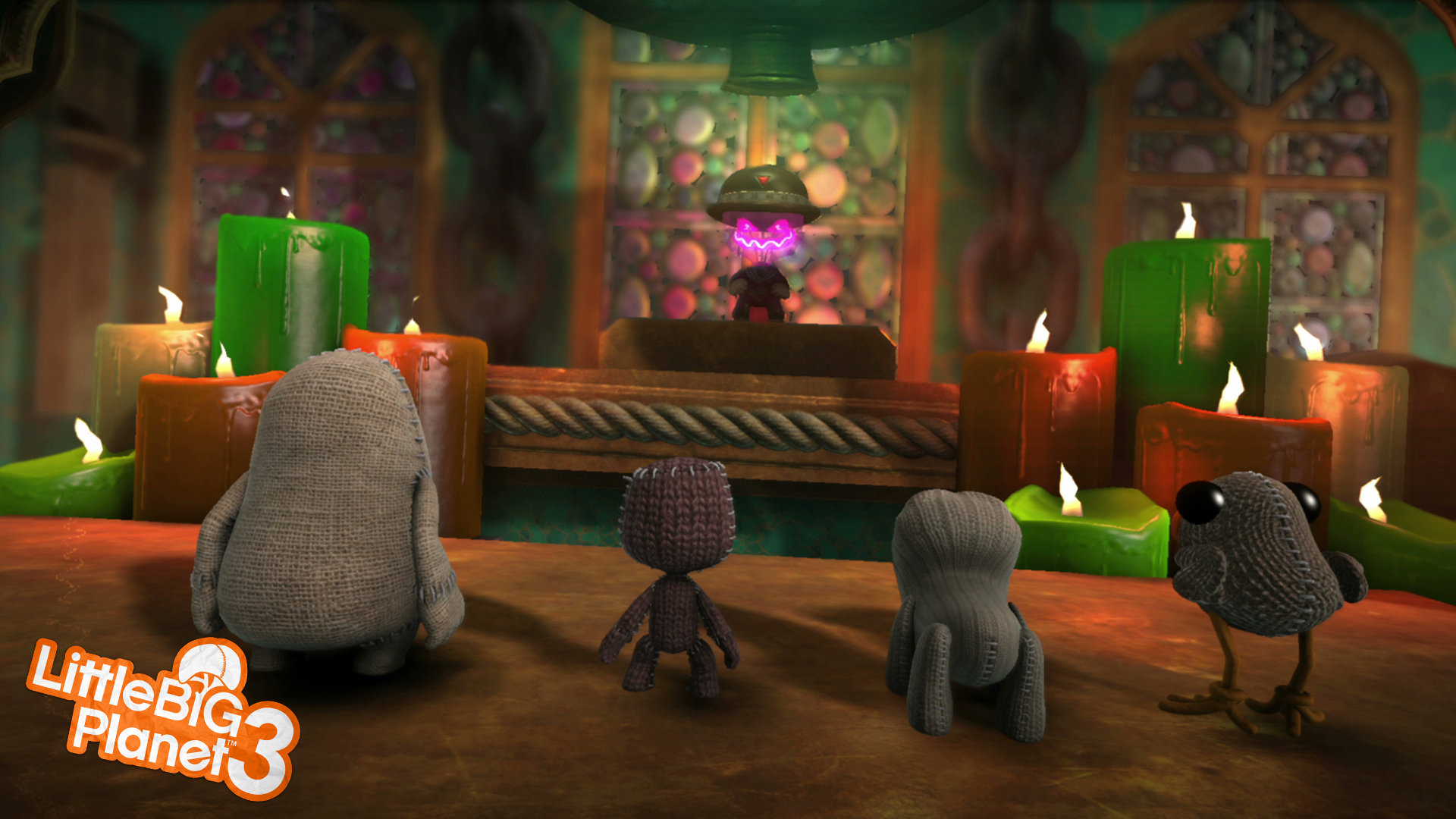 After a ten-minute playtest (in which we could sample two levels), 'LBP 3' reveals itself as a true evolution instead of a revolution. Graphics are a little more refined (but nothing the PS3 couldn't pull off), there's the promise of more outfits and back- and foreground planes (which wasn't evident in the demo) and, best of all, the playing character seems a little heavier. In previous titles (including the PSP and Vita versions), Sackboy and company always seemed to float a little more than needed, whereas Mario (to name a good rival in the genre) felt heavy and real thanks to his considerable girth. 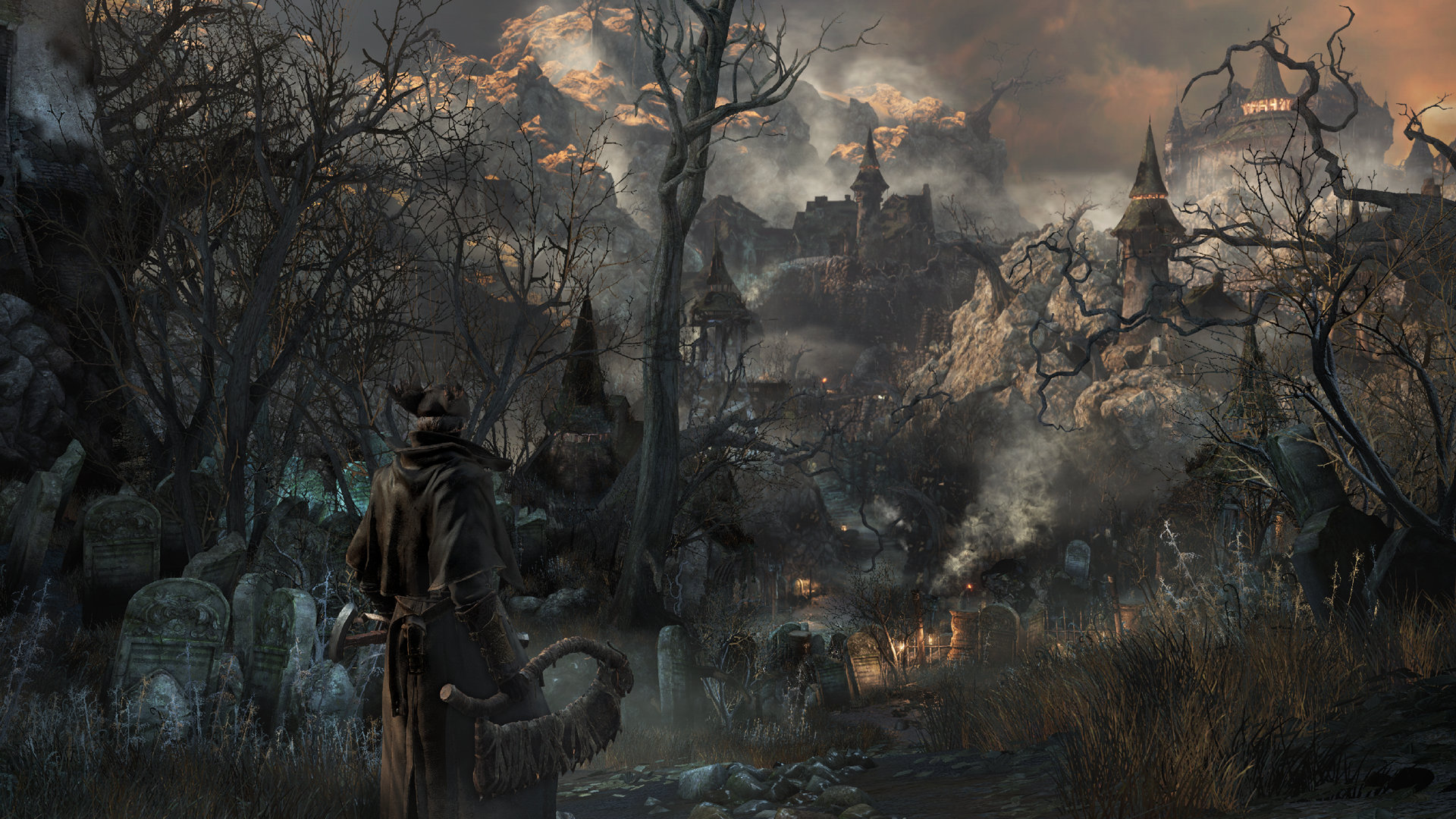 From Software's 'Bloodborne' looked and played like the dark third person action RPG that has been teased throughout the year. Think 'God of War' or 'Dark Souls' in a Jack The Ripper-esque setting. Climbing ladders, opening doors, finding power-ups while killing an endless array of enemies - one more gross than the other. The huge Thor-like hammer you wield (amongst other goodies) delivered the most satisfying results. In a short session, 'Bloodborne' teases more than it satisfies, offering nothing truly revolutionary or spectacular, and yet, it should ascend to 'Soul' status outside of the constraints of a demo. One special mention to the ragdoll physics that need some tweaking: right now, I could make most of the corpses dance and jive by gently touching them. 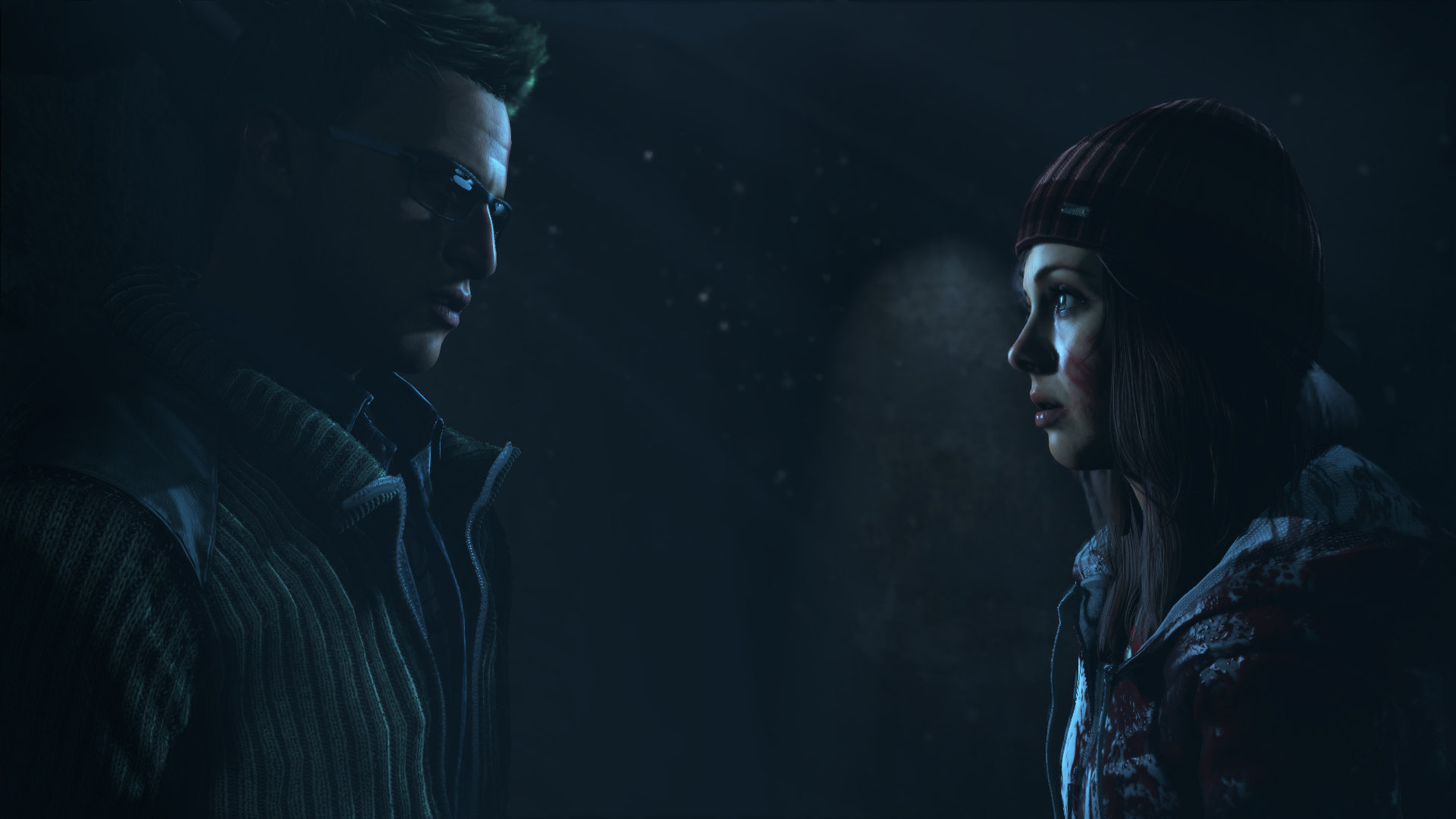 Supermassive Games' 'Until Dawn' immediately drew comparisons with 'Beyond: Two Souls'. An atmospheric, graphically-stunning supernatural/survival adventure game that seems to take place in a haunted mansion. Some quick-time events, and even a few gimmicky move controls, in which you have to move the controller to "change the scheme, alter the mood and electrify the boys and girls" (to quote Zuse). It remains to be seen whether or not 'Until Dawn' will impress with fresh ideas or just re-tread old gaming grounds. 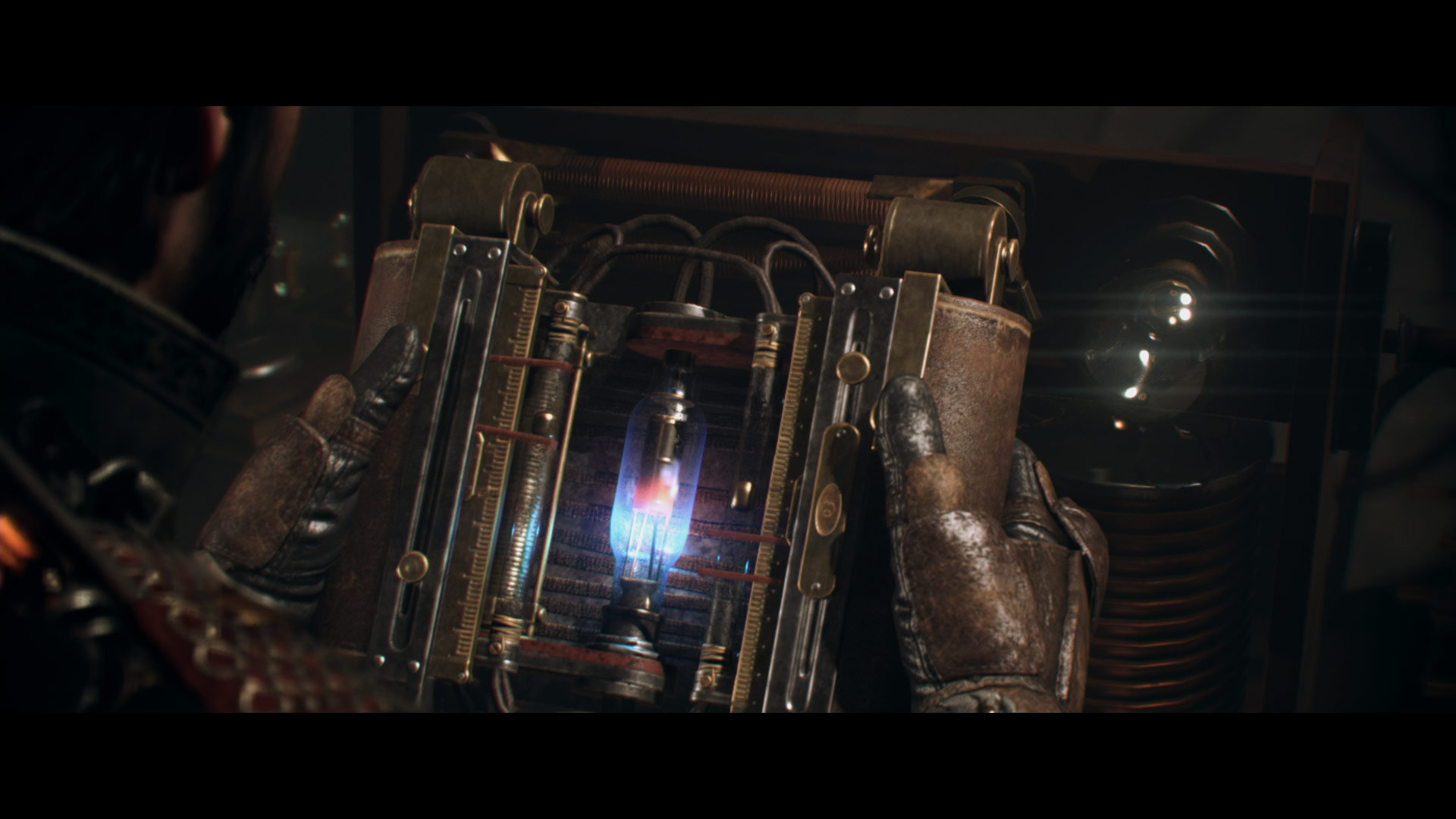 The most promising of the bunch was 'The Order: 1866', a third-person war shooter. Although I'm not a big fan of the genre (war is not a game), 'The Order: 1866' hooked me in with its anachronistic approach. Futuristic, outlandish and even cartoony guns (steampunk) took down the realism and made me a little more comfortable mowing down innocent yet villainous bystanders. With only one playable level that stopped after reaching a certain goalpost (reminiscent of the excellent 'Outlaws' demo), it's too early to tell if the game will introduce more original artillery concepts and story ideas. But in the short time frame that a game needs to at least whet your appetite, 'The Order: 1866' succeeded. Most impressive: this is Ready at Dawn's first original, all-new home console title (they did tackle one Wii and one PS3 port). The studio previously handled handheld titles, amongst which the acclaimed 'God of War' games for the PSP.

Along with the four PlayStation 4 titles, there was also 'Freedom Wars' and 'Murasaki Baby' for the PS Vita. We won't talk in detail about the latter, for we have already reviewed this title (check out the review here). In a nutshell: 'Murasaki Baby' is an excellent and very cute sidescroller that utilizes every Vita trick in the book to deliver a moving gaming experience. 'Freedom Wars' didn't lend itself to a thorough demo session, because the RPG takes its time to set up and properly introduce its core mechanics. We spent at least fifteen minutes play testing and still hadn't reached level 1. This is one title you can lose hours and hours in, 'Skyrim'-style.

And so that was Sony's Gaming Friday, one event and six games on two platforms. 'The Order; 1886' grabbed me the most, but what about you? Which of these games are you looking forward to (or even enjoying now) the most? Let us know in the comment section below.

You can find the latest info on 'Little Big Planet,' 'Bloodborne,' 'The Order: 1886' & 'Until Dawn' linked from our Video Game Release Schedule. 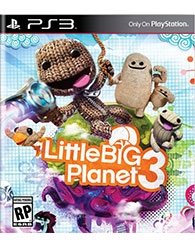 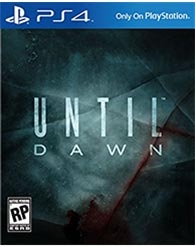