Remove it with precision bladework or open flame.

Wow, what a duo of additions for 'ARK: Survival Evolved.' First off, in terms of creatures, the Haementeria Laetus is one great big leach that is practically blameless in its brainless drive for blood.

Not only does it suck it blood from its host, but the loss causes hunger, loss of health and lowered stamina. Oh, and it can transmit the dreaded 'Swamp Fever' disease, which requires rare medicine to cure.

It's too basic to tame; however, its venom can be processed into a powerful anti-venom. Removing the creature once its attached requires "precision bladework or access to an open flame." 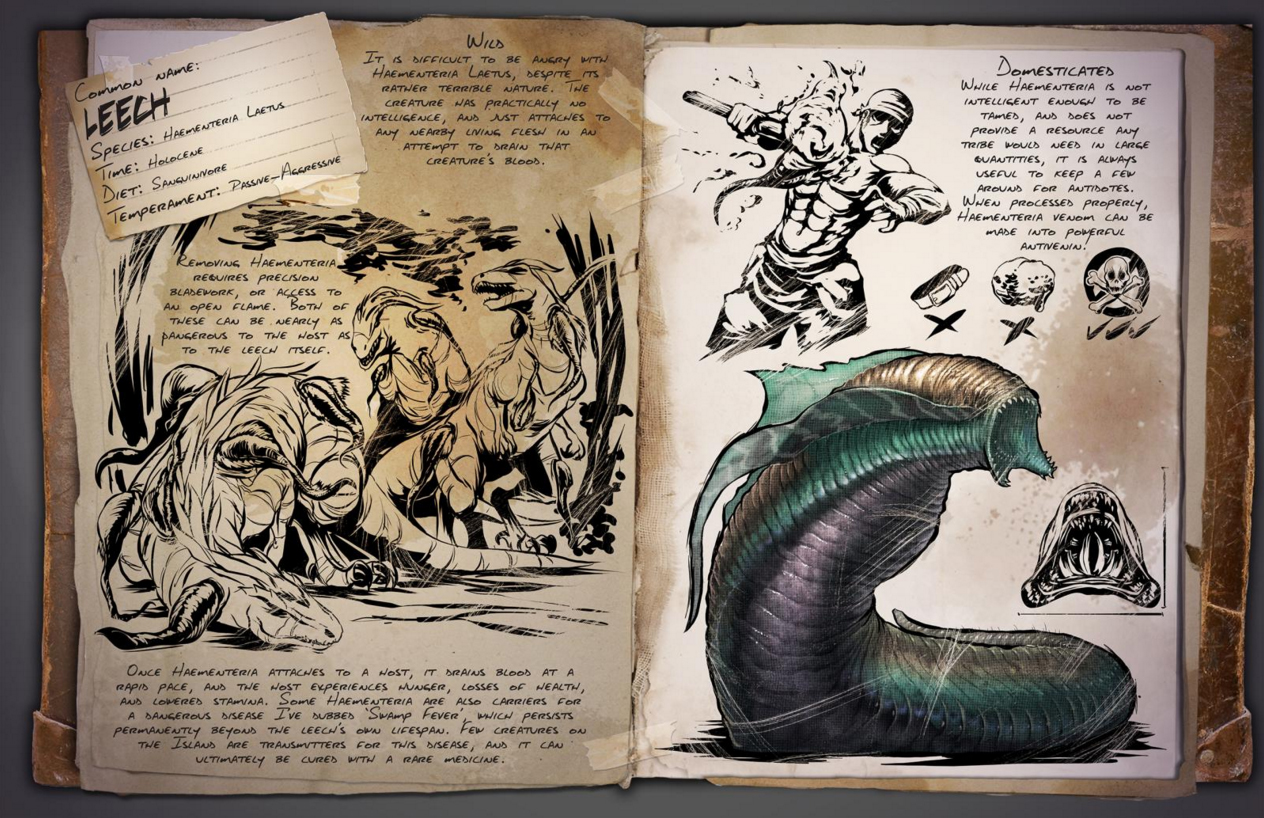 Speaking of leeches, Studio Wildcard has a new plan of action for stopping cheaters, and that comes via the BattlEye Anti-Cheat System, which is being deployed on all official servers. This will require running a different .exe, the aptly names ShooterGame_BE.exe.

Unofficial Windows servers can also use BattlEye by using the -BattlEye launch option. Mac/Linux support of BattlEye is in the works, and once that is added, things should be much better all-around.

'ARK: Survival Evolved' is in Early Access on PC and Xbox One, and is coming to PS4 later this year.