Koei Tecmo has announced that they will be releasing 'Atelier Shallie Plus: Alchemists of The Dusk Sea' in the West on PS Vita on January 17. The game is an enhanced edition of the PS3 JRPG 'Atelier Shallie' and includes a dramatically expanded story that ties the game in with its predecessors, as well as new dungeons and boss battles. There will also be a limited edition of the game available on the NIS America online store for $54.99 that includes the following:

Atelier Shallie Plus: Alchemists of the Dusk Sea for PS Vita

Collector’s box (Includes all the above) 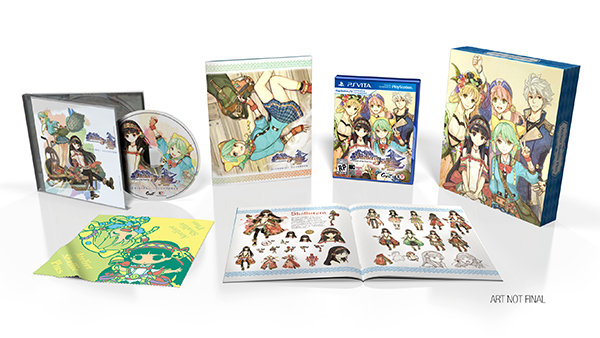 I never played this when it first released, but I was extremely fond of 'Ayesha' and 'Escha & Logy' the two games that preceded it in its trilogy, so this is a good opportunity to finally give it a shot.