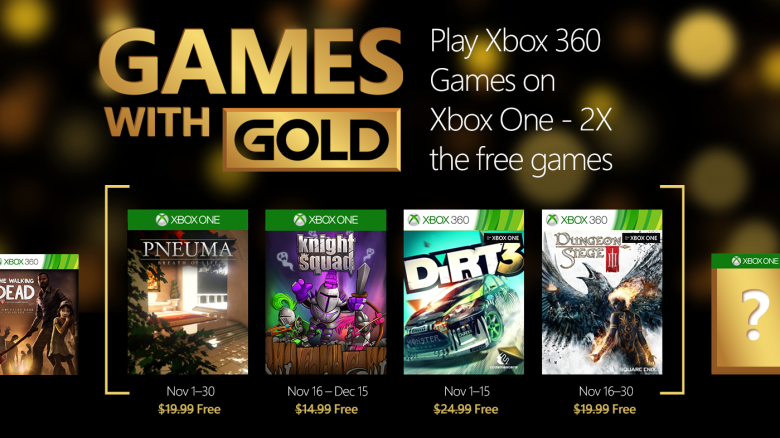 This means that November's Free Games with Gold for Xbox Live members will see four games for the Xbox One, and that should be the case going forward.