A lot of folks who've pre-ordered Square Enix's upcoming 'Hitman' reboot from the PSN may have gotten a distressing message in the last day or so, and nobody's exactly sure what it means.

The short version is that the game's digital pre-orders have been cancelled, with the following message, as copied over from VideoGamer.com's David Scammell, as the only explanation:

"Thank you for pre-ordering 'Hitman'. The publisher has notified us that the configuration of the product you pre-ordered has changed significantly. As a result we have withdrawn the current pre-order from PlayStation Store and will cancel all pre-orders. You will receive an email confirmation when your pre-order has been cancelled. A revised pre-order for 'Hitman' will be available on the store soon." 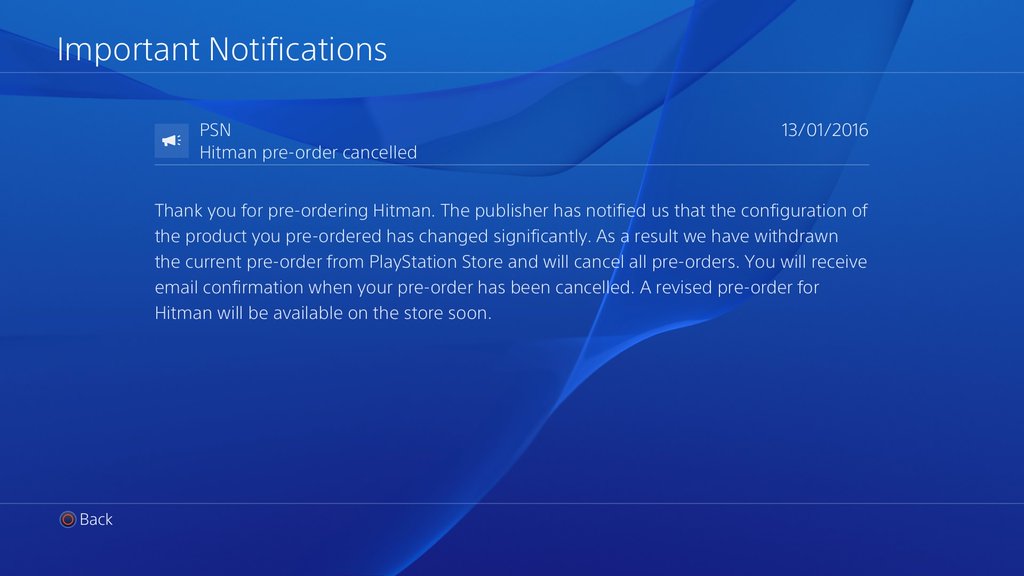 IO's Community manager was quick to post a Keep-Calm-And-Carry-On message as a response, stating "We're adjusting a few things and will update in a few days," but it still begs the question of what needed to be so drastically updated from a pre-order SKU that it warranted cancellation. We'll find out soon enough, one supposes, but I wouldn't recommend uncocking an eyebrow at the whole situation just yet.

The game itself is still slated for March 11th.