Editor's Notes: In addition to this overall look, we've reviewed each episode in the 'Hitman' Season, and that includes the 'Intro Pack' (which includes 'Paris'), 'Sapienza', 'Marrakesh,' the 'Summer Bonus Episode,' 'Bangkok,' 'Colorado,' and 'Hokkaido'.

'Hitman' has, over the past few months, delivered some of the absolute best gaming of the year, yet somehow managed to fly completely under the radar. Perhaps it was the episodic release structure scaring people away, with most buyers wanting to wait until the entire package was released before committing to a purchase. It's a fair assumption as the series had never tried anything quite like this, and 'Absolution' was such a step down from the rest of the series that it seemed Agent 47's best days were long behind it. That couldn't be further from the truth, as IO has crafted what might just be the greatest entry in the series to date. With an amazing formula that caters extremely well to series fans while still being easily approachable to newcomers, 'Hitman' absolutely shouldn't be missed.

For those unfamiliar with the series, 'Hitman' casts players as Agent 47, a man with a complicated, shadowy backstory that's mostly left untouched here, (which is for the best, considering how convoluted some entries made it) working for ICA, an organization that operates independently of all world governments to fulfill assassinations paid for by a range of wealthy and influential clients. Like a more morally grey James Bond, each mission sees Agent 47 tasked with infiltrating locations around the world and killing any targets necessary as discreetly as possible.

Unlike just about any other stealth game, 'Hitman' focuses more greatly on its social element, allowing players to immerse themselves ruse style in whatever setting they're dropped into. Using the stories and lives of civilians around them to best work out opportunities to get the target. This largely requires blending in with the public, disguising 47 and ensuing that anyone who sees him doesn't actually recognize him. For the most part though, the game affords players some tools and weapons, some basic information about the target and location, and sets them on their way. Sure, it's possible to just sneak up to a target's private room, but you could also disguise yourself as a model who needs to meet them and poison their drink while they aren't looking, or drop a chandelier on them in public, even pose as a member of a news crew and kill them on camera.

The game discourages outright combat (though it's certainly a possibility), and wants players to get their mark while disrupting the civilians all around them as little as possible. It's a really fun dynamic, and the execution of it separates 'Hitman' from just about any other stealth franchise. The game rarely asks players to hide in the shadows or behind cover, instead asking them to hide in plain sight. At times, it can feel more like an adventure game with a ridiculous amount of player freedom, and I love that. IO has made the game a great deal more accessible, too, with small tweaks that can be easily turned off for veterans who want something entirely classic, but make the game far more approachable. There's an x-ray vision mechanic (think Detective Mode in the 'Arkham' games) that allows players to see where their target is at any time which can ease some minor frustration in places, though the game's minimap provides most necessary info regardless, and Opportunities. Opportunities are an absolute godsend for anyone new to the franchise, giving players a breadcrumb trail of objectives to follow that lead them down unique storylines and uncovers ways to get up close and personal with each target, but doesn't spell things out entirely. This does a great job of allowing newcomers to discover a lot of what a level holds while still giving them enough free reign to feel things out themselves. It's a lovely feature that opens the game up to a much wider audience without sacrificing anything that makes the series beloved by its fans.

All of those examples are from the game's first mission alone (not including two fairly lengthy tutorial missions), and they barely even scratch the surface of how much is available to the player. Over the course of six missions, 'Hitman' sends 47 to wildly different locations and scenarios, making each mission feel wildly different. Of course, this results in some occasionally uneven quality, but even at its worst, it's still a really good time. The first mission, set during a Paris fashion show, feels like a classic 'Bond' film, where I spent hours playing and replaying it trying to best use the high crowd density and extremely busy atmosphere to my advantage in working out how to best deal with the couple I'd been assigned to kill. It's bold, gorgeous to look at, and extremely exciting to play. Finding options ranging from tense to hilarious, 'Hitman' almost always manages to inject a great deal of dark humor into everything, even when the basic objective of a mission is grim. There's an attention to detail in each level that makes every location feel like a living, breathing place and it makes each mission feel that much more exciting. There are some issues with fairly dull voice acting that turns almost every character, no matter where they're from, sound like they're from California (ironically, the mission set in the US is peppered with mostly British voicework. It's the only mission where that's the case), but otherwise, the work put into each location is staggering.

While a dip in quality back when the game was being doled out on a semi-monthly basis ended up hitting pretty hard, as a cohesive whole, they feel like minor bumps in the road. The point has been reached where each level has now had so much extra content added from entirely unique missions in the form of Escalation Contracts, which start simple and gradually add elements that make things increasingly difficult, to community and developer created missions each with their own objectives. Even when a chapter's basic content isn't quite as good as the rest of the game, there are now six small sandboxes with endless room for creativity and fun. If there's any case for how well IO handled the distribution model, it's that 'Hitman' still works terrifically as a full package that's only been enhanced over time by the developer's hard work. There's frankly never been a better time to dive into the game. There's a near endless amount of replayability to be found here, and IO has done a fantastic job of elevating the game into a platform that easily justifies returning to it for weeks after the main story has been completed.

There are caveats to it all, though. Elusive Targets, one of the game's major selling points, practically relied on getting the game as early as possible. They're special targets who appear in game for a few real world hours and then disappear forever, giving players one shot to hunt them down. Playing these missions leads to some of the most tense, exciting moments of the entire game, and I dearly love the idea behind them. They have fully fleshed out stories, making these missions feel even more special. At this point, though, so many of these Targets are gone for good, and there's no way to ever experience them again. Going into the full package, a lot of people will have missed goofy, fun moments like a mission where the target was Gary Busey. I do hope that there comes a point where IO cycles these missions again, allowing new buyers to give them a shot.

On PS4, the game features an exclusive campaign called the Sarajevo Six, which tasks Agent 47 with taking out a completely unique set of targets all linked to war crimes in the Bosnian war. There's actually a really terrific story here, and there's enough content and tinkering with how levels are set up that this would easily justify being paid DLC, but it's totally free. I actually completely ignored this campaign until well after I'd finished the base game, expecting it to be a rather pointless addition, but I came away genuinely really surprised by how much I loved it and how much effort had been put into it alll. While it doesn't feel essential by any means, the content is good enough that I'd recommend the PS4 version ahead of any other platform, adding at least another 8 hours of gameplay to an already huge package. With so much to do though, it's hard to feel like any platform is being shortchanged.

Additionally, the game requires a constant online connection to unlock any new content or complete any goals that contribute towards a mastery score for each level. Playing the game's third mission, my connection must have dropped at some point. The game never told me this, and at the end of the level, I was informed that because I was offline, I wouldn't receive any rewards for completing the mission. It was like I'd never played it at all, not even being allowed a chance to reconnect before I was unceremoniously thrown back to the main menu. Still, in spite of issues relating to the online model, the core game here is so strong that they feel like minor bumps in the road, but I sincerely hope these things are ironed out as IO works on additional seasons of content.

On that note, it's worth bearing in mind that these six missions make up 'First Season' of the game, and as a result, the core story definitely leaves the door open for a lot more to come. Overall, I think the game handles its storytelling better than previous games ever really has, and sets up a terrific villain. Still, moments of the game can feel anticlimactic as a result of the seasonal model, though I can't deny that it's left me extremely excited for what's to come in Agent 47's future.

'Hitman' might just be one of the most successful reboots I've ever played. Going back to the drawing board with a clear understanding of what makes this series so special to begin with has led to a game so surprising, exciting, and enjoyable that it's rocketed near the top of my GOTY list. I was really looking forward to the game in the months leading up to its release, but I never imagined it'd turn out half as well as it did. Online issues sometimes detract from the experience, but for fans of the series or even just stealth as a genre, 'Hitman' comes extremely highly recommended. 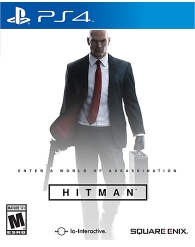 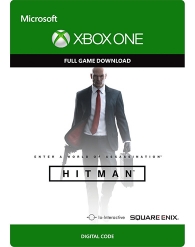 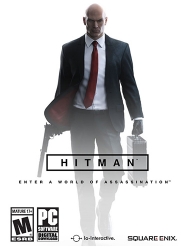