Find out what the racing champ will be doing.

Three time Formula One world champion Lewis Hamilton will be taking off his racing helmet to appear in 'Call of Duty: Infinite Warfare.' The racing superstar will play an engineer in the game's story mode, and will be on-board one of the United Nations Space Alliance's warships. Hamilton is the latest athlete to be announced for the game, as UFC champ Conor McGregor will also appear as Captain Bradley Fillion

"I’ve been a 'Call of Duty' fan for long time, so it’s an absolute honour to be part of this game and the franchise," said Hamilton. "The experience of being put into the game – from the facial scanning process to working with the team on the performance capture stage and just being able to meet the developers at the studio to get a glimpse at all the hard work that goes into the game – this has been an incredible experience."

Check out what Lewis Hamilton will look like in-game below: 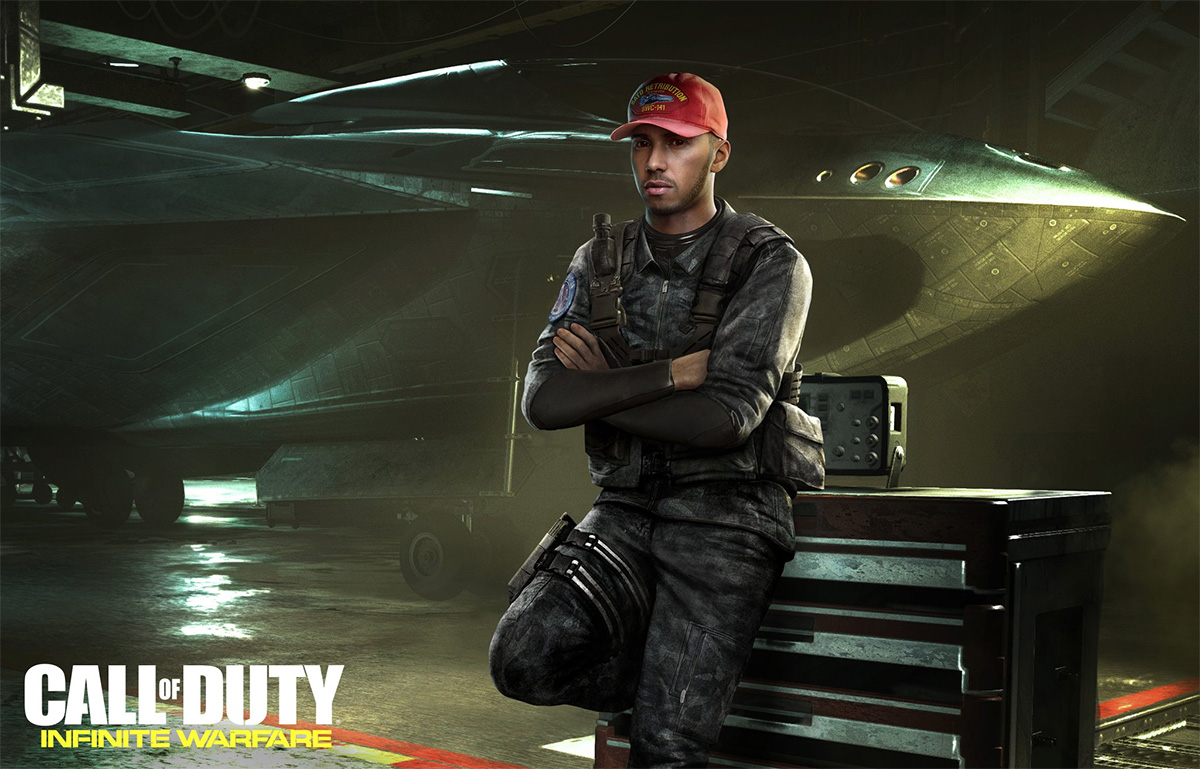 'Call of Duty: Infinite Warfare' is set to release November 4th, 2016 on Xbox One, PlayStation 4 and PC.