Great to play with, but tough to live with.

Update 2: The full review of the PlayStation VR Launch Bundle is now up. See it here.

Update: The weekend is half gone, and I wanted to give an update on this in-progress review. I've have had a breakthrough with the headset. After cleaning the lenses (which is its own joy and for which I used a Giotos Rocket Ait Blaster along with some other tools I normally reserve for camera equipment), and doing to the eye measurement in the PS4 system settings, I'm having better luck getting to that sweet spot of mostly in focus. This in turn is helping me to get the fit right without so much struggle. Drift problems still abound, but at least the Cinematic mode is now workable. I still can't imagine wanting to use Cinematic mode over a (clear) display, but I watched an episode of 'The Batman' on Netflix without tearing off the headset. 'Thumper' is tremendous and the VR aspects do greatly raise the intensity.

And yes, by hooking my Uverse box directly to the PS VR Processor Unit via HDMI I was able to watch the NFL Redzone in 2D. The audio didn't carry, but it was workable. Trying to do the same thing (watch pro football) via the AVR was a no-go.

Notice that I stated that the PS VR is in my living room. That means that the cords, cables, boxes, headset, headphones, earbuds, PS Move controllers, camera, processor unit, etc. etc. are cramping my family home theater and not in my office. My reasoning for using the living room is that as part of the review, I want to know what it's like to live with this thing when it can't just be shut up in another room. That is a decision that I may regret as thus far, PlayStation VR is much harder to enjoy that I had expected. 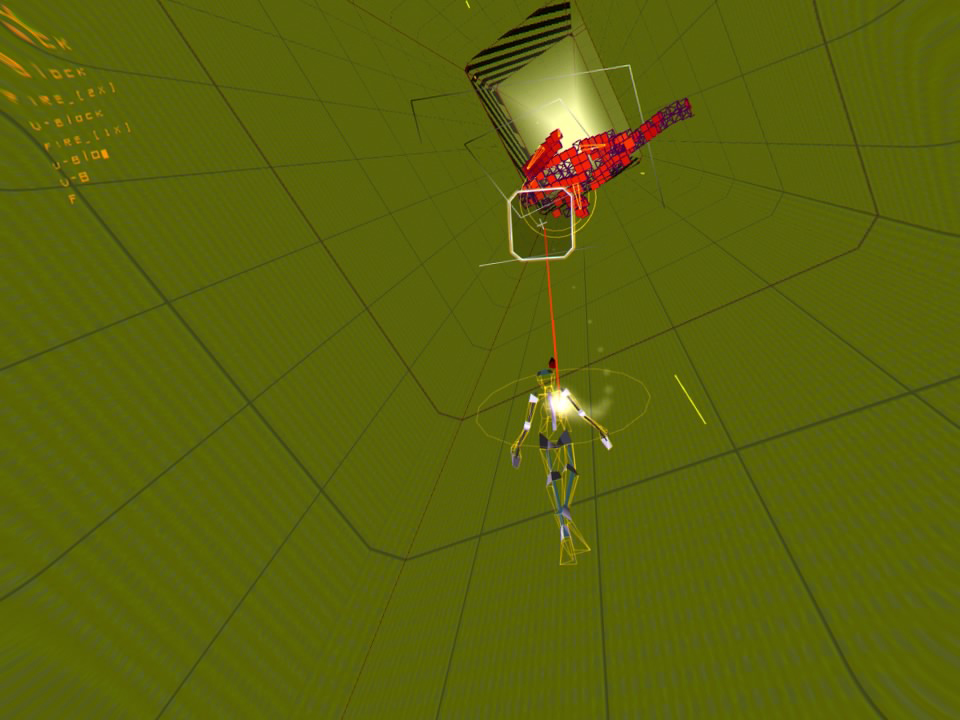 Now before I begin with the litany of issues I've run into with this new tech, let me emphasize that it has its moments. Playing 'Rez Infinite' is one powerful example where all the mess and trouble fades to the background as the blissful gameplay delivers. 'Rez Infinite' isn't unique either as the tiny-bot filled Playroom VR is absolutely amazing in a smart and cute kind of way. ('Nintendo Land' eat your heart out.) 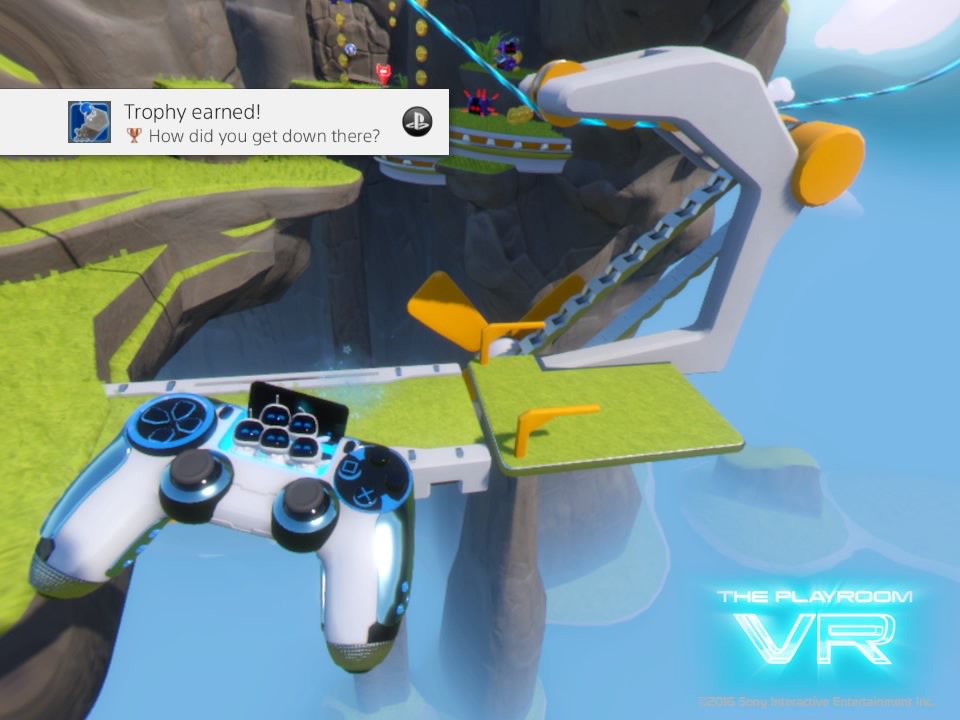 I'm not even talking about hooking up the mess that is the Processor Unit box. Its six cables, all of which must be connected correctly for PS VR to work, were a breeze for me. I tried using a random micro-USB cable (I have a drawer of them) and got a USB error message on the headset. I then used the included micro-USB cable without issue. Other than that, the only cable issue I had was accidently touching the eject button on the PS4 when plugging in the camera.

But getting the system up and running was disarmingly easy. The new camera and its funny stand was very easy to set atop my 65" display. Too easy in fact (more on that in a bit).

Over the last few years, I've used PlayStation VR under various names, and I've always found it to be reasonably comfortable and effective. But it seems that using the system on my own, a brand new one at that, has brought some new problems.

Again, the headset does bring a certain console strength. Running games is as easy as downloading a PS4 game. In addition to the free PlayStation VR demo disc (which can be downloaded for free from the store at 40+GB), there are several other free items on the store that can be downloaded and used. The aforementioned Playroom VR is not even a demo, it's just a free set of mini-games, which are actually worth playing. (Especially with a second player on a second DualShock4). 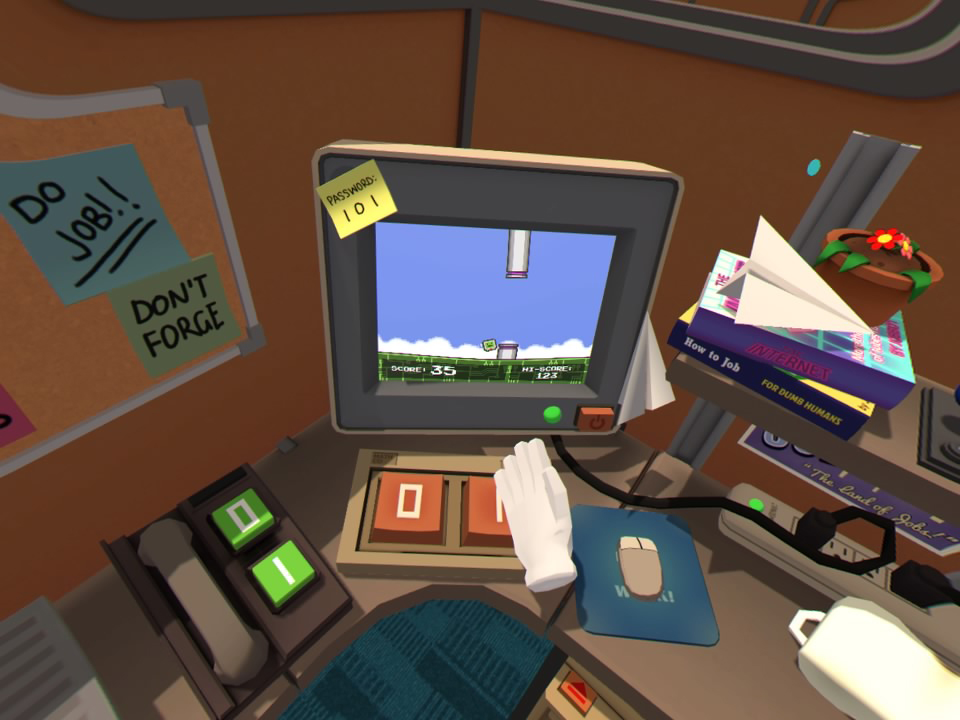 But getting back to set-up, fixing the USB issue and getting the PS VR up and running prompted an immediate software update for the headset. It went from version 1.50 to 2.00, but this happened quickly and followed the typical PS4 update style. The catch is that, because the headset was going to need to reboot itself, I decided I should take it off while it updates.

Now we enter the trouble zone. My PS VR headset often feels like I'm squeezing into a mascot costume head. The padding used in the forehead piece hasn't been broken in and the elastic style ring seems to be too tight. There are two buttons on the headset for adjusting the fit, plus a torture crank. Ultimately, it takes a lot of fighting to get the headset on with the least amount discomfort, and then to get into the best focus while still being bearable and not touching my eyes.

(PS VR should fit better, and I did expect better than the typical VR headset, yet here I am.)

Meanwhile, the Move-based camera and sensor system brings back frustrating memories of trying to play 'Eye of Judgement' with the PS Eye. Any ambient light will throw it off. So windows, picture frames, laptop and phone screens, and so forth must be snuffed out. When I manage this right, the camera tracks and doesn't drift too often. (This effects how often I have to press Options to center my view.)

I'm pretty enamored with using HDR, so the fact that the Processor box doesn't pass it along to the display is extremely unfortunate (much more than that the PS VR doesn't use HDR). But enjoying HDR in the living room has meant being really careful about ambient light. And yet, PS VR requires another level of darkness.

Of course, that snazzy camera had to come of the top of the TV (my display sits higher than most and having the camera at the top was too much to ask). I now have the camera in front of the center speaker, which sits just under the display screen.

The result of this fit struggle I have with the headset plagues my every use. Typical VR problems, like needing to take the headset off to check an email or picking up the soda I just knocked over while reaching for a pair of Move controllers, are exacerbated by the headset's desire to cave in the front of my skull.

The included Sony earbuds are a dead ringer for a stripped down version of the Vita earbuds that Sony sells. (These have a cheaper casing, a short left ear cable, and no mic.) Without a mic the earbuds three pole connector doesn't mate smoothly with the 3.5mm jack on the control pad. These earbuds will get this job done, which is good.

Having a long, thick cable tethering the Processor unit to the headset (with a connection box that is good for disconnecting and terrible when it gets on caught on everything) is only made worse by connecting headphones or a headset. 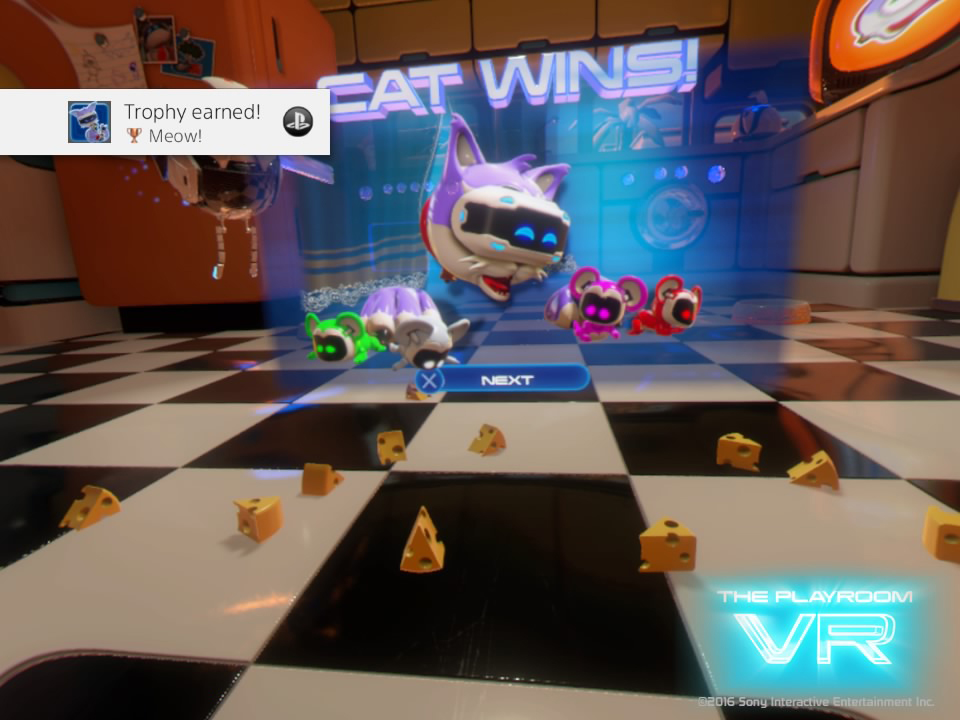 The 3D audio is big must for using this thing. It kills me that I have stacks of headsets, but they are all too big to get along with the PS VR, leaving me to with earbuds as my only option set. I used an Audio-Technica ATH-M50X for a while (fitting the earpads both under and over the PS VR band), but I gave up on that. I have a Turtle Beach Ear Force 350VR that I've borrowed. It promises to get along with the PS VR, but it's still sitting in the box as I'm afraid it won't fit.

Honestly, if you have ever used the Move for any amount of time, you should some idea of the trouble here. Nothing in the documentation or the system illustrations helps. I should point out in case isn't obvious, but using the PS VR means having a blurry left and right. The Cinematic mode, which I have on its default Medium setting, is pretty horrific because of this. Even after fighting with the headset to the detriment of my brain, face, scalp, and hair, it's still never in proper focus when in Cinematic mode.

Happily, the VR game visual fares better, but slightly altering the position of the headset will make it worse. And then, I'll be fiddling with the fit again in no time. 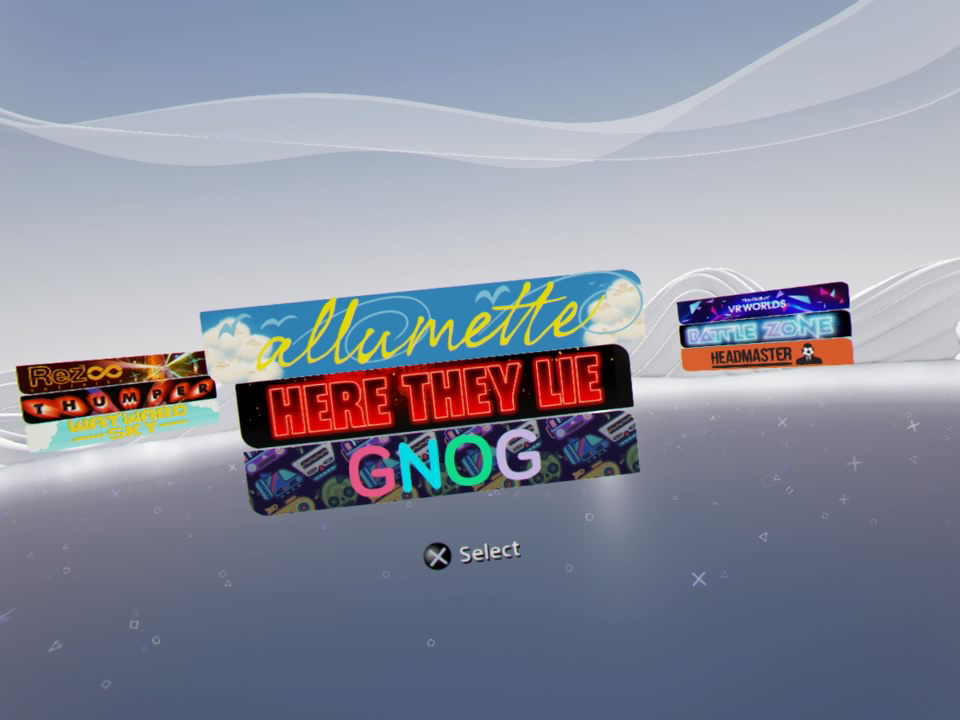 Getting back to the Move controllers, it's like stepping back in time. They sort of work great at times and are also sort of terrible. The VR Demo Disc, which contains PS Move-only games like 'Job Simulator' cannot be navigated with the Move controllers. And the controllers, naturally, are as picky about charging as any PS3 controller. I had to plug them into a PC to get them to charge as they ignored all other USB chargers aside from the PS4. (The return of mini-USB just makes me sigh a little).

And that's where I am. I had it multiple times when I was ready to throw the headset away in disgust only to then enjoy some 3D VR gaming, the kind that had me reaching out in wonder or else sliding into a nice gaming groove. Hopefully, things will click for me and PS VR soon, and I can leave the painful fit for a more even experience. (Not sure I can expect much better in terms of focus for 2D usage though.)