What Zombies Are Good For: Be the Guiding Hand Needed By the Undead Army to Make 'Zombie Night Terror'

The will to infect.

There was at PAX South 2016 a prevalence of zombie-related games, and that has made me hold back on writing about one of my favorite games from the show, 'Zombie Night Terror.' Having recently announced a partnership with Gambitious Digital Entertainment, French developer NoClip really has something fun on our their hands.

Veteran gamers likely know (and have even played) some variant of 'Lemmings,' and that idea of directing lemming-like creatures is the foundation for 'Zombie Night Terror.' 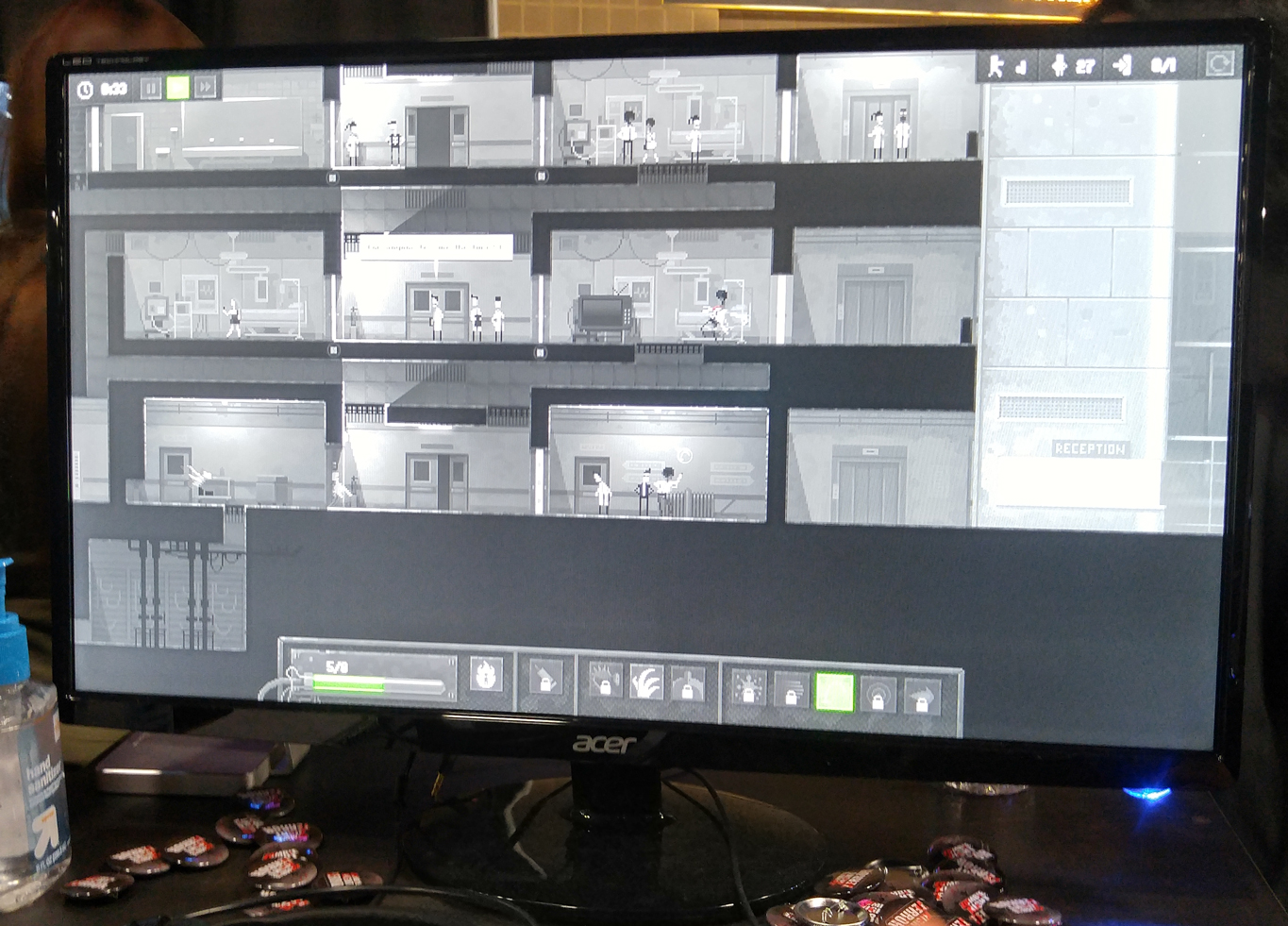 You see, zombies are fundamentally soft in the head. They basically know to head the direction they are heading and attack and infect any humans they encounter. But when faced with fairly simple obstacles, such as stairs and doors, or much tougher far, like spike pits and armed policemen, a whole horde of zombies can quickly be picked apart.

Fortunately, with the player's guiding hand, these obstacles can be overcome. 'Zombie Night Terror' is a 2D game with a very monochrome style. Colors do appear for things like blood and mutagen. 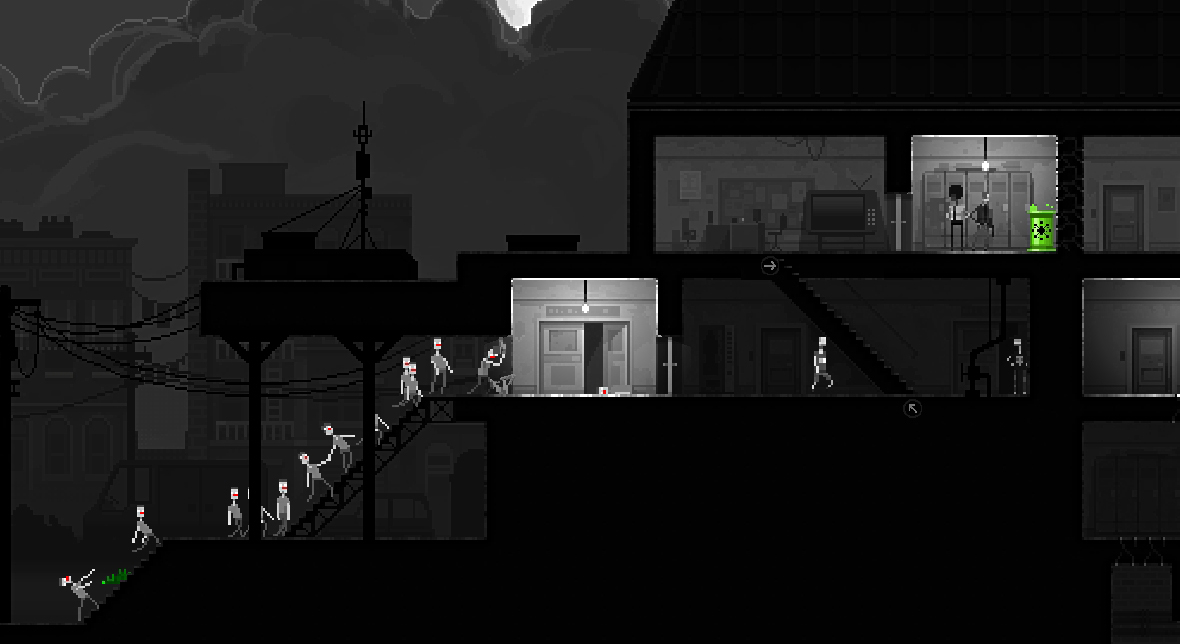 I only scratched the surface of what the game promises, but I learned very quickly that a determined human or two sitting in a room with a pistol or bat, can take down quite a few zombies. That attrition can mean disaster for me. While time can be sped up or paused, Zombies wander at their own rambling pace, so it can be tricky to corral them into all-out attack. One option for sure is to tap one zombie and make him a stop sign. (These kind of zombies are called "Ovelord.") Any zombies that walk towards this stop sign will turn around, just like if he were a wall. I can put one of these guys in front of a doorway to a pesky group of survivors, and put one a ways before pointing the other way. This way, I get my zombies grouped up, and then as I destroy that first Overlord zombie, they will head towards the door.

A much quicker and more insidious way to go, however, would be more for me just to tap one of the survivors in tight room group, and infect him. Such mouse cursor contaminations are limited, and need to be used sparingly. Still, infecting the right survivor can lead to forming a whole new group of zombies, and can ensure that even the most remote and secure survivors are dealt with.

One special zombie I got to play with, was the exploding kind. The level had cracked walls and floors that needed explosive force. Likewise, there were a few areas that held more explosive mutagen to restock what I was using. After taking out an apartment building this way, I hit trouble with a shotgun/bat duo of survivors in the alley before the next building. These guys nearly took out all of my zombies. That's bad for scores and challenges, but the basic victory condition was still possible. With two zombies at my disposal, I sent them forth, while one was shotgunned down, I turned the other one explosive, and took out the shotgunner. That shotgunner rose again as a zombie, and went about tackling the other half of the level. 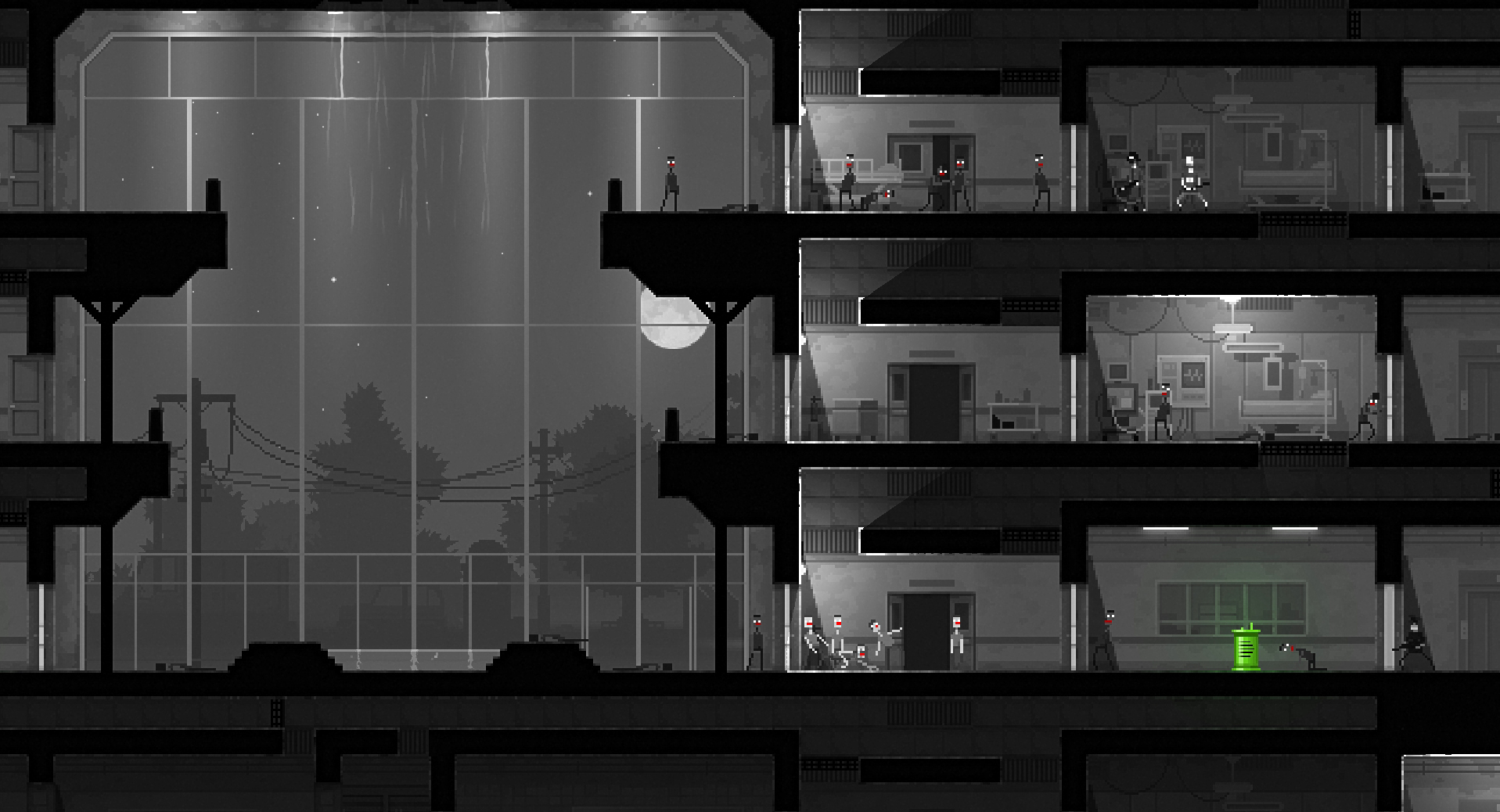 Now, while zombies have a habit of falling off high ledges to their doom, I found I could turn a falling zombie explosive. By carefully managing to get zombies to fall near survivors and just barely managing to get them to blow when in range but before hitting the ground. I used this fall/blow/turn zombie chain into a method for clearing a path through the rest of the level.

This defeat turned victory felt great. Though I must admit, I want to replay the level in order to get all the survivor pockets I missed and to minimize zombie losses.

A few things to note here. All the humans I turned into zombies, always turn into the same basic zombie. The exploding zombie, while deadly for humans, simple knocks back other zombies. Also, at one point there were some cops in an alley that were causing me trouble. While I was thinking about how to deal with them, a group of NPC bandits approached the cops from the left side of the screen, and a shootout followed. This worked out well for me and the zombies.

Of course, behind my teasing enjoyment with the game at PAX South is a running current of parody and affection for zombie pop culture. The game's story segments, usually delivered through TV set activated news segments, are packed full of references and in-jokes. This light style feels like a bonus to go with the brilliant gameplay.

There will be 40 levels to play when the game is released, and in those levels, players will be tasked with beating them, and with perfecting a strategy for score. (Human Kills, Remaing Zombies, and Time.) 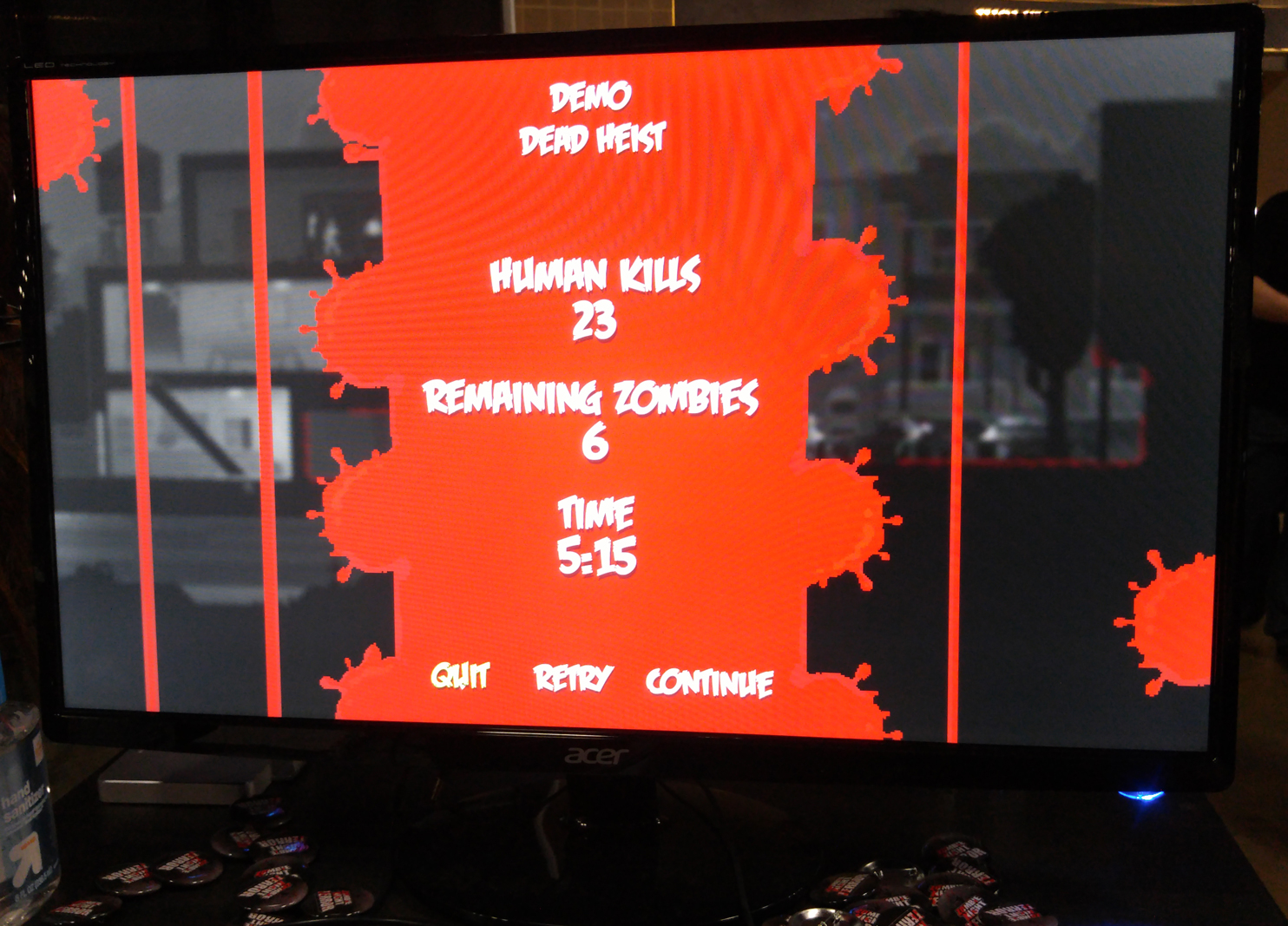 Post-release, NoClip is promising 10 more levels, plus a full level editor, which should really let the community go crazy.

Expect 'Zombie Night Terror' to hit Steam (PC/Mac) this spring (towards summer). I know I'm looking forward to it.