When you think of ancient Greece, and to the culmination of thought that saw ideas expressed that would persist even to modern times, you might think of men in togas sitting around talking. Perhaps others would hear these talks and join in.

But let's say that instead of leading discussion, these philosophers led people from all walks of life in a war against the gods? Well, I think this is the supposition placed by 'Okhlos.' 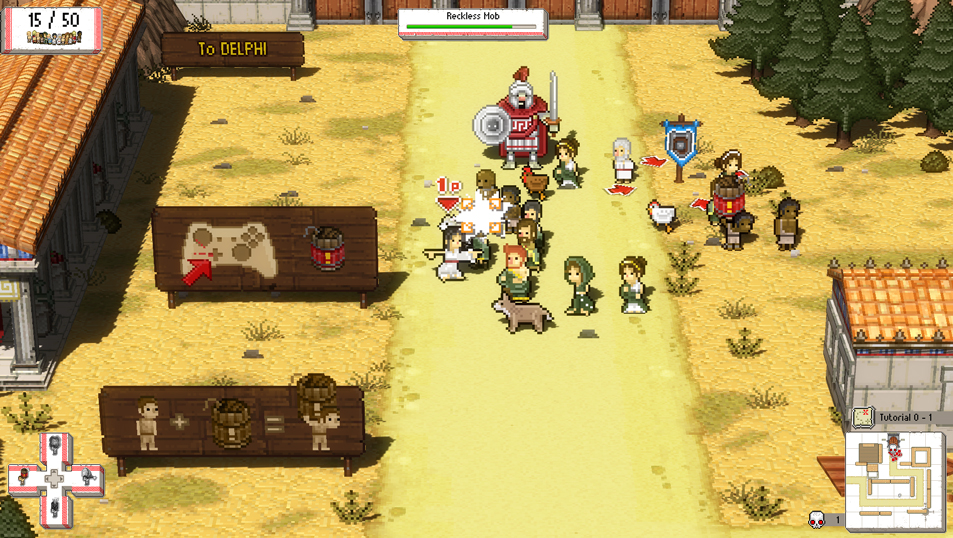 For me at PAX South 2016, I had a stock of three philosophers (think lives), and took to gathering and controlling the mob very quickly. The little sprites and the simple buildings come together to make for a pleasing and somewhat unique art style. This, and a peppering of famous musings, makes for the game's presentation. As much as I enjoyed the aesthetic, it became secondary as the game became frenetic very quickly, with all sorts of large, mythic enemies filling the screen. 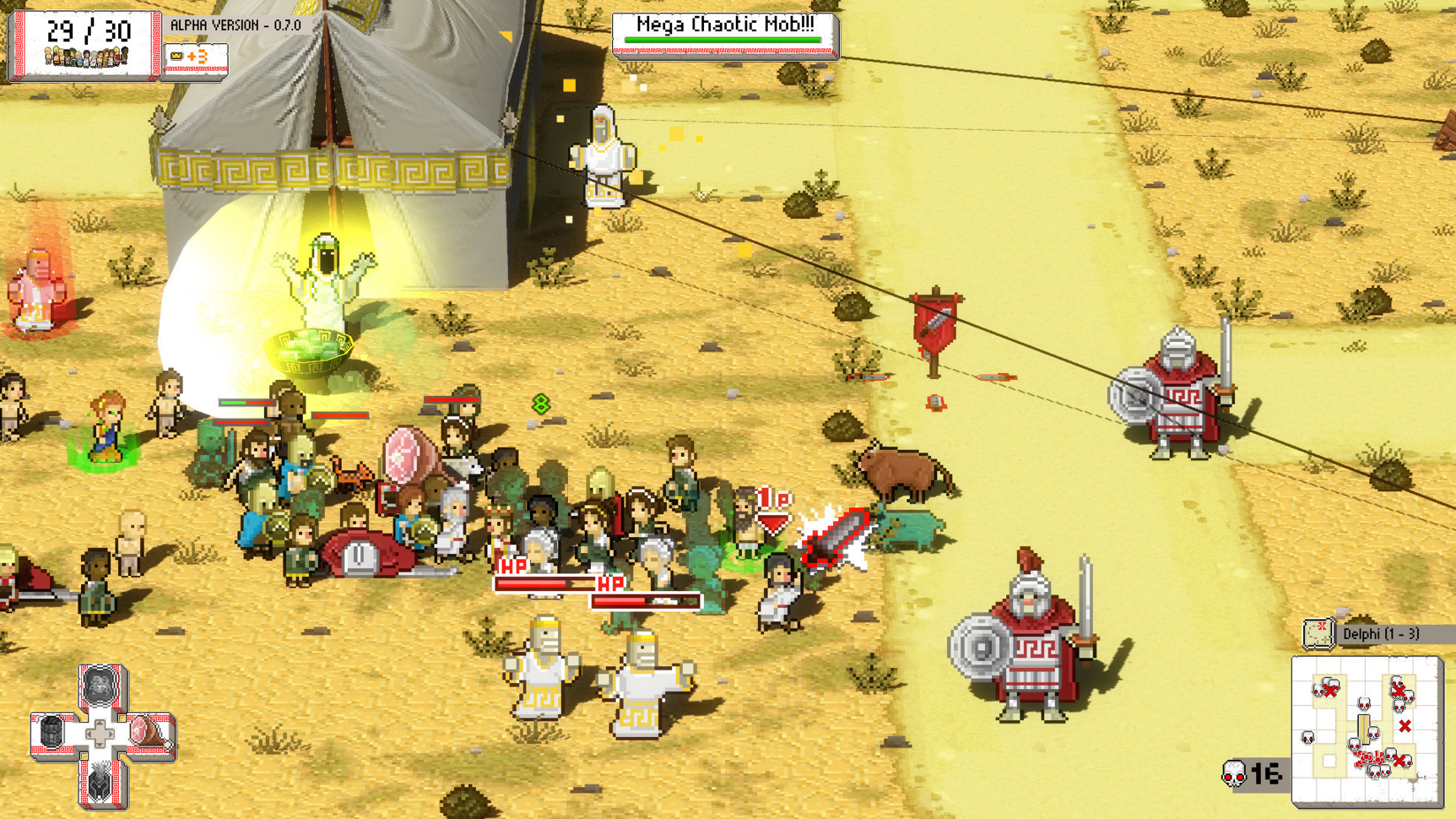 It's here where I became embroiled, and to be honest, did pretty badly. The game's co-creator, Roque Rey Ordoñez , who I later learned is the half of the Coffee Powered Machine dev team that likes 'Pikmen,' was partially observing me and explaining to someone else as I dug a great big whole for myself. You see, with the right stick and the shoulder buttons, I told the mob to either attack (the mob will follow my war banner cursor) or defend. I got defense right, as the I could quickly take cover when the cyclops would do his strong, raining, attack. But what I was missing about the attack command is that, even though it seemed like there was a constant flood of enemies, the mob needs some respite. By holding the attack button down, my mob got tired out, and had a hard time finishing off enemies.

With enemy magic casters, sword-bearing angels, and other rage-filled creatures chasing me around the map, I tried to stall, which resulted in nearly every building that my mob had not torn down, being torn down by enemies. Fortunately, before I was wiped out, I caught on to this rest thing. Clearing out the many enemies that had been chasing me, which was helped by using some special items, I was able to gather together a new mob and push towards the god on mob boss battle, which I have to say was pretty epic in scale. 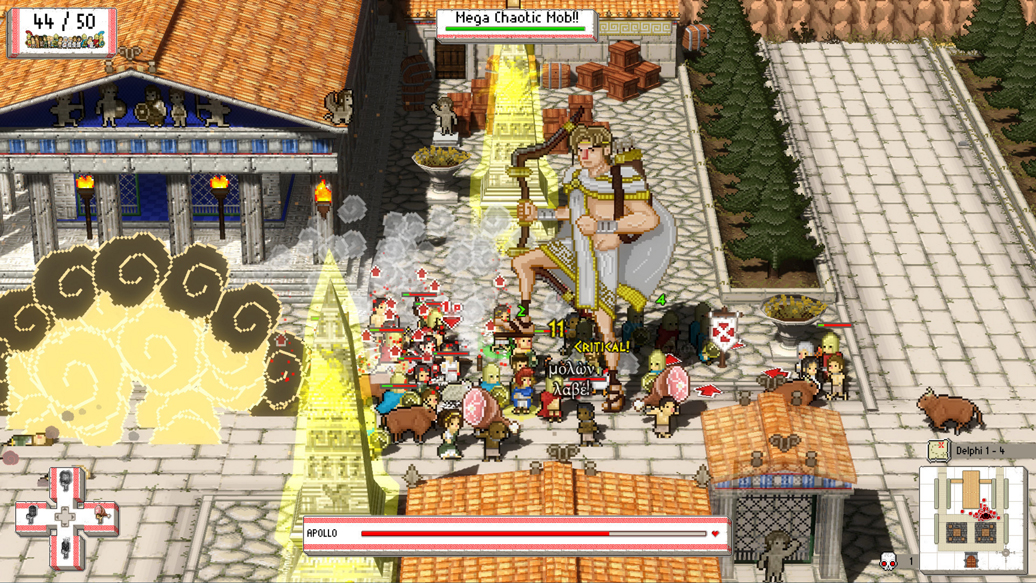 It's funny how much the game lends itself to comparisons with 'Pikmin' or 'Overlord' before you play it. Afterwards, it's very two-sided. On the one hand, it's interesting that Devolver Digital has tapped this unconventional Grecian game for continued production, but on the other hand, the mob on mythic gameplay is enjoyable, no doubt helped by certain procedural elements. For now, I'm attracted by the idea of becoming expert at gathering and conducting the mob. 'Okhlos' is expected to hit Steam in April.

Let the gods trouble at our approach, and should the philosopher go down, another will rise instantly to take their place.