Beckon the Furious Soul: You Don't Want to Miss the Beautiful 'Nioh'

Take it from this unabashed 'Dark Souls' fan, Team Ninja and Koei Tecmo have given the world a gift. The alpha demo of 'Nioh,' which is available to download and play now through May 5th on the PS4 (get it here), is something special. 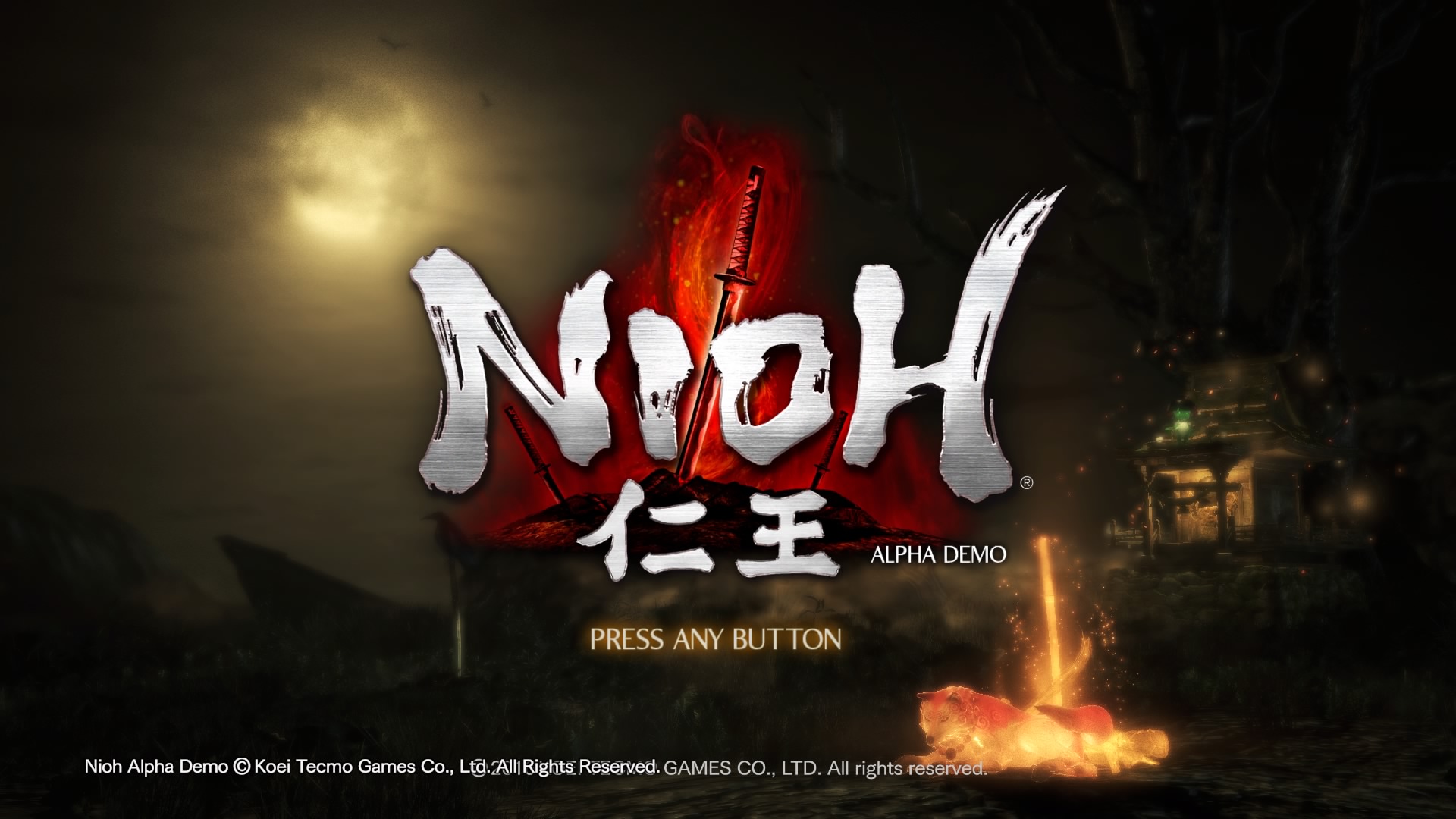 Fresh off of a review of 'Dark Souls III,' I've put in some time thinking about what it is about those games that so fascinates me. 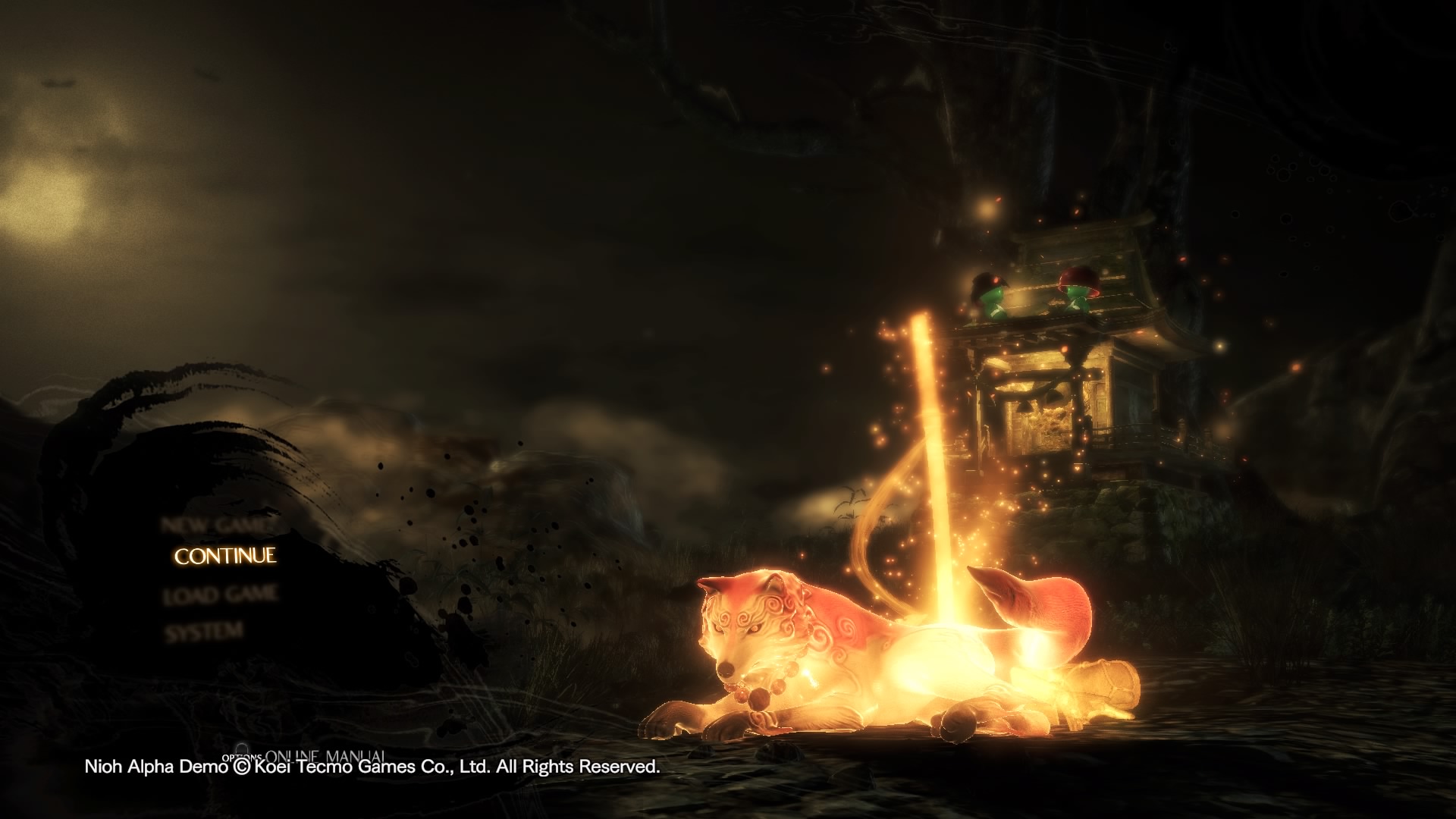 But with this 'Nioh' alpha demo, I'm stunned. Not only does the experience ape much of what works so wonderfully in the original 'Dark Souls,' there is a true advancement. There is health and endurance, there is attacking and blocking, and of course, there is dodging and rolling, but this is just a framework. The melee combat system includes a weak attack and a strong attack, but this differs not only by way of weapon type (sword, spear, or axe types), but also, of fighting stance. The player can switch at will between a low, mid, and high fighting stance, and as progression is earned, so are attack and defense techniques like combos and guard breaks. While I basically know nothing about how to manage a katana in real life, the control options offered in 'Nioh' are enough to make me feel like a master. 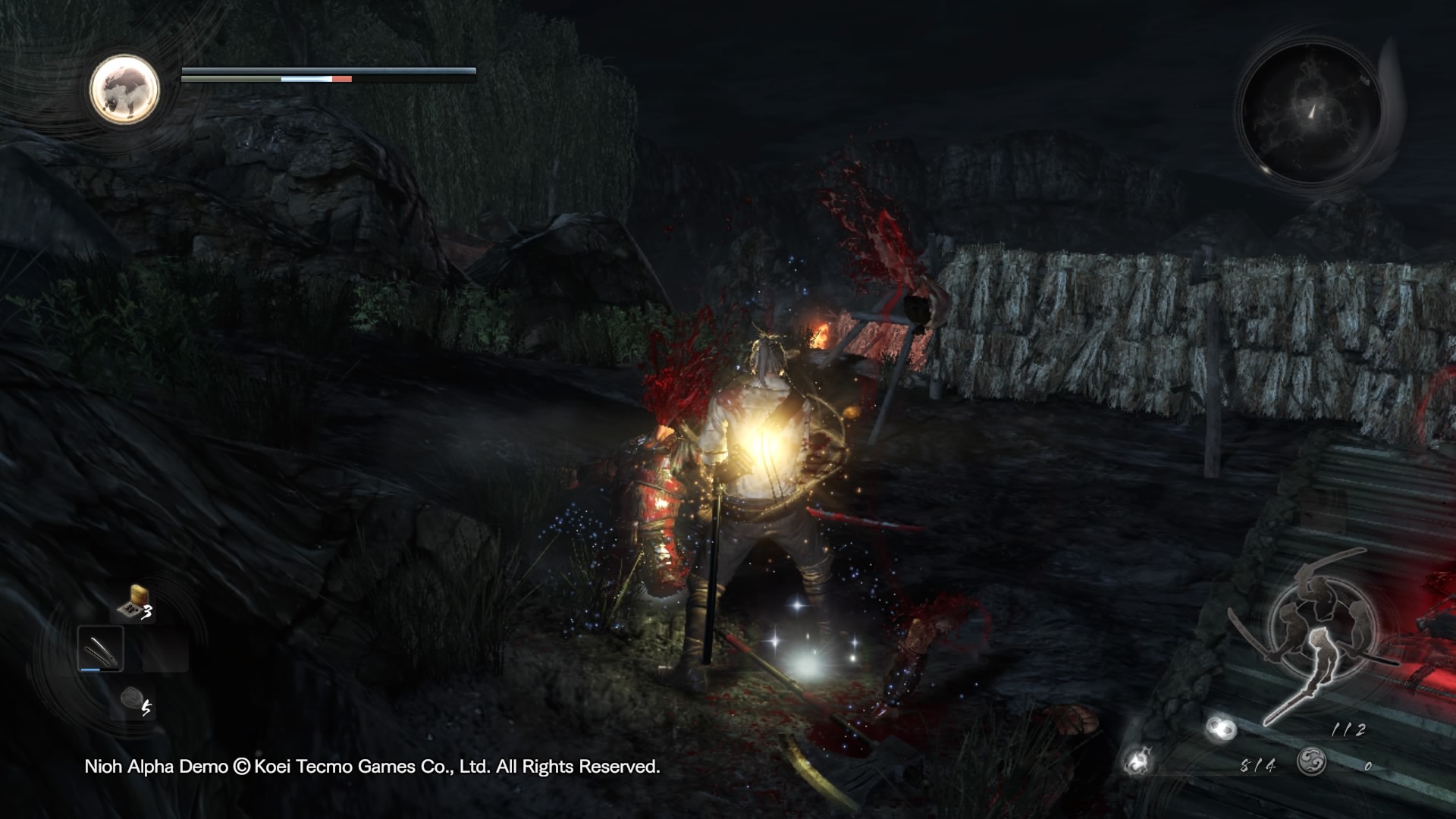 That is, of course, when I don't feel like a fool. 'Nioh' has exhibited an awesome willingness to empower each enemy. By that, I mean that every enemy in the demo, including that first loser on the beach, can potentially end me. I can't count the number of times I've attacked that first guy, fallen short of a killing stroke, only to be left on my knees, out of breath, wondering if I'll be able to stand again and defend myself before taking a big heap of damage.

This is simply a weak description, but my point is that, the challenging and rewarding aspects come together here. A few deaths in, and I wondered if I would be able to go on. But as I learned the way of the combat, and I picked up some armor pieces, and gained some levels, I became completely enveloped by the game world. I learned how to snipe at enemies with the bow, how to set my blade on fire, how, at my ebb with the first miniboss, my guardian spirit could be unleashed to empower my attacks. 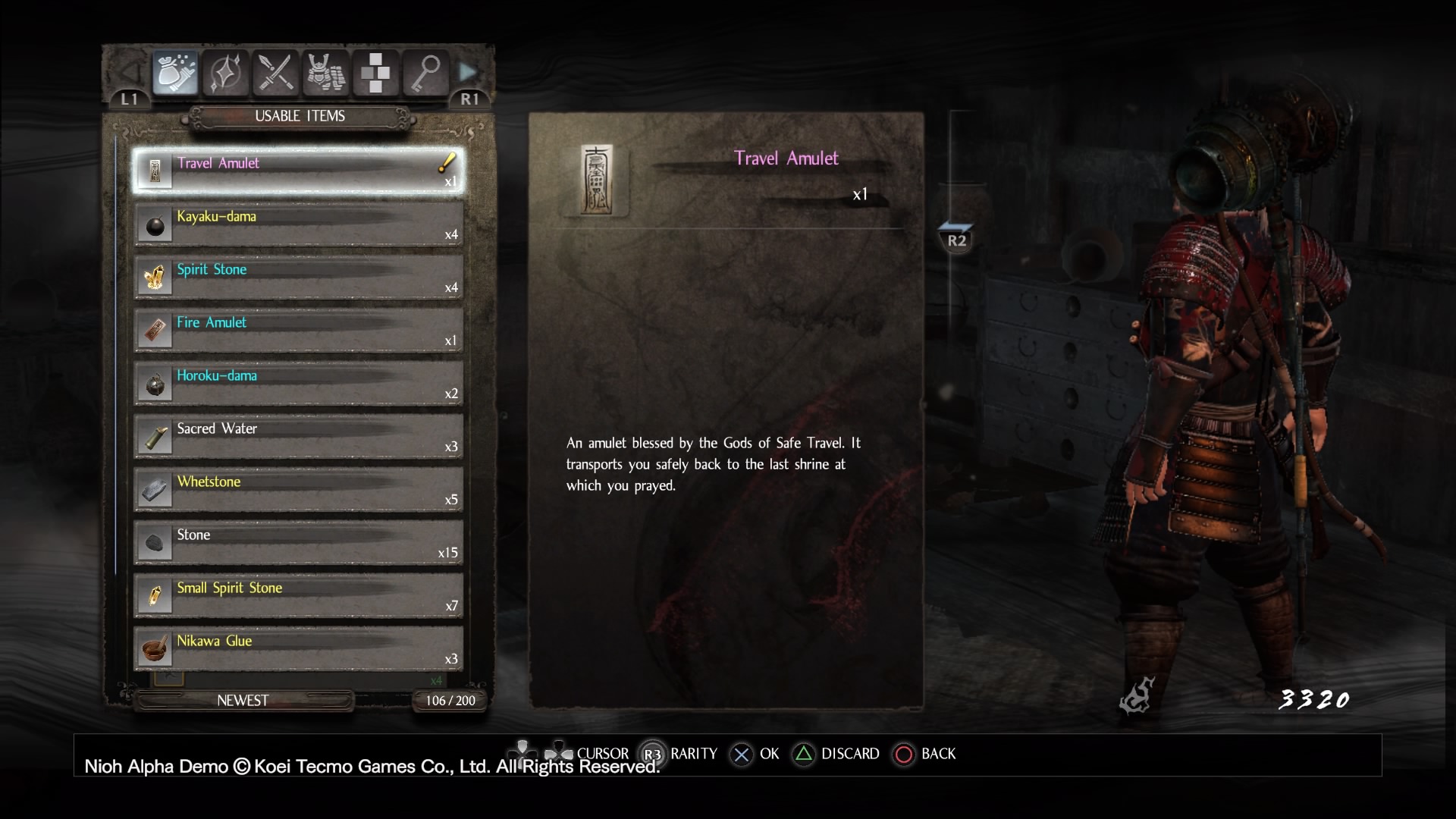 The leveling system, the weapons, armor, accessories, the knell filled landscape, the human and yokai enemies- each of these is excellent in their own right, but the combination is intoxicating. And of course, dotting the landscape are bloody little mounds of other players. When activated, these reavers arise, and if I'm lucky, I can put them back down and pick up some great loot.

And while I used my 'Souls' experience to my advantage, I still stumbled plenty. One thing that is tricky in 'Nioh' is understanding when to block/guard and when to dodge. Even in mid stance, I was surprised to find that guarding can be more useful against certain enemies, even ones with heavy weapons. When facing multiple enemies, however, forward dashing into a multi-enemy strike could mean that I could stave off freedom from the mortal coil. Lord knows that running away usually ended badly. I also, despite knowing better, let myself get heavy with fancy armor. (It really takes me back to my first hours in 'Demon's Souls') 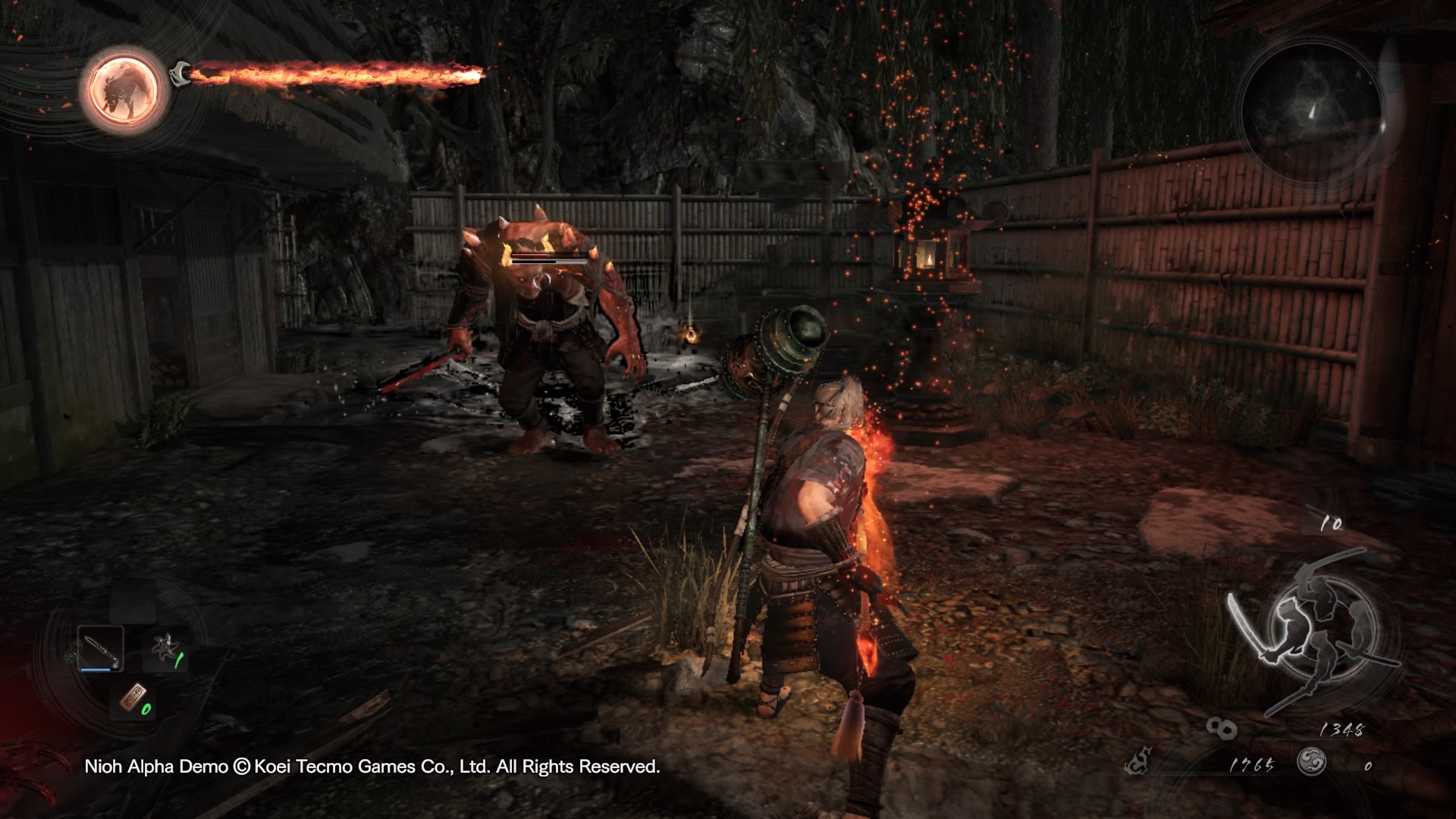 Combat isn't perfect. Pieces of the environment, like the ever-present trees, often get between the camera and my character. When a Yokai is doing their crawl and attack lunge and I'm able to dodge, I have found that a suddenly crazy camera can portend my imminent death. All it takes is getting tired out from a few attack swings to leave me frozen and panting. 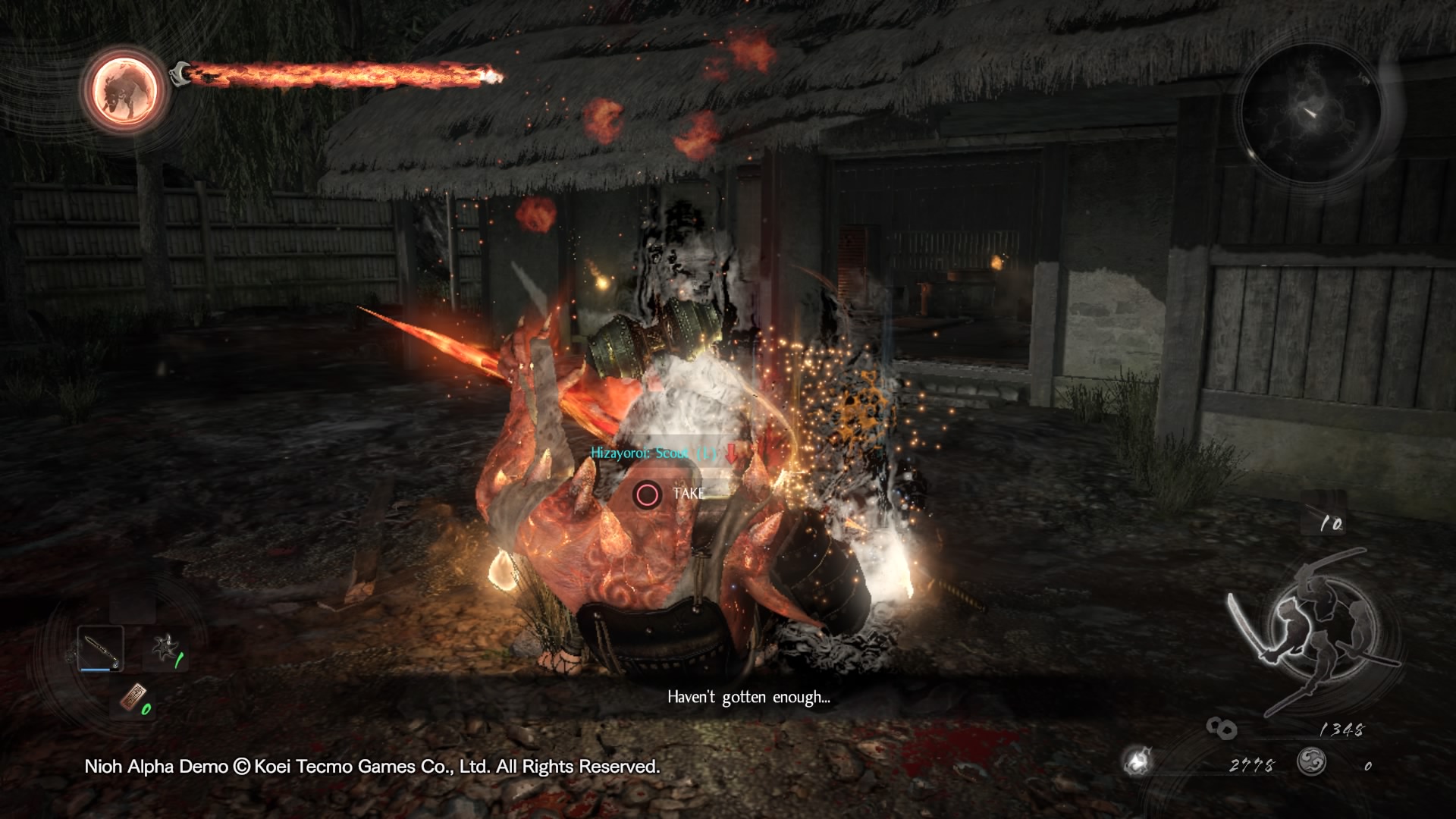 Still, it's a beautiful and addicting demo. It's great that completing it will get players 'The Mark of the Conqueror' in the final game, but the real reward is that special challenge. So go kick a ladder down, guide a spirit home, try to repair that favorite axe, and make it back to the spirit animal that guards your grave.