'Deus Ex: Mankind Divided' Is Poised to Bring Players Complexity Under the Guise of Ultraviolence

A next step in the making.

'Deus Ex: Mankind Divided' is still a long ways from release, but Square Enix has elected to share an early look at the game that is perhaps more telling than the publisher realizes.

This new world that began in 'Human Revolution' is approaching untenable. With the player in the role of Adam Jensen, several powerful factions are lining up at odds with both the practice of human augmentation (referred to as "mechanical apartheid"), and the less sci-fi sexy struggle over human will. Jensen is in the middle, having now ascended fully into the classic role of an intelligent operator without an obvious path, banner, or leader to follow. 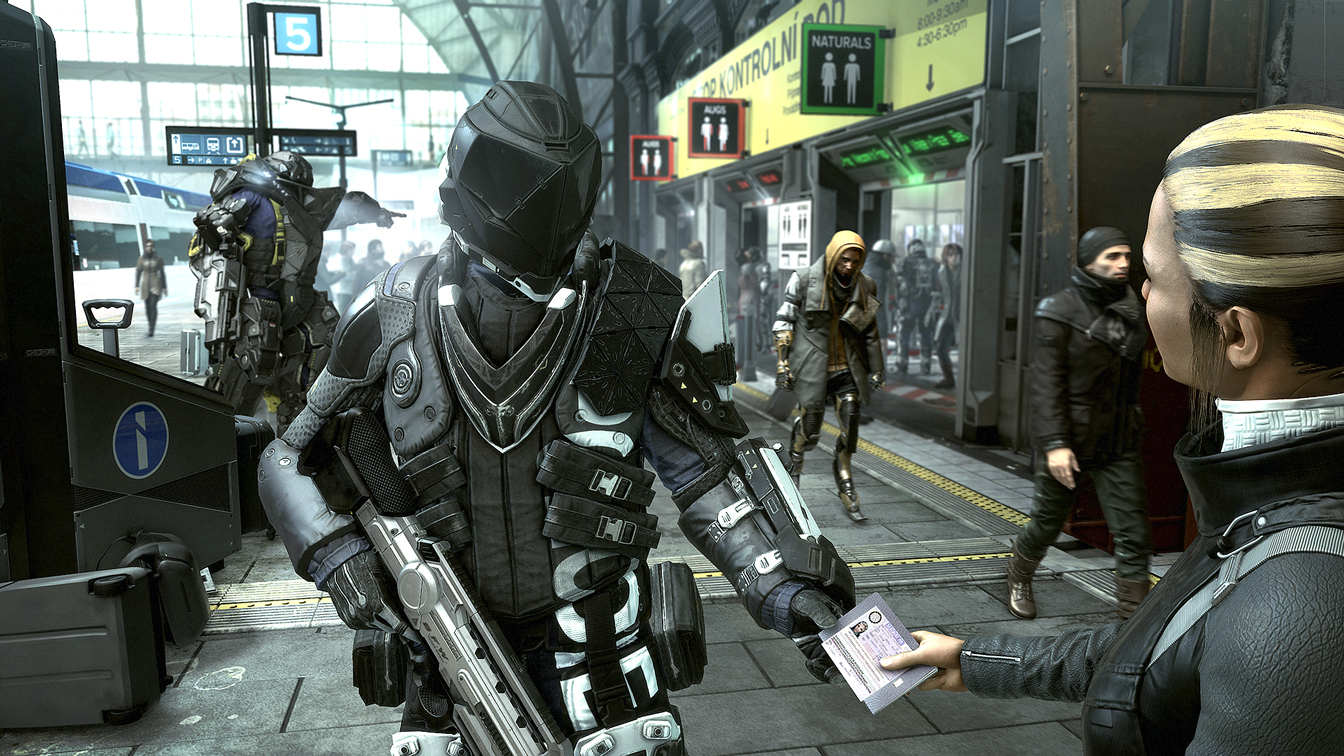 But set that intrigue aside, and consider the new setting immediately on display. 2029's Prague is a scary place, with terror attacks and random searches all-too frequent. This is pretty standard stuff for games, comics, and other fiction, but the choice of Prague speaks directly to the struggles of the Czech people in the 20th century. The area's natural and man-made beauty as seen under the shadow of a totalitarian regime immediately calls to mind an unjust state of affairs. The visible and violent tension surrounding the augs and non-augs further adds to this complicated mix.

Make no mistake, 'Mankind Divided' is well-suited for any player that desires direct action as a means to resolve conflict. Jensen's propensity for violence through direct attacks and abilities is more potent than ever, and by enabling players to play the game in a popular action-based way, Eidos Montreal and Square Enix can be sure the game is appealing to the largest percentage of mainstream audience. But at the same time, 'Mankind Divided' isn't openworld game number 257. (It's still hub based.) Instead, there remains not only nuance in playstyle, but even in how the player fits in the world. 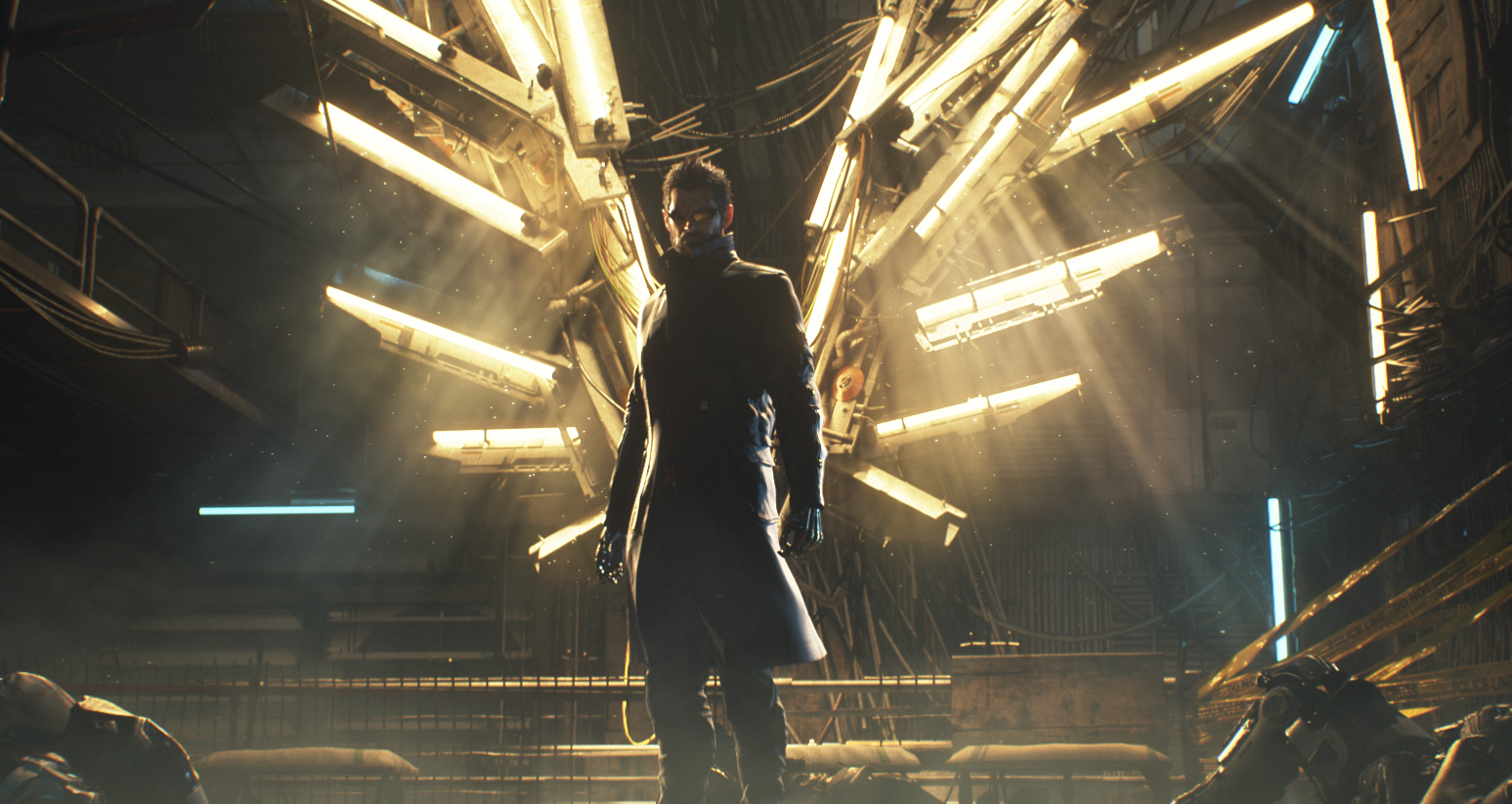 With Jensen in pursuit of the Augmented Rights Coalition leader Talos Rucker, the player has both stealth and non-lethal attacks at their disposal, but should things turn lethal, it isn't surprising to see the typical video game dissonance at work. After all, these enemies are hostile and in the way of the player. At a minimum, it's understood that Jensen's commitment to his assignments is of greater importance than the fate of enemy thugs. And yet, when facing Rucker in a battle of words, Jensen will come face-to-face with a consequence of his rampaging. Even very clever players may find it extremely difficult to talk their way out of that consequence, and this will lead to further consequences. 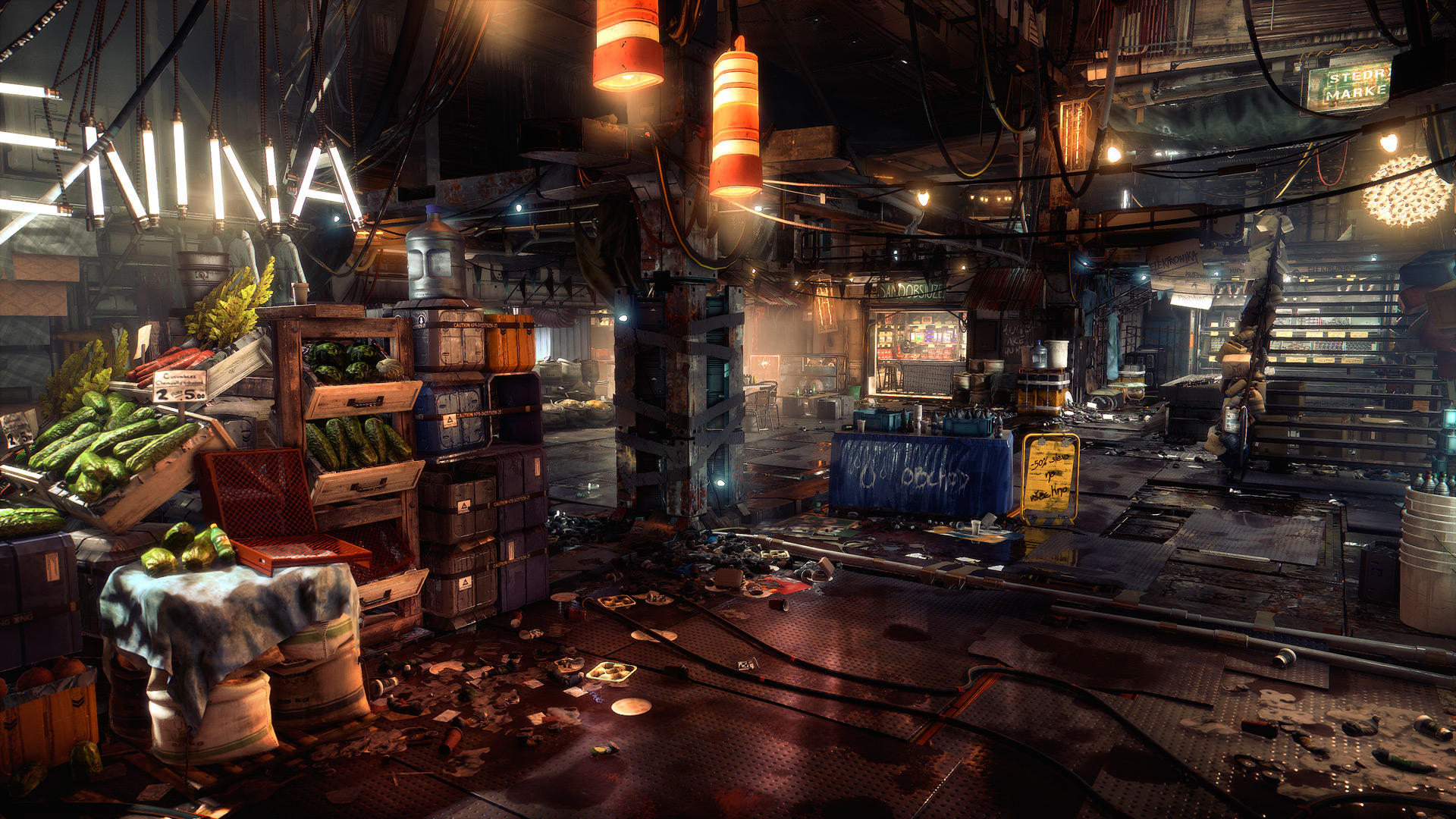 At the same time, the target of pursuit, Rucker, will continue to muddy the fractured state of the game world's various social entities. If the player can be influenced by Rucker to a different course of action while at the same time turning the overall plot and narrative themes on their heads, then the complexity that 'Mankind Divided' aspires to will be achieved, at least in that part of the game.

Also on display is the depth presented by the augment system. Eidos Montreal is looking to make sure that players are empowered in their gameplays paths, able to make active choices (unlike Jensen's perpetual reactive choices). If 'Mankind Divided' featured a dozen lethal attacks and one non-lethal, then the non-lethal approach would be invariant, and unviable except for those willing to forego a diverse approach. (This may sound unlikely, but many games have been designed this way.) 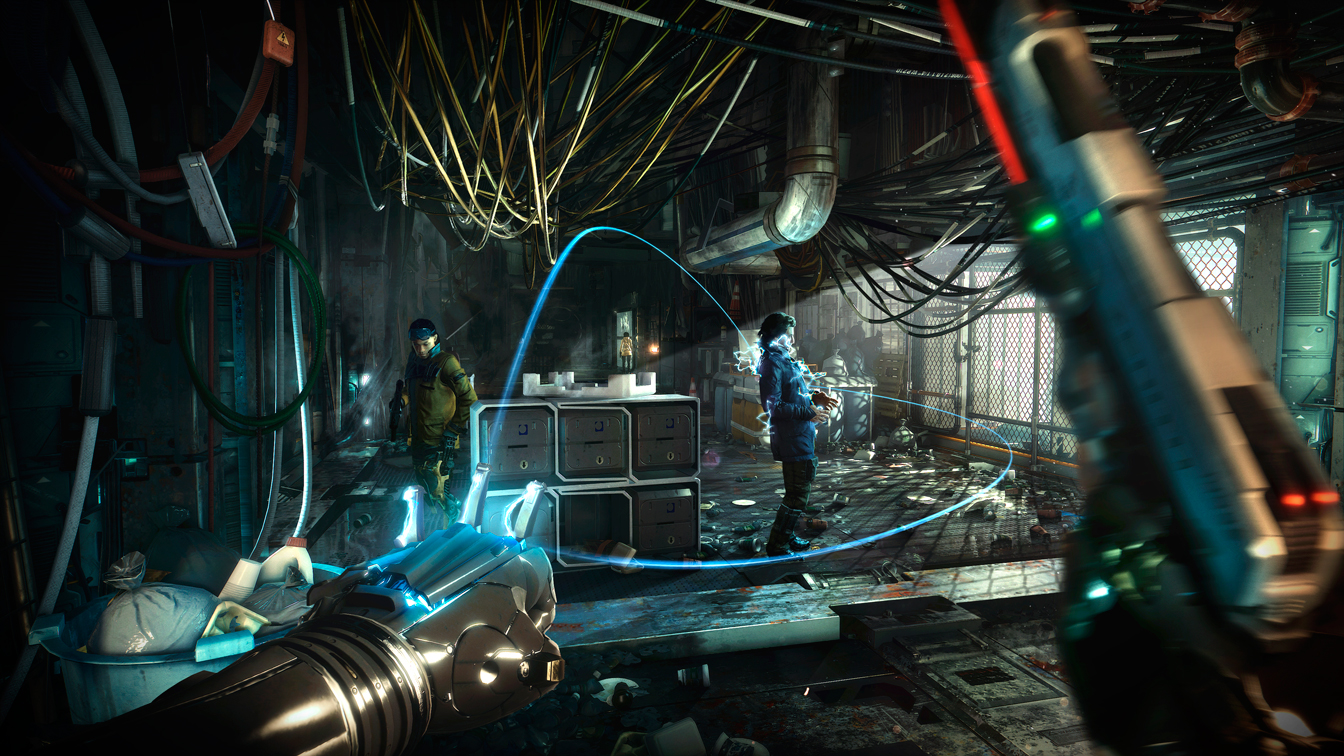 Knocking out enemies Tesla style still presents its own challenges. With more vertical areas to explore, the importance of hacking is maintained while opening up the playable area. (The actual hacking looks worlds better than 'HR,' but looks to maintain the same design.) Through a much more robust system of augments, abilities, and ammo types, players should be able to exercise depth regardless of their preferred approach. 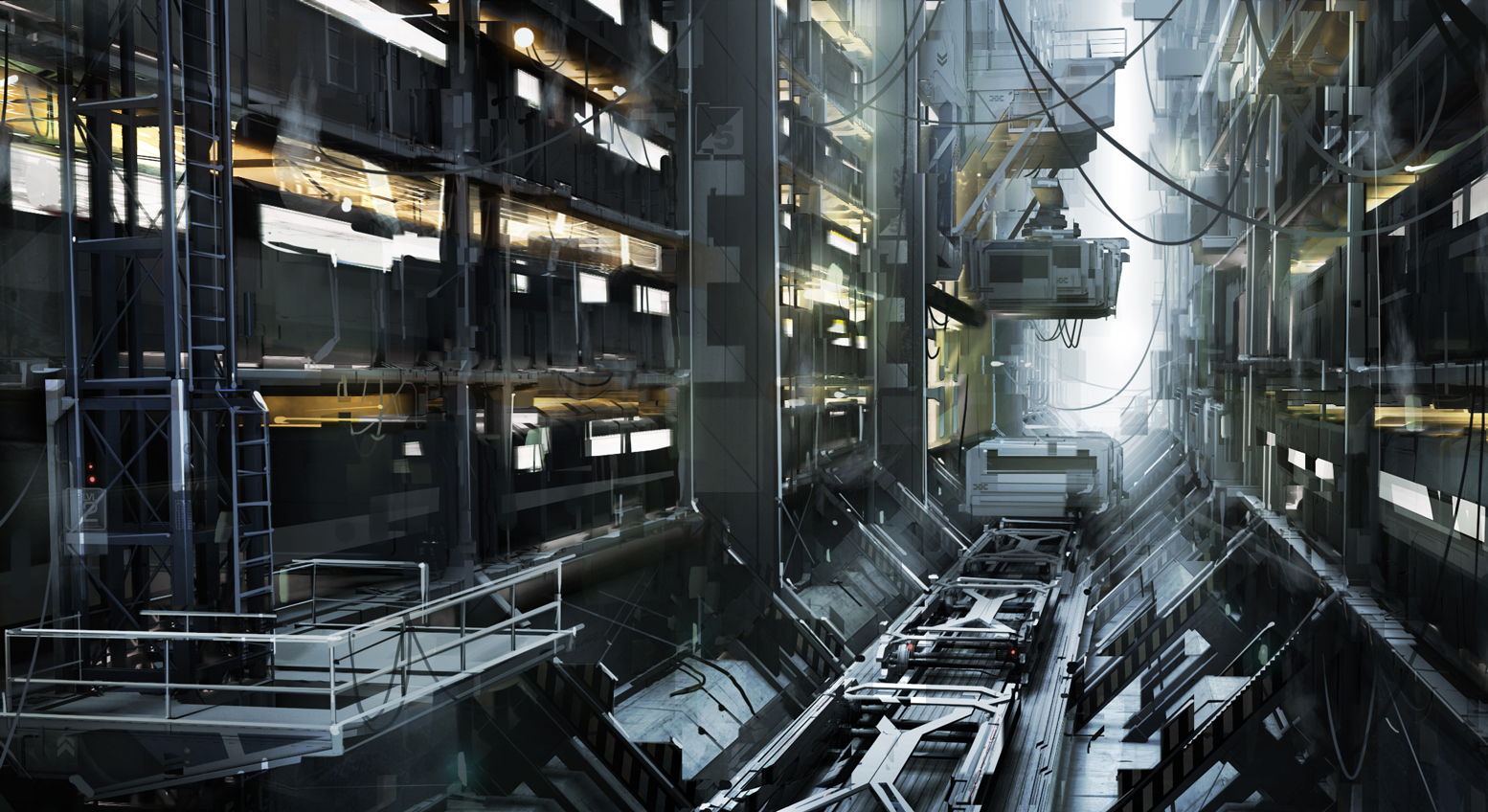 There's a certain irony here, as the gameplay of 'Human Revolution,' boss problems and all, was still well worth consuming (though I do think my Jensen had to squat around a lot). My personal reaction to 'Human Revolution' had to do more with what I felt was empty style. In contrast, 'Mankind Divided' appears to be more meaty in substance (thematically) and more hearty in terms of gameplay style and variety. All of this promise is without an apparent threat of succumbing to an openworld cookie cutter mission design. 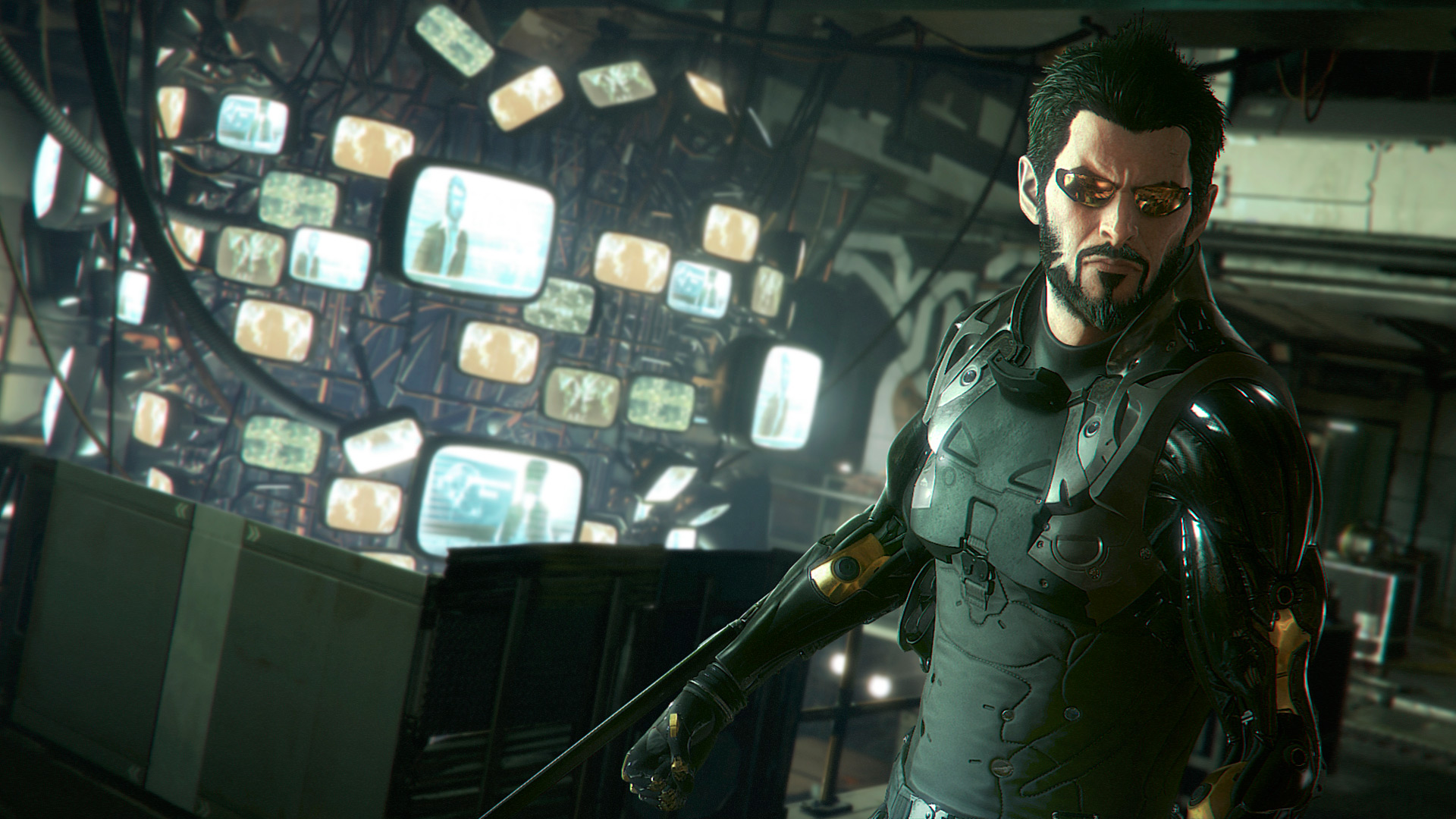 For now, I don't think I could be more pleased with the progress of 'Deus Ex: Mankind Divided.' There is serious potential that Eidos Montreal and Square Enix may once more catch lighting in a bottle.